Zaghoul Member, Moderator Posts: 4,180
March 2017 edited March 2017 in Off-Topic
So I have played PnP DnD since it first came out. Some of you older players might remember this as well. I bring it up just because the reactions to the game are not the same anymore (i think). Anyway, I can remember there were murders by a student at NC State that was being blamed somewhat for his DnD playing. OK. THe dude had some mental issues.
Good ol Pat Robertson has talked on and off about the evils of DnD since the eighties. And I dont know how I saw it, probably flicking through stations at the right moment he starts ranting about DnD, even showing this pic from the 1st ed AD&D players handbook. He started going on about 'Here is some guy in hell fighting devils in such, how terrible an influence, blah, blah, blah.
ANYWAY, I remember thinking, OK, here is a potential player charcacter Paladin fighting AGAINST evil, so what gives Pat? Found it on the internet again. There are plenty of videos of him talking about D&D if you can stomach it, hehheh. 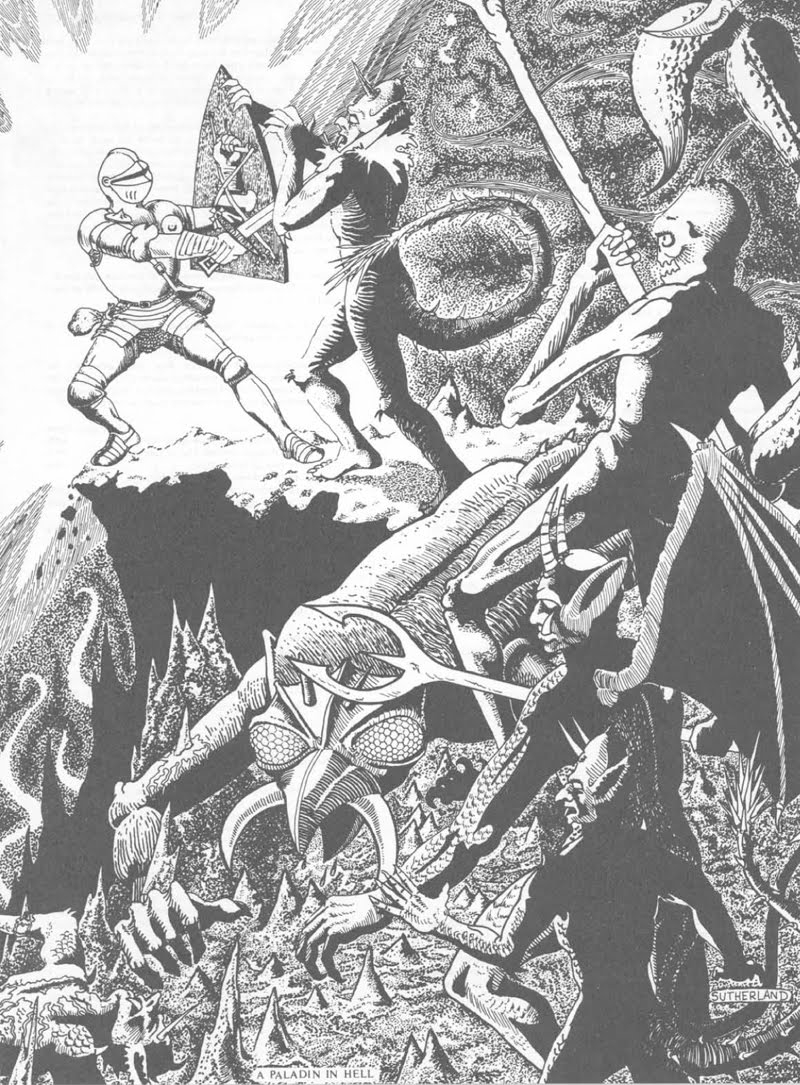 So, any of you PnP or computer gamers ever accosted with this kind of crap still?

For me personally , I never payed it any mind, but it was a laugh. Back then it helped develop imagination, reading comprehension, spelling, better on paper, (hehheh), appreciate diversity, and even basic math.