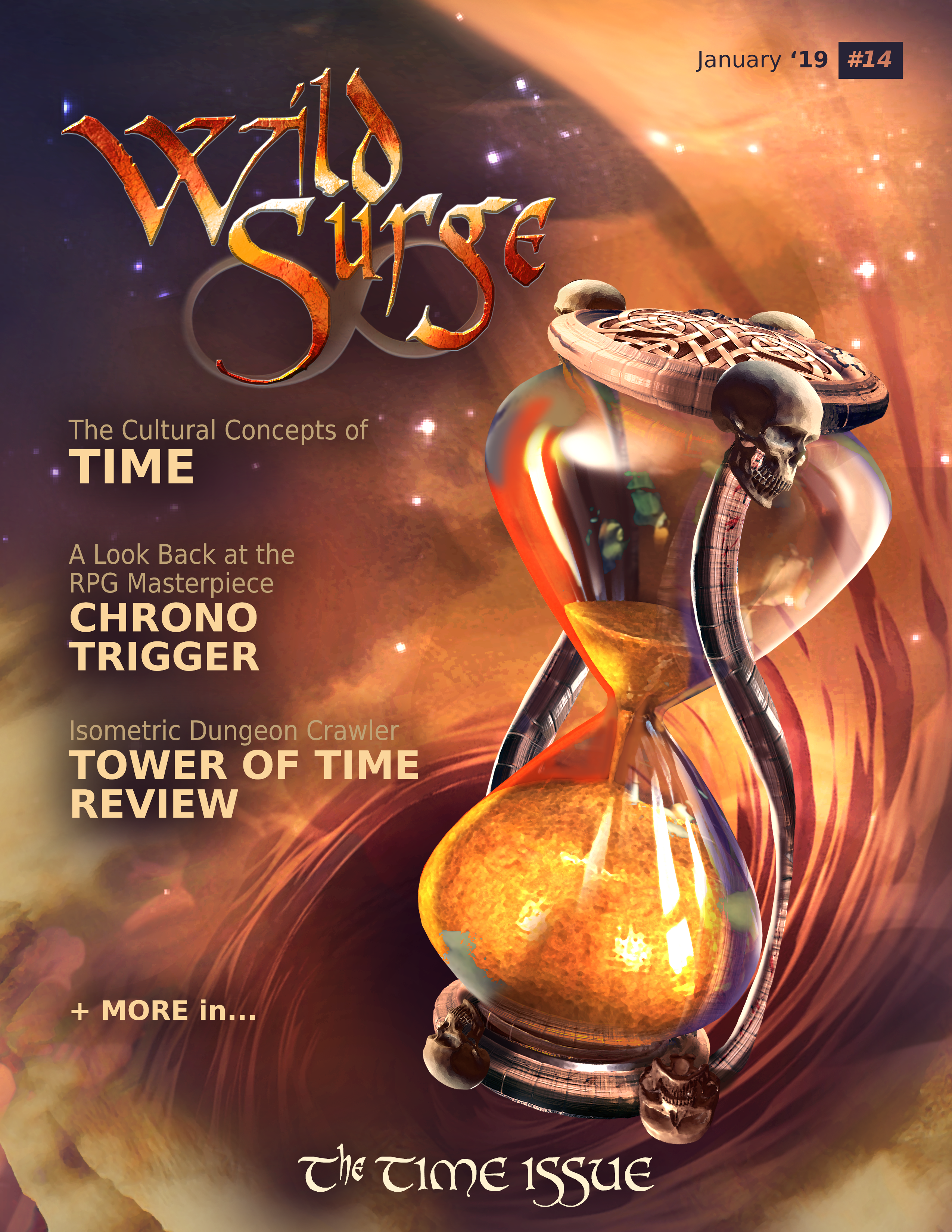 
The Latest Issue of Wild Surge is out now and it's about time... if you can't tell by the wonderful hourglass drawn by @ashafetov.

Procrastination and puns aside, the issue is literally about Time.

@mlnevese looks at how the topic of time has influenced western culture through different medias, while @semiticgod reviews the 2017 movie Happy Death Day.

We have 4 game reviews starting with @typo_tilly taking a look at Chrono Trigger, considered one of the best jrpgs from the Super Nintendo era, as well as the 1993 puzzle game from Blizzard, The Lost Vikings. @Rik_Kirtaniya also gives his take on the Prince of Persia: Warrior Within while @deltago reviews the isometric role playing game Tower of Time.

@Fandraxx is also back with music reviews of the Chrono Trigger and Chrono Cross soundtracks along with Avantasia's The Mystery of Time epic rock album.

We also end the issue with a short interview regarding Beamdog's next title, Axis & Allies Online. Thank Sarah and the team for answering a few questions.

The next issue topic is Star Wars, which we'll be releasing on May 4th.

If you want to write a review or look back at any Star Wars books, movies, shows, or games, let us know here or send a message to myself or @Deltago.