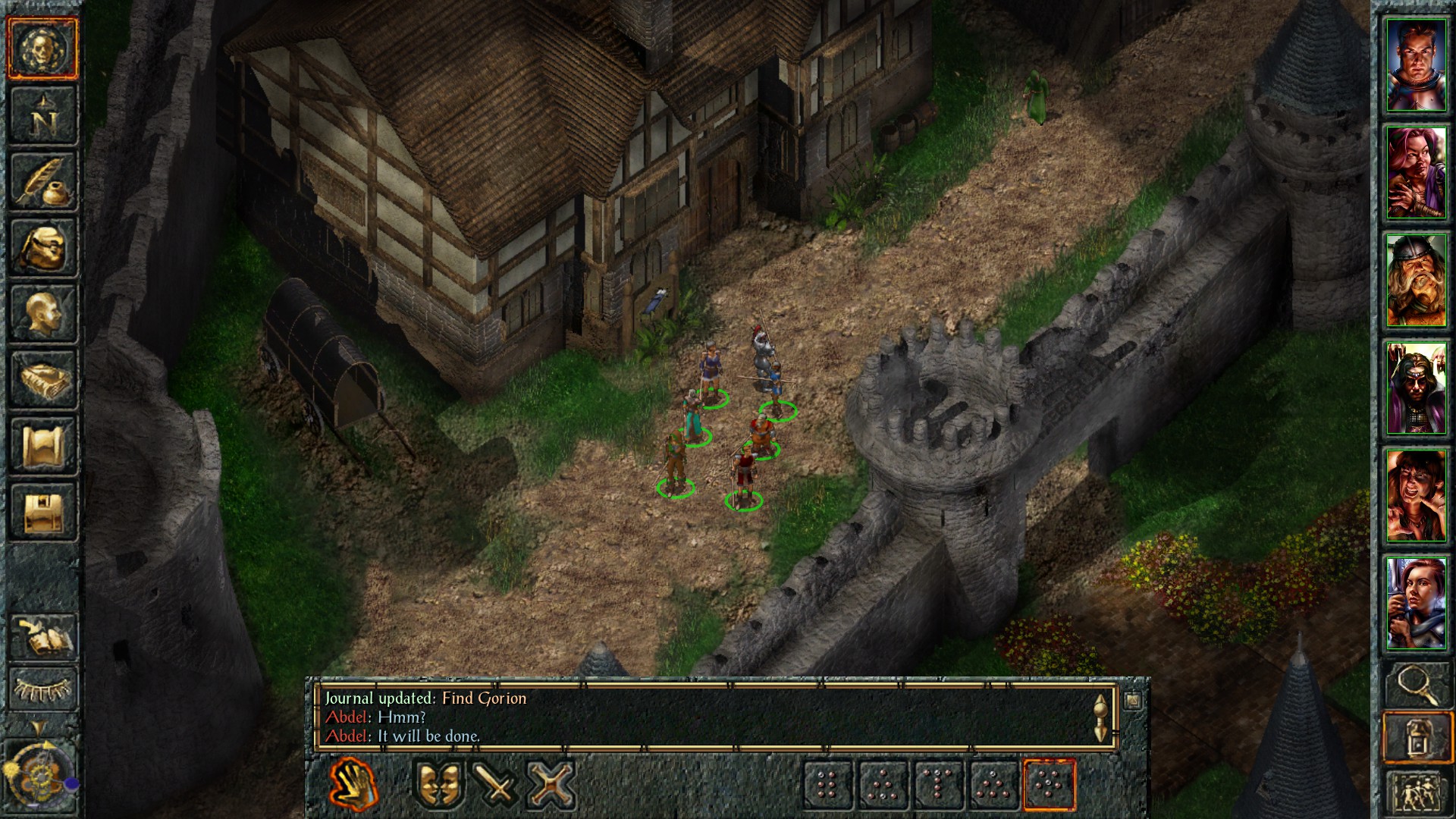 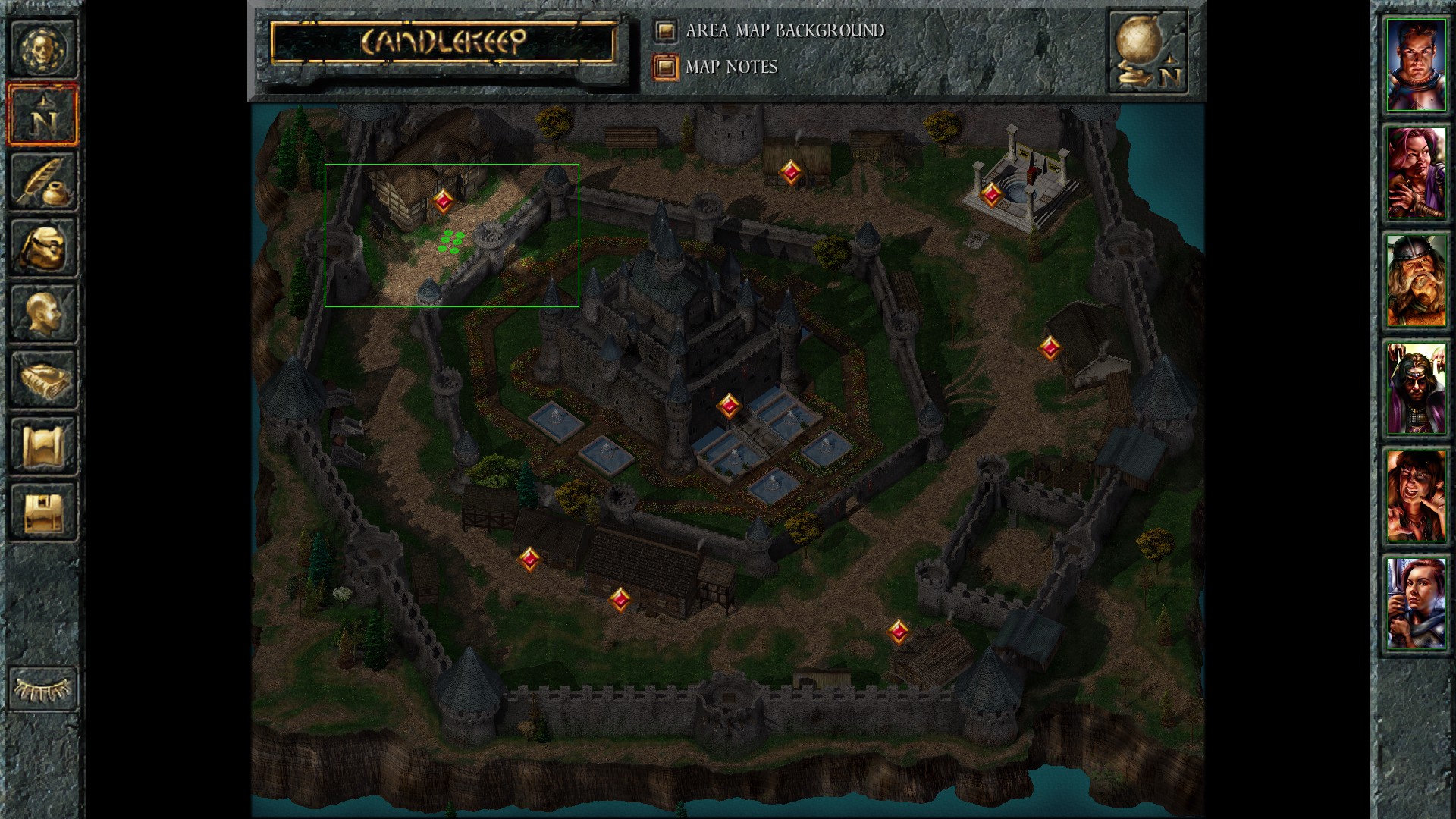 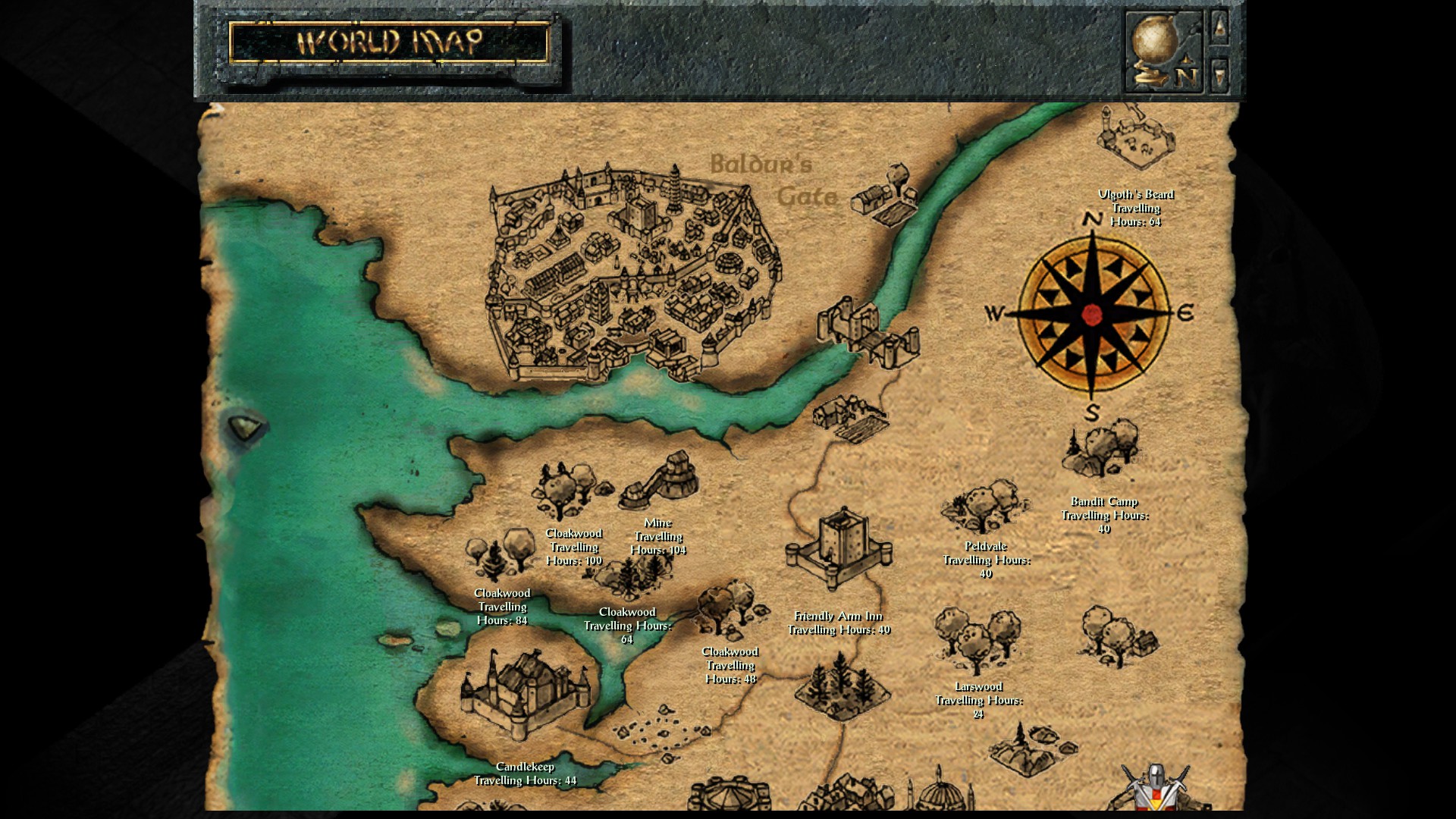 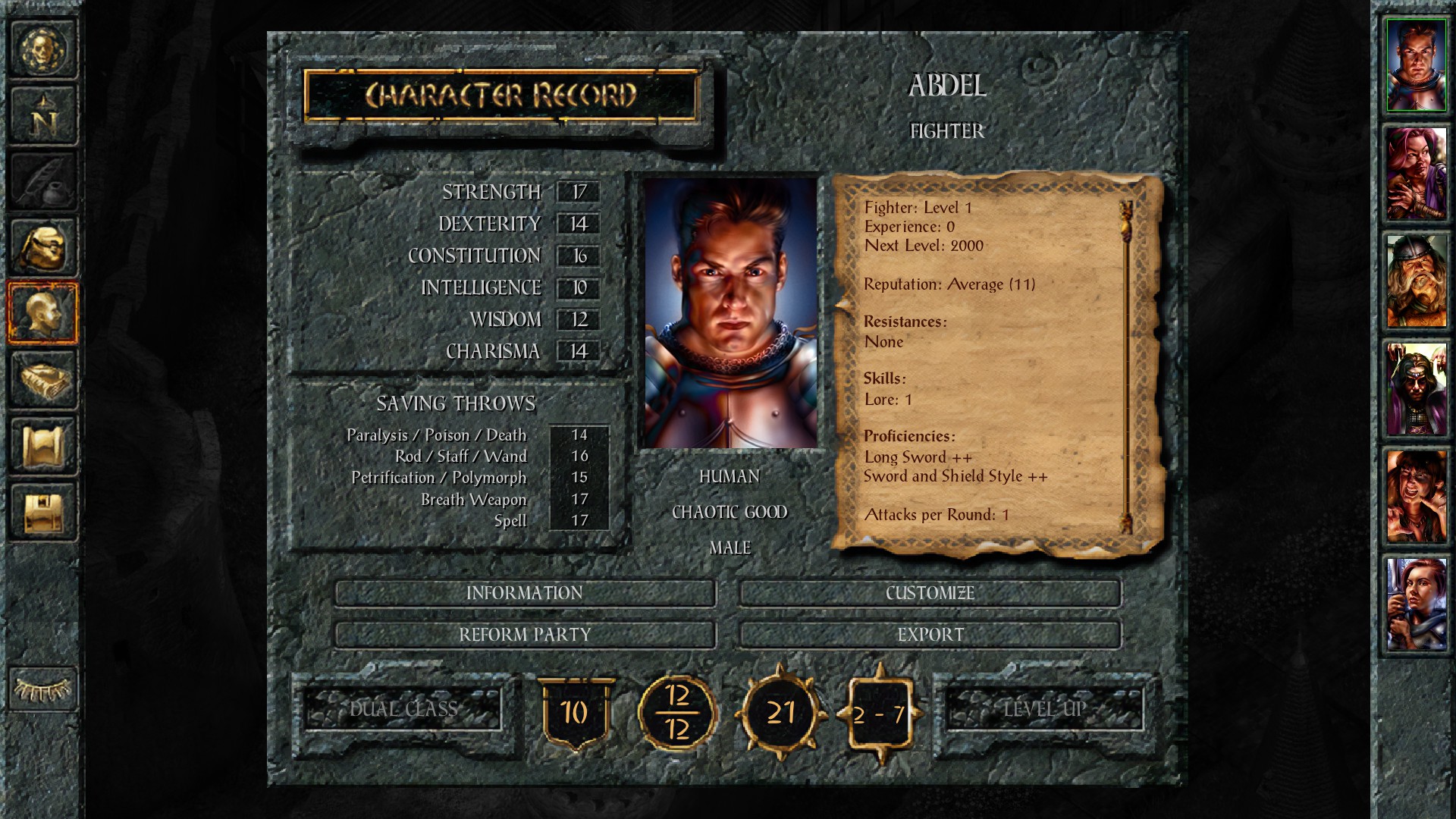 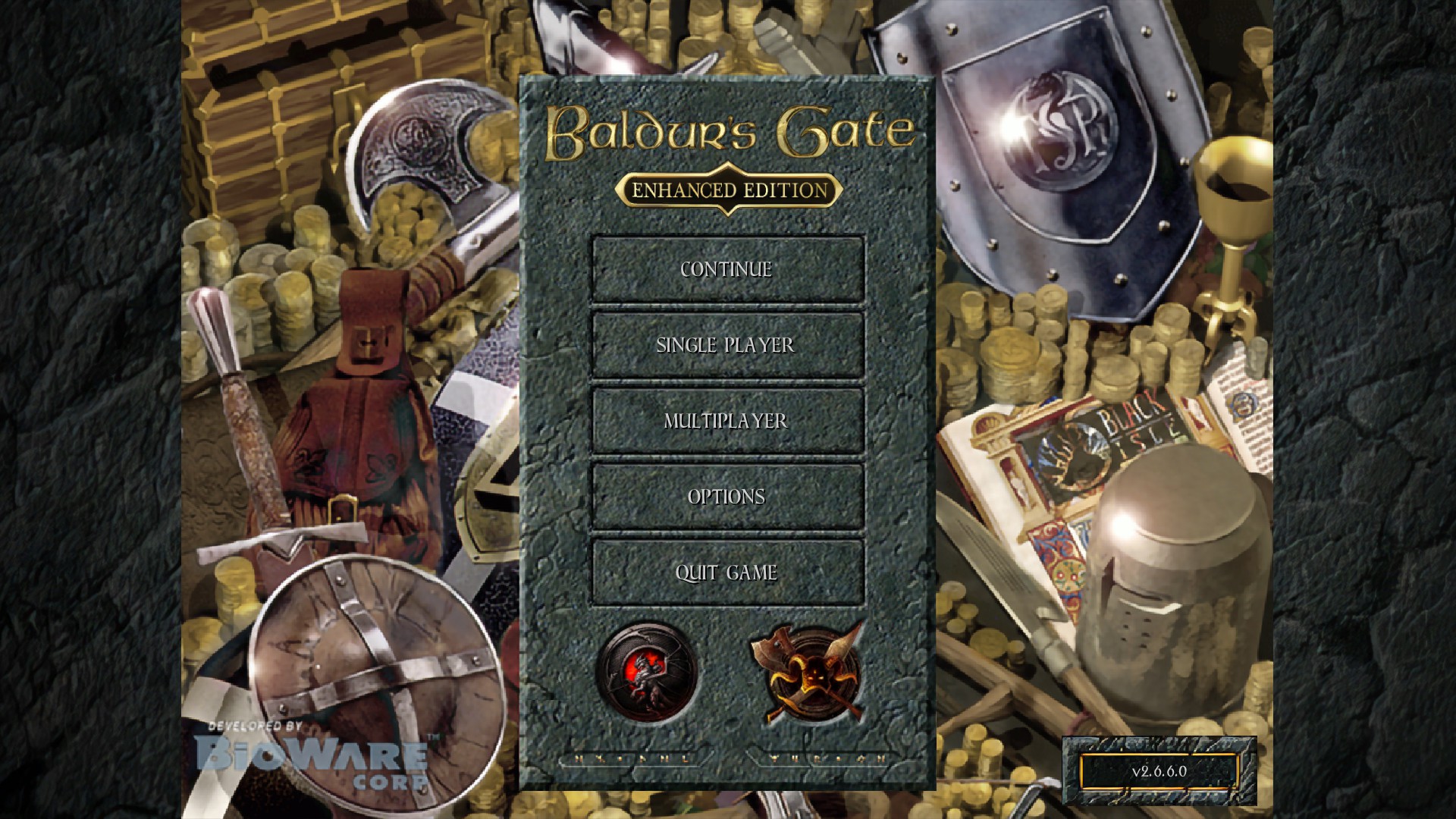 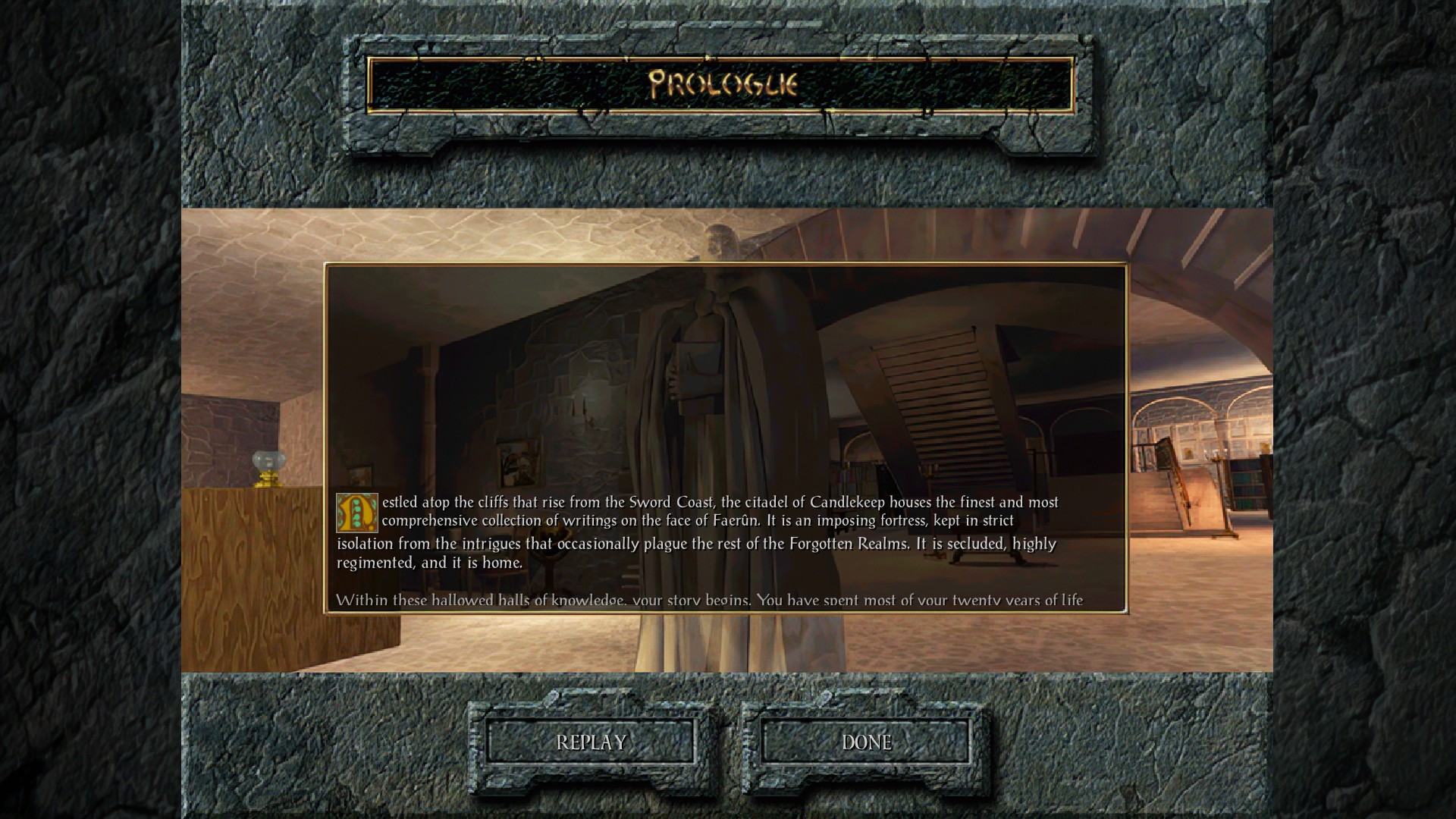 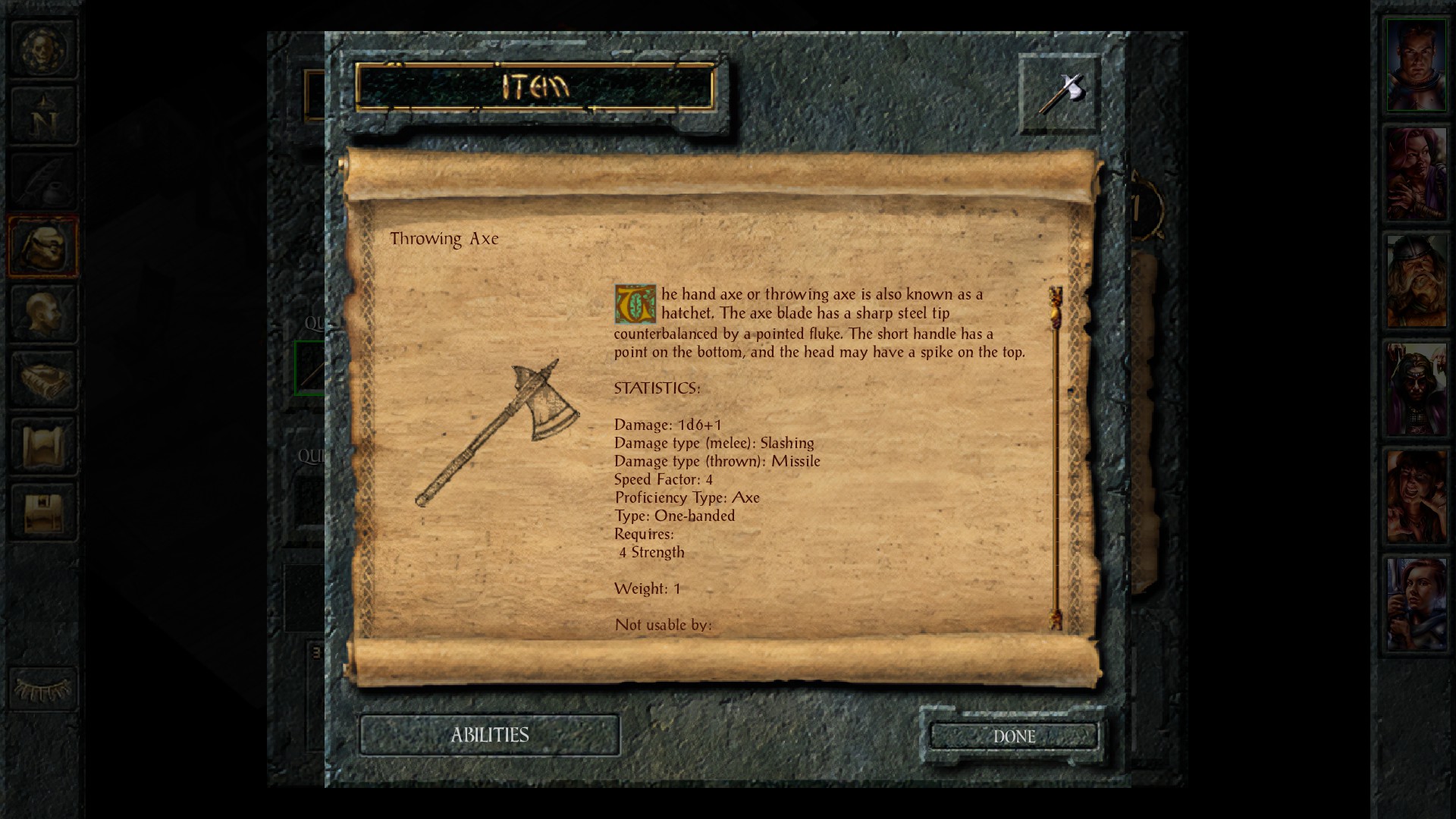 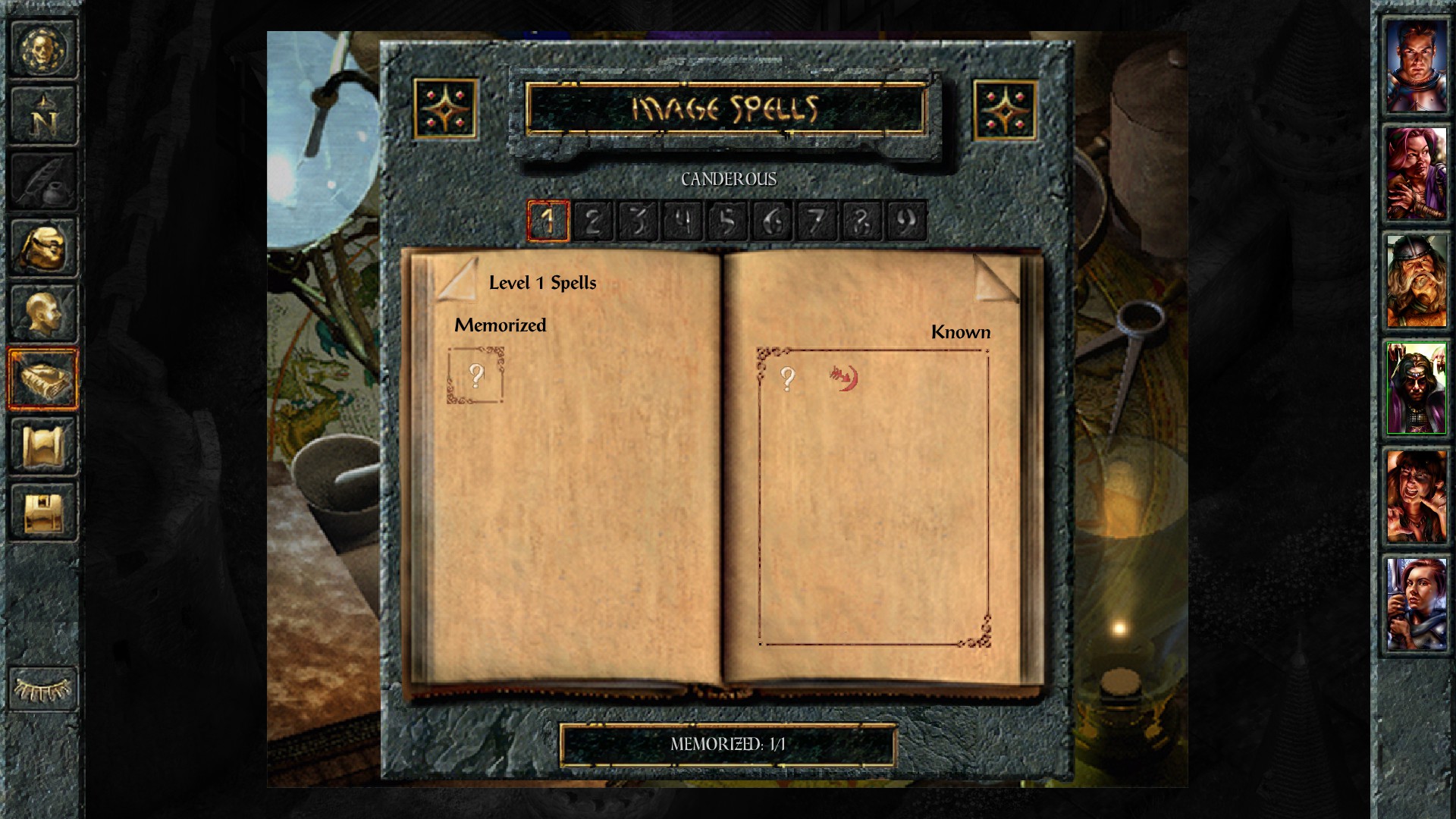 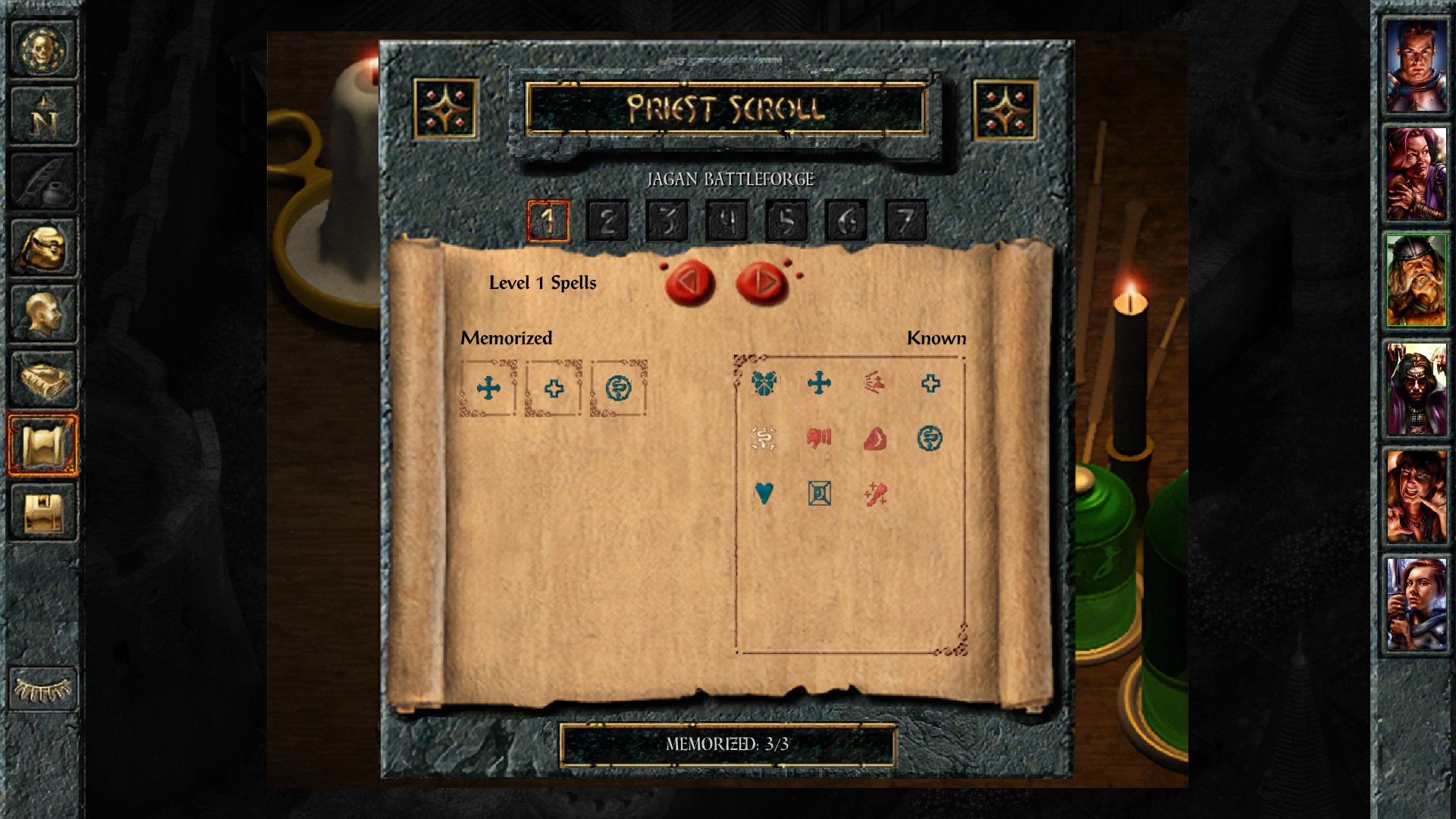 Installation: put everything you get from the archive into .../override. It will work on both Siege of Dragonspear and without, but without it, main menu is uglier and you don't get a donation animation.

For full BG1 experience you may want these mods too:
If you use Bubb's excellent Extended Spell Menu, I made a plugin that will overwrite icons to match the style of this UI. Install it last and override the base SoD styled icons you get.
Download 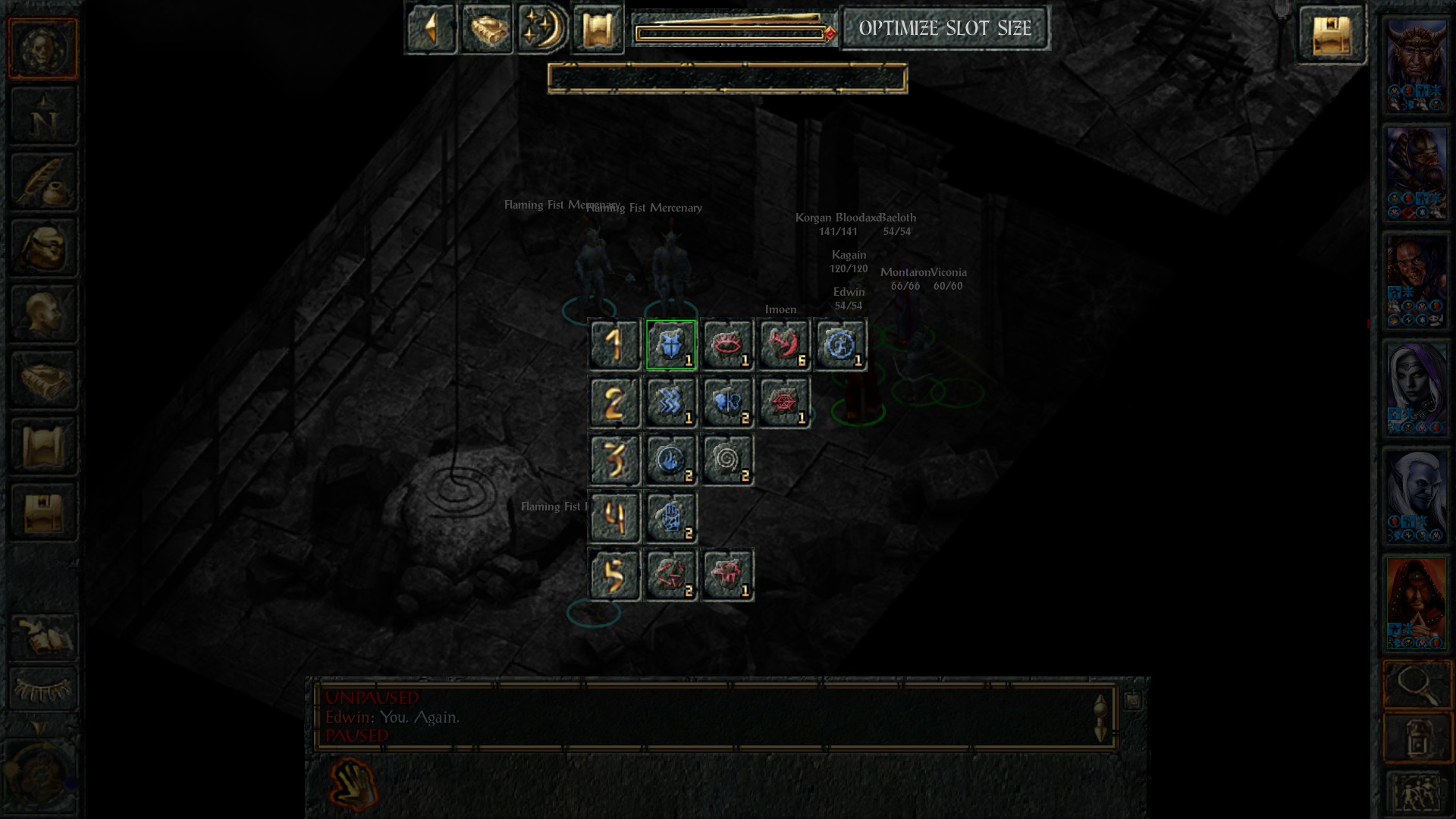 This mod will work with SCS, but you need to open UI.menu in a text editor and change to
If added Icewind Dale spells have gibberish names in Key bindings section, here's what you have to do:
make a new text file, name it "M_KEYS" (actually important part is M_ at the beginning, rest doesn't matter), then find "BGEE.lua" that SCS created in override, open it, find the section "keybindings".

Now, you need to copy everything, starting from "keybindings" all the way to both closing "}", leave the semicolon out (it will be 460+ lines of code) and paste it into that new file. Then names should show up fine.

I don't know why SCS doesn't do that by default, to be honest, as it's much smarter than overriding whole "BGEE.lua".


Added functionalities:
Known problems:
Final notes: If it looks like I run out of steam at the end (journal screen, for example), it's because I did. It was over a month of not that fun work and that UI isn't even that good, because it was designed for 4:3 640x480 resolution. Pixels can poke an eye out nowadays. And keep in mind that majority of them were already handled by Photoshop's neural filter to remove the worst offenders...I am only uploading it, because some kind soul helped me making it and I'd feel bad for wasting his time.