How modern aRPG's would be if Diablo "organs" din't had replaced?? 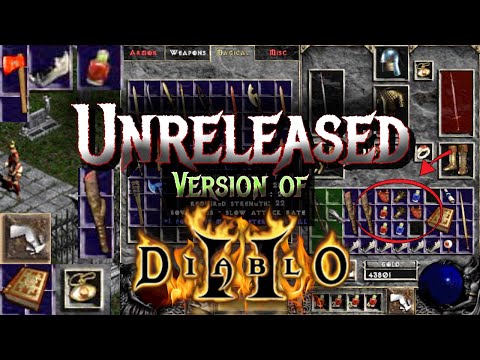 On pre alfa version of D2, instead of dropping random items, monsters drop organs and you use it to craft items. Unfortunately was considered "too creepy"(in a game with skills like corpse explosion) and was replaced by an worst version of looting, aka monsters drop weapons and armor that they are not wearing. Something that makes no sense. I an not saying that is bad, a lot of people love this "mechanism", but if you look to more traditional RPG's, on VtMB, if you kill someone using an shotgun, he will drop the shotgun, not an baton or an revolver. The same happens on Fallout New Vegas, no deathclaw or similar high level non humanoid enemy would ever drop an anti materiel rifle or explosive .50 ammo. And in medieval RPG's too, On Morrowind is possible to get the best medium armor in the game easily at lv 1 with spellcrafting and a little strategy. On non isometric aRPG's like Dark Souls, certain weapons are obtained by "challenges" like cutting an boss tail.

We all know that Diablo popularized the loot hunt games. i usually prefer RPG's more focused on characters, never found try farm enigma runes that interesting, but create an new char and go on normal, nightmare and hell, was an amazing experience. My question is, how it will affect the gaming industry, if D2 had maintained the "organs" system?

would an new game popularized the same concept? would mmo's be different? And similar to pre wow mmos? More "ultima clones" and less wow clones? would exist games like borderlands exist? And other "diablo clones"? Like Path of Exile?

Honestly i don't know how the game market would be today. But is interesting to discuss this "Butterfly Effect"