lunar Member Posts: 3,433
December 2014 edited December 2014 in BGII:EE Mods
After playing iwd, returning to bg felt like a downgrade in terms of casting graphics and sounds. Somehow, iwd feels more magical and their casting animations look prettier to me. They also sound better. So I dig into iwd files , edited them a bit and used them in my bg games. The results looked aesthetically pleasing to me, so I decided to share it as a mini-mod.

This is for variety, and those who want to see or hear new things in their bg2 game.

Component:Casting Glows. Simple enough, this makes all casting glow effects to use iwd versions. I have edited them a bit to make them look more interesting. I know there is a bg2 tweaks component for this, but mine are a bit edited to make them look a bit different. Here is a screenshot that shows different characters casting different spells. I think they look better. 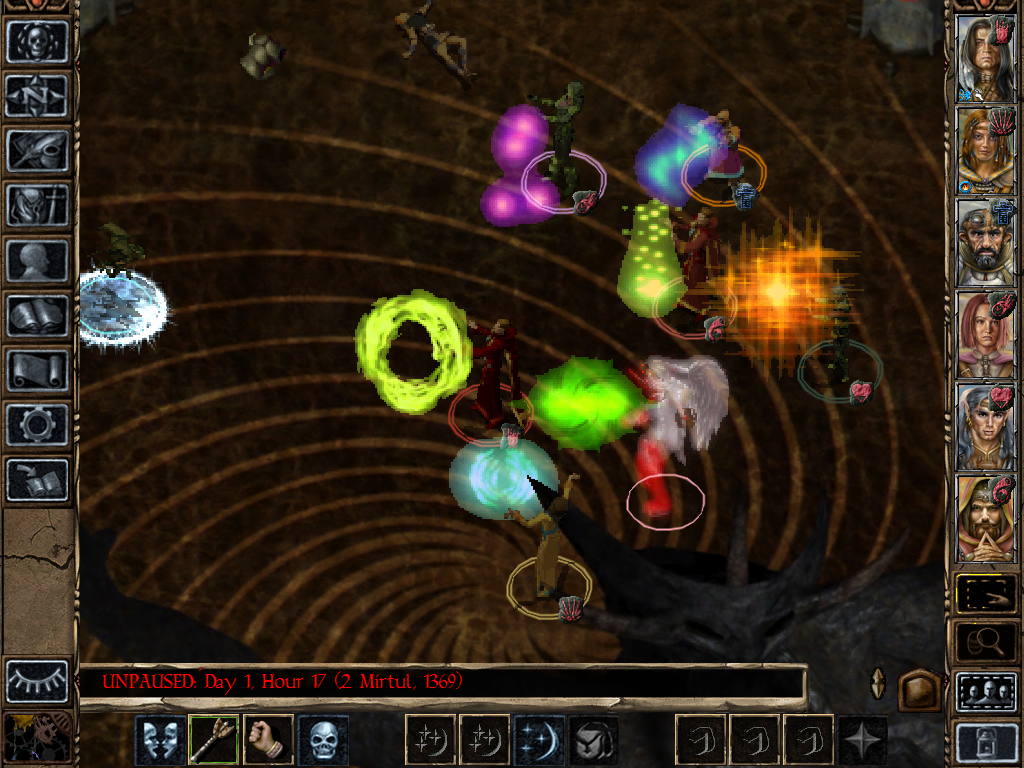 Component:Additional effects. These add a few new graphic effects from iwd game. To see them you need to use edited spells component, as well, so that the spells will use these effects.

Component:Edited spells. These edit various spells to use iwd additional effects included in the previous component. Also I have tweaked a few spells.

Visual tweaks:Charm person type spells do not use a projectile. IWD Enchantment hit effects included if the spell works.
IWD Necromancy, evocation, and alteration hit effects added to many spells. Illusion hit effect added to some illusion spells. Note that these hit effects look weaker than iwd in bg engine, somehow they look more translucent. It adds a bit more to look at though. 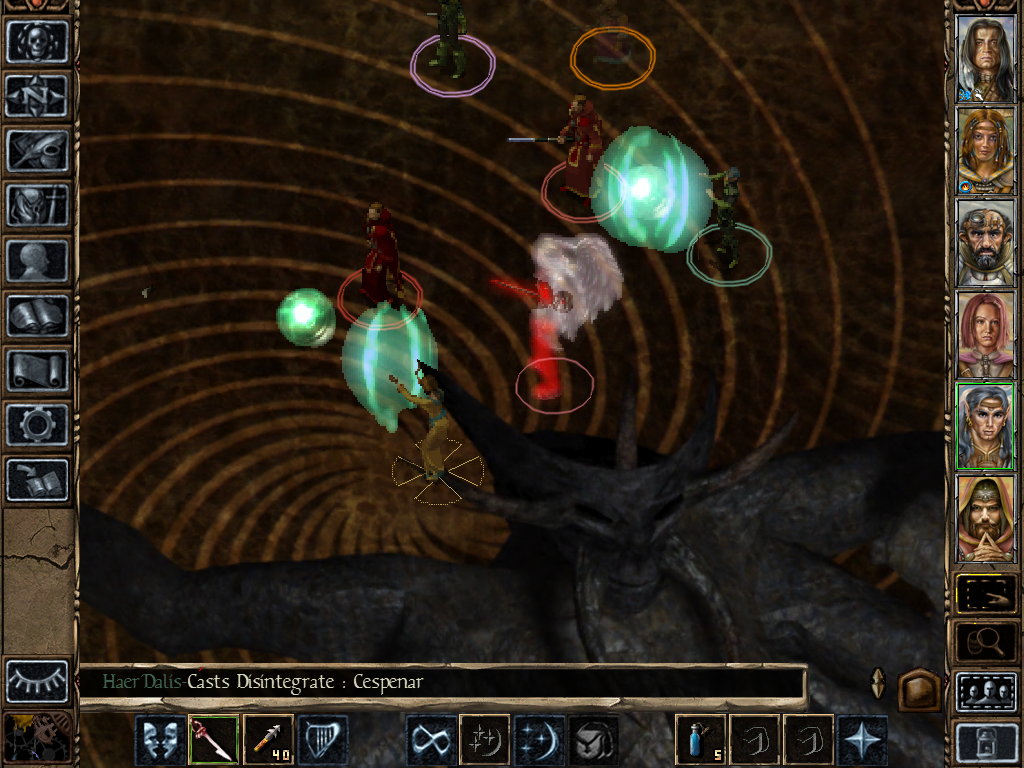 Ice storm-tried to make it close to pnp and give it some use in the battlefield. Damage reduced to 1d8/round but added sleet effect:random blindness or slow for one round. Cone of cold's ice effects are also made more bluish. Added cold hit effect from iwd.

Meteor Swarm-completely redesigned the spell. This spell had no use at all in vanilla gameplay. I made it a bit interesting and closer to pnp. It now launches a mini bursting bullet to every target in the area. The more targets, the more bursts. Each burst does 4d10 dmg with a save for half. This is an experimental spell, and since it has no use in vanilla gameplay (dragons breath or comet is far superiour) I think it may be fun to experiment with it.

Deva-Planetar summonings-reduced their duration to 10 rounds, same as elemental prince summoning. Also, edited them heavily. I made them closer to pnp. They are not fire immune (but %50 resistant) and their spells are changed to what they should have according to pnp. Added a cool sound effect upon summoning.

Component:Paperdolls. These put the bg2 paperdolls back for the nostalgic player. Many consider bg2 paperdolls inferiour but I like them, regardless. There are a few caveats with the enhanced edition, though. Elven paperdolls look a bit goofy with some helmets, as they cover their eyes. Halfling paperdolls wearing heavy armor produce a minor graphical glitch in the empty area for some reason. And if a thief/bard wears chain armor it reverts to ee version as bg2 had no paperdolls for these. 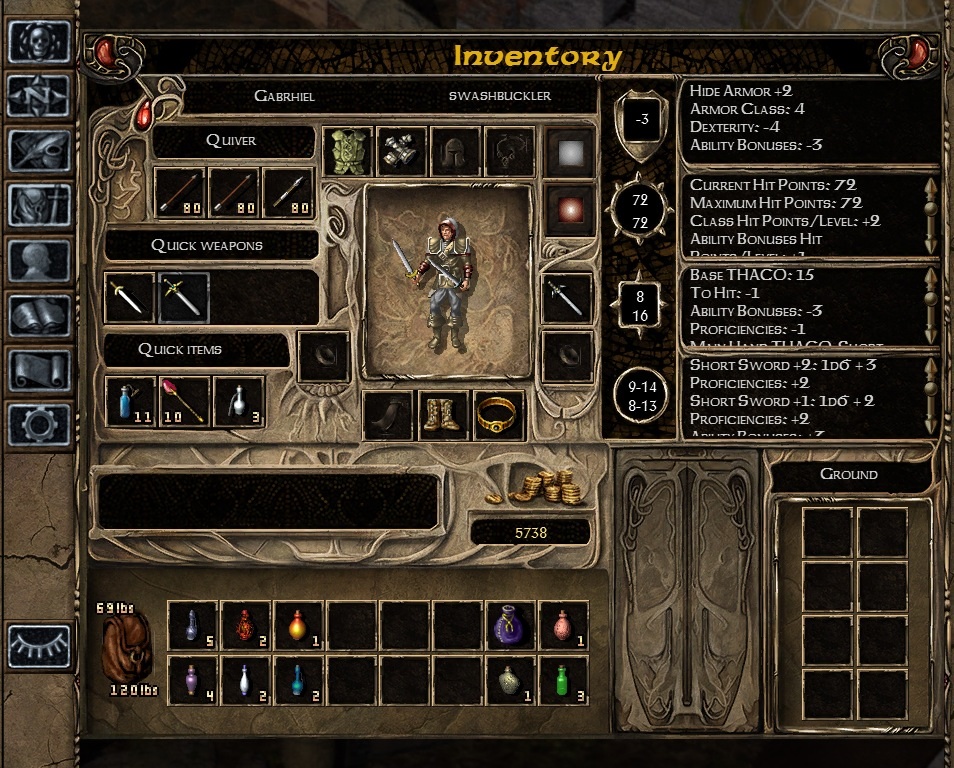 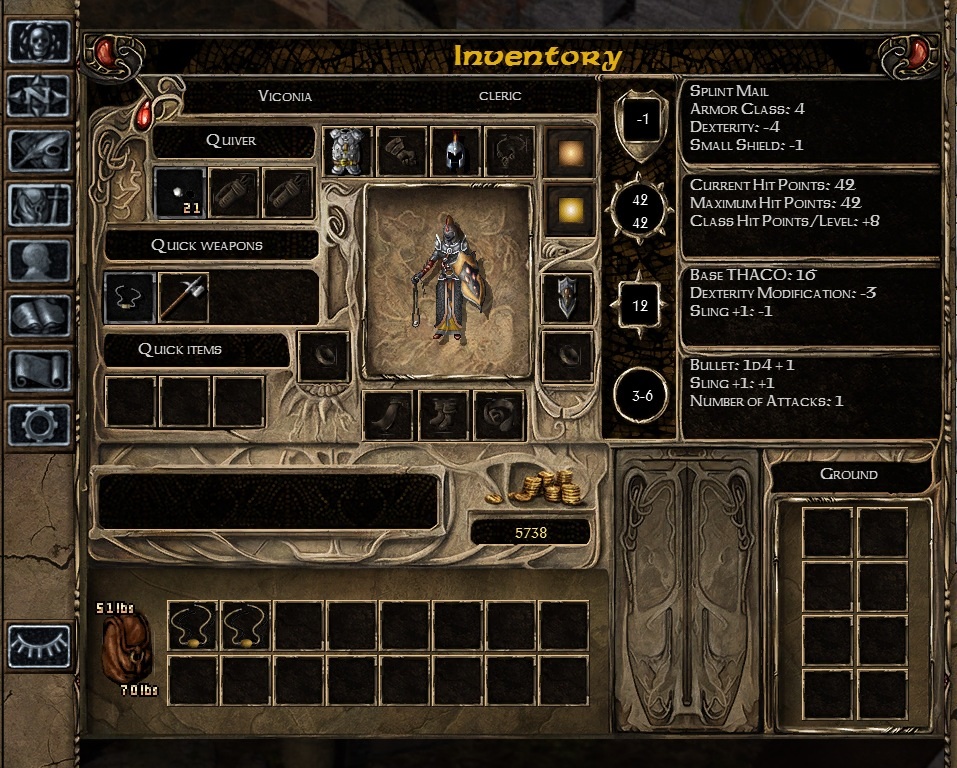 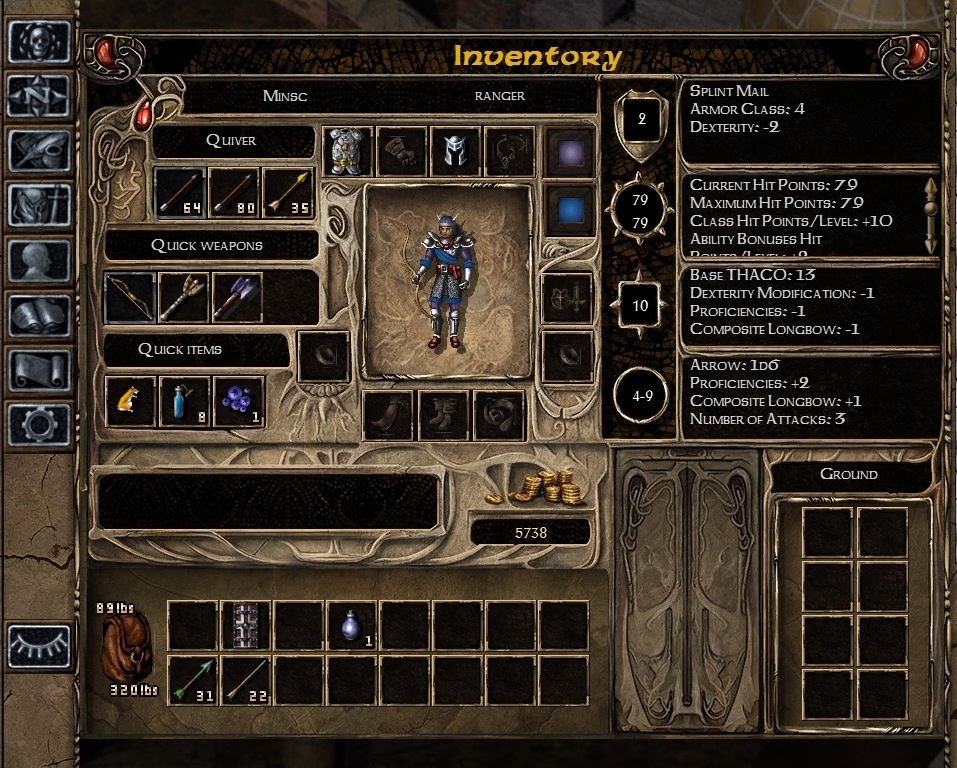 I also reccomend improved bams mod, it reverts many item icons back to bg2 ones for the truly nostalgic effect.

This is a mod I have cooked up for my personal enjoyment. Just wanted to share with others that want to try out some colorful graphical and sound variety in their bg2 games.

Note that this mod works on Ipad, this is where I play all the time. (and where screenshots are from) Since I don't touch dialog.tlk, just copying the files into override or portraits folder in bg2 folder on Ipad, via a program like Ifunbox, will work.