Moonheart Member Posts: 520
April 2016 edited June 2016 in Challenges and Playthroughs
Ok, I'm up for some fun, and thus, starting this little playthrough that will end when... well, when I'm tired of it ^^

Have you ever noticed how the greatest masterminds in every story always have minions so stupid they always succeed to make fail their incredible plans?
Well, we're going to apply that to BG2 right now!

I present you Areen, a bhaalspawn raised by Gorion, and having proved to be so cunning that he mastered his inner darkness to become a Shadowdancer without any external help... before he got forced to flee Candlekeep with his sister, and ended to form a party with some sidekicks after the death of his foster father. 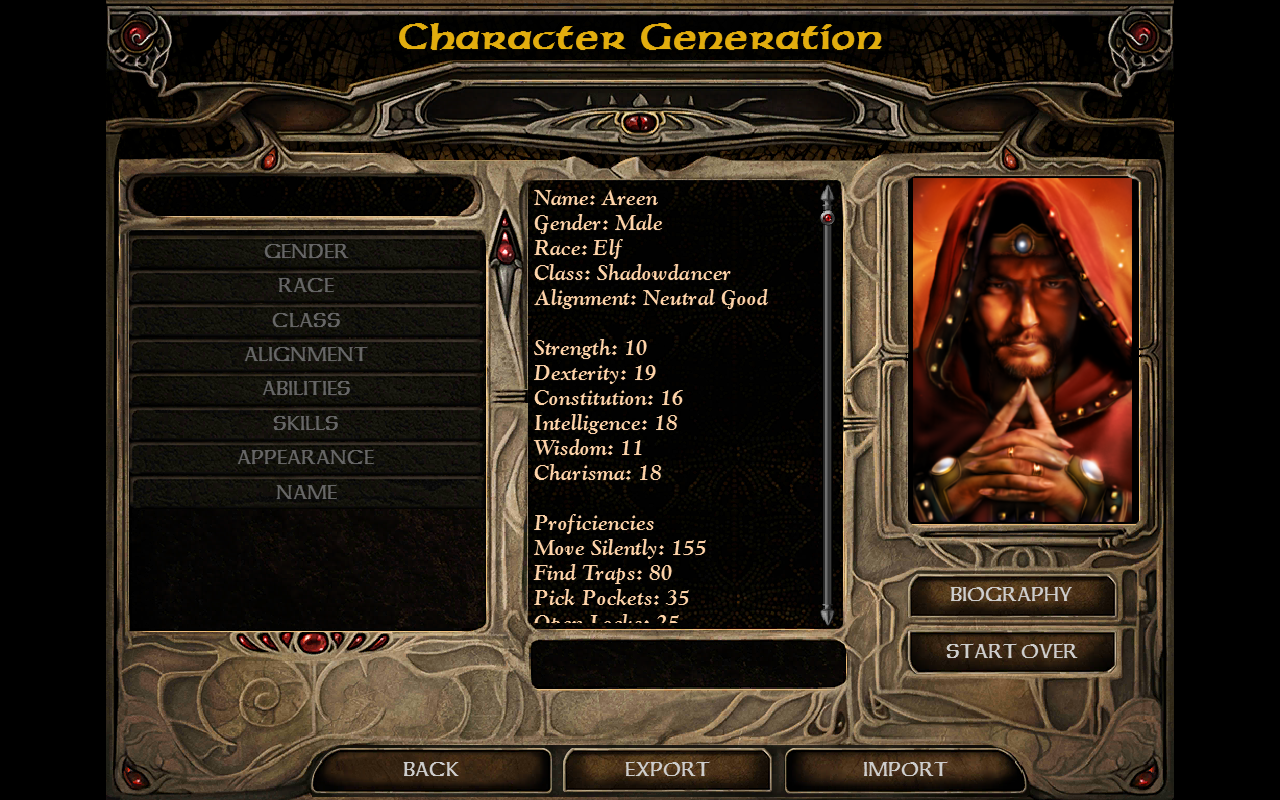 Areen served as a stratege during several months during which he proved to be such a fine expert of Faerun's fauna that he never failed once to design flawless strategies leading his party to perfect victories against all their opponents... alas, that was as long he was the one catching the opponents by surprise, and this naturaly turned the wrong way the day a mage named Irenicus trapped his whole party with no former warning.

Areen doesn't know that his dear foster sister Imoen and their friend Dynaheir, central characters of his strategies, are going to soon become unavailable to make his plans work... but hopefuly, he will find the help of another mage soon to help him with his strategies...

... too bad that the said mage happens to be a Wild Mage named Neera!