Maarud Member Posts: 13
October 2016 in Baldur's Gate: Siege of Dragonspear
I've just finished SoD (after finally deciding on a character for the whole saga run...) and, frankly, for the most part enjoyed it thoroughly. Considering myself a long, though maybe not-the-most-hardcore-ever fan of the BG, I can't help but notice a strange design approach regarding the in-game encounters. That is, what the game throws at my party at a given time.

I imported saves from the BG run, so my party might be a little over-leveled (I disabled the XP cap), but nothing excessive: just standard NPCs with decent equipment. I played on Insane difficulty from the very start, however with the "more damage" option off, blind playthrough w/o any meta shenanigans. To my surprise, throughout the whole SoD run I had most difficulties with the most mundane encounters, while several "boss fights" seemed like a sunday stroll to a nearby caffeteria.

Example: I actually "scored" the most reloads in the first dungeon area. The enemies flood constantly, effectively preventing even rest-spam cheese and hitting hard with the improved AI - I was really surprised by the burning sceletons ability to give me (literally) run for my money. So I thought: aha, maybe Beamdog took a lil' bit of AI scripting from famous mods like Sword Coast Stratagems? (I've never played with it, so it is just a wild guess and my first question: how similar are SWS AI improvements to the new enemies behaviour in SoD?)

However, as the game progressed, I found a strange pattern: the traditionally "hard" enemies, at least by AD&D standards, like Liches, demons and dragons, were very easy in comparison to common mob critters, especially crusaders or the big-headed baddies from the Dead Man's Pass. The discrepancy in power was so obvious that I wasn't even surprised when in the 9 hells a group of crusaders literally wiped the floor with a small army of demons (first map after entering the portal). The overall impression was ridiculous: I found the last boss fight easy, while the battle in the Dragonspear Castle (the part when you find Hephernaan invoking some evil evils from helly hellz) was absurdly difficult. I even had the impression that some of the named characters in that encounter used special ToB abilities to make my ass miserable. It must have been just the similarly looking animations for more standard attacks, though.

Bottom line /TL:DR:
Is it just me (or my weird, oldboy tactics), or were the "mob" types significantly buffed in SoD, while "unique" enemies - nerfed? Second question: how similar are the SWS enhancements to the new AI implemented in SoD? I'm also asking because I'm really interested in giving it a shot in my next playthrough.

As for my party composition, here's the screen from the final battle
(I won first try, though poor Edwin got dispelled at least twice and got chopped into pieces in a matter of seconds): 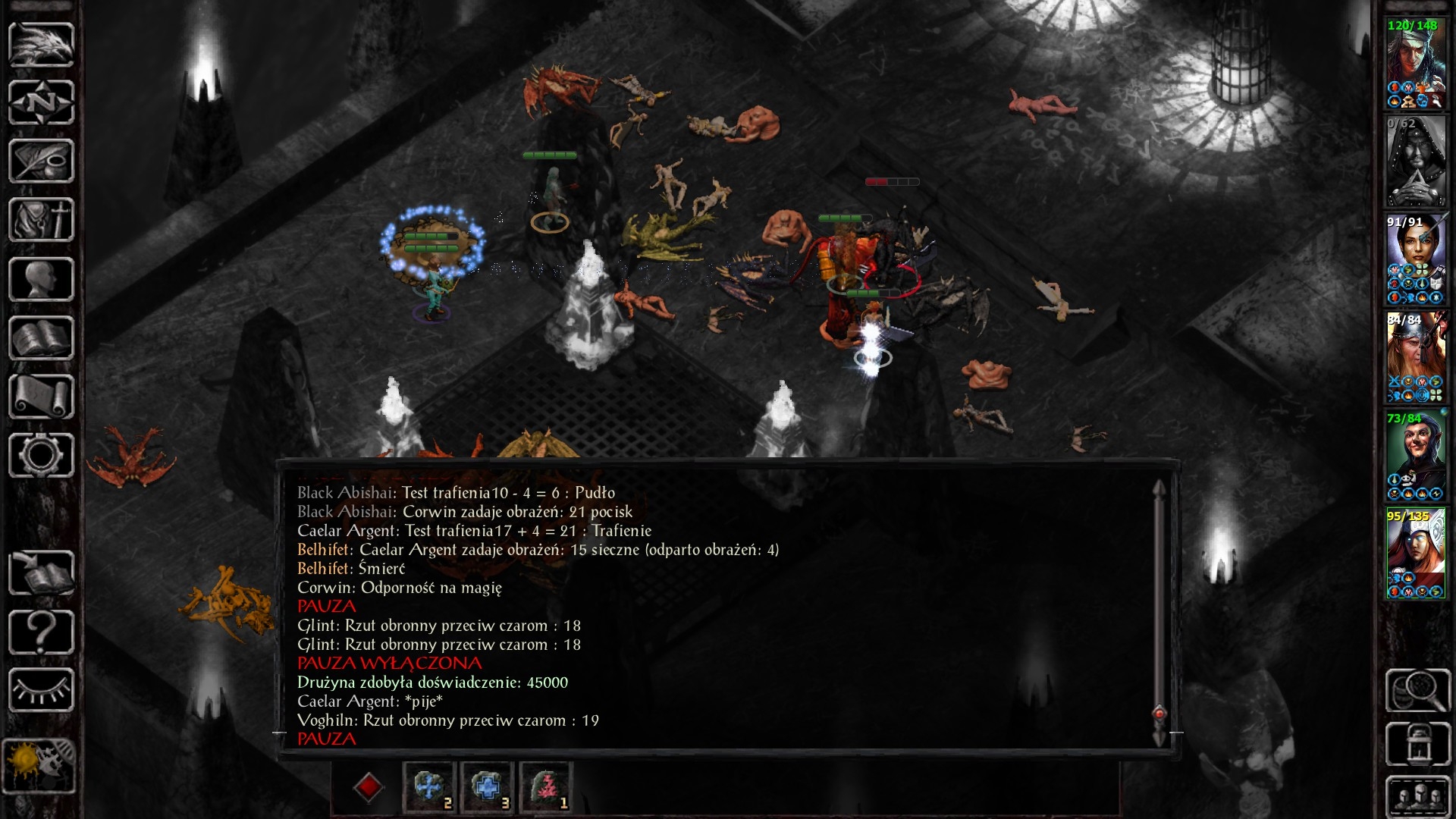