Dee Member Posts: 10,447
December 2012 edited May 2016 in Archived News
It has come to my attention
So it looks like a lot of you are
Someone keeps crossing out my

Welcome to the official forums for Baldur's Gate: Enhanced Edition. You'll find an assortment of variously useful (or not useful) areas on this site--places to discuss the game and its predecessor, places to discuss strategies for conquering difficult foes, places to report bugs or talk about ideas for mods or features you'd like to see implemented in the game. There are places for all of that.

Please put on your 3D glasses
What, no 3D? This is bul


The community here has been friendly and welcoming so far, and we'd like to keep it that way. Part of being a welcoming community is being willing to offer a place for people to vent their frustrations. That's an important thing to be able to do. So while I'm about to set some hard rules in a moment, the intention is not to stifle or censor those who have rightful complaints. The goal, here, is to help those who have concerns address those concerns without feeling antagonized for speaking up--and to help those who have no concerns at all continue to enjoy the community's many and variously useful (or not useful) places.

Note: The following rules are not up for discussion.

This Site is Rated PG-13.
Excessive profanity and pornographic content is not welcome here. In other words, leave your potty mouth at the door.
This first rule may come as a surprise to many of you, but Baldur's Gate--both in its original iteration and now--is rated T. Not "T for Twenty-Somethings", but "T for Teens". (Do games use that system anymore?) This means that the game is recommended for players age 13 and older.

This means that any given player of this game might be as young as thirteen--and in some cases, even younger. Any player who is old enough to be playing this game is also old enough to be on these forums. We welcome these players; we don't alienate them. I was thirteen myself when I first played Baldur's Gate 2, back when I thought that "2 is better, because 2 is greater than 1". I realize I may have been a sheltered 8th-grader, but I didn't use language like "Farthing" and "Bolshevic" and "Son of a Bungee Cord". I don't expect every teenager to be prepared to deal with the kind of language that is common in a Quentin Tarantino film, even though I fully accept that most teenagers, if they know what's good for them, will probably end up watching Kill Bill (and Kill Bill Vol. 2), if for no other reason than because it's awesome.

Teenagers are great. And when they go to the internets to talk about this totally awesome and retro game they just bought, they should see a community that allows them to do so. So with the above paragraph in mind...

The game is PG-13. By extension, treat the forums as also being PG-13. Excessive cursing and profanity, the posting of nude photos, and unapologetic bigotry are three things that are not welcome in this corner of the internets. If you have an urge to spew angry slurs of an offensive nature, there are plenty of other dark corners of the internets with blinking signs that say "Spew Here".

No Open Flames.
Flaming other users, whether provoked or not, is not allowed. If you are confused about what flaming is, meet me inside the button.
Wow, it's bigger on the insi

A "flame" is any post or action from a person or member of a community that is borne of anger or some other extreme emotion and directed at another member of that same community. Saying, "I hate the aliens, why don't they just leave us the heck alone?" is not a flame, unless there are aliens present. Saying, "I hate you because you are stupid and I'm angry here's a string of insults that describe how I feel and I'm aiming them all at you" is a flame.

Flaming is often not the result of a person being an awful human being. More often than not, you flame somebody because they made you angry. And that's fine; we all get angry sometimes. I got angry at the sidewalk the other day. I said some things I'm not proud of.

I'm more or less willing to acknowledge that most of the time, a flame is the result of a person's inability to think clearly before posting a response to something they read. Having said that, we won't tolerate flaming in this community. If you flame someone in a post, expect consequences.

But more than that, if you flame someone in a post, and you realize that you're flaming that person, stop what you're doing, re-read what you're about to post, and consider whether the words you've chosen really reflect how you feel, and if that's really the way you want to present yourself to the public. Sometimes taking a break from your computer, taking a shower or a bath, drinking a non-alcoholic martini, or any of a number of relaxing activities can ease the stress of a long day in the internets.

If someone flames you, don't be afraid to call for help. Tag me or one of the other moderators, or send one of us a private message, and let us know what happened. If we don't know about it, we can't do anything to help. Most of the time, if the person who flamed you seems to have just overreacted, that person won't be in a great deal of trouble, so there should be no worries about making things worse. We're here to help.

Trolling (The Bad Kind). Don't Do It.
If you know what a troll is, it's not that. Fire and acid don't kill internet trolls. The internet is not a D&D campaign. If you spot a troll, don't engage or try to fight it; back slowly away, don't let it know you saw it, and inform an adult.
Trolling is, if you can believe it, not a reference to the slimy long-nosed creatures that haunt swamps and the undersides of bridges waiting for unwary passersby to come clip-clopping across.

Trolling is actually a word that refers to a kind of fishing, whereby you trail a line of bait behind your boat hoping to catch something. Idiomatically, there's nothing wrong with trolling a forum. It just means looking for an answer. Some people, however, are looking for the wrong kind of answer.

(EDIT: The word I was thinking of was "trawling", not "trolling". But for the sake of the site rules, assume that they share the same root, even if they don't.)

Where trolling becomes a problem is when it comes from a perspective of antagonism. If you find yourself fishing for insults, dropping signs of a controversial viewpoint in a group of people who are likely to be upset by it, or exhibiting other behavior that is specifically designed to elicit an inflammatory reaction, you have strayed from the light and into the swamp.

Trolling (the bad kind) is when you go around looking for fights. Trolls are easy to spot, but a bit like flamers, trolls don't usually know that what they're doing is wrong. Sometimes they do. A proper troll knows what he's about.

It's easy to mistake someone who disagrees with you for a troll. Remember that sometimes a person is just trying to have an interesting debate. There's nothing wrong with playing Devil's Advocate (unless you're a Tanar'ri), as long as everyone involved is on the level. If you think you're dealing with a troll, inform me or one of the other moderators, and we'll deal with it.

Don't Spoil the Fun.
The game is old. Fourteen years old as of this year, which means that most of the people who are active on these forums have played the game at least once. That being said, this is not the case for everyone. There are measures everyone can take to avoid spoiling things for those who haven't experienced the game yet. If you're going to ruin the plot, announce it beforehand. Why is this important? See me inside the button.

One of the great things about this game's release is that it's exposing a lot of new players to what the game has to offer. That great thing is ruined, and not in a small way, when elements of the game's plot and character stories are announced or bandied about with no care for who's listening. So the short version is, if you're going to discuss the game's plot or anything else that might "spoil the fun" for somebody, wrap the content in spoiler tags. Spoiler tags look like this:

[ spoiler]This is a spoiler[/ spoiler]

This is a spoiler

If you're posting an entire thread where elements of the plot and other spoilerific types of things will be discussed, or you think they might, be sure to include a simple notice in the thread's subject line: **SPOILERS**

For example, I want to start a thread called Why Neera's Quest Rocks. Because this is clearly going to ruin things for anyone who hasn't played it, I'll put a spoiler notice in the title, so the thread's subject line will read:

If you notice that someone has not put these tags on a post or a thread, please contact one of the moderators and we'll fix the problem. I don't expect this to be a problem (though it might take some getting used to), but it needed to be said. Just because you and all your friends have already enjoyed the game doesn't mean that no one else should.

Generally, be excellent to each other.
Remember what I said before: not everyone is always going to agree on everything all the time. This game's release--and any game's release-- is a good example of something on which not everyone agrees. And everyone has a right to express their views in a civil manner.

If you're frustrated by something, let the community know in a way that tells them that you're willing to accept help. If you just need to vent, that's okay too (although it sometimes helps if you lead with that).

And if you see somebody who's frustrated, try to help them, instead of assuming that they're just "being a jerk" or "trying to troll you". There's plenty of grass for all of us, no matter what kind of grass-eating thing you happen to be.

The following posts are a more linear outline of the site's rules. But these are the big ones. Follow these rules, and you'll quickly find yourself having a much more pleasant time here than you were on that other official Baldur's Gate: Enhanced Edition forum.
Post edited by Dee on May 2016 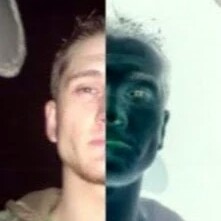