Watch The Gamers: Hands of Fate
Availible from August 15 - 31 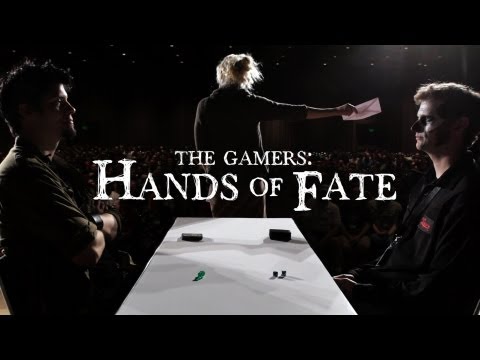 Funded by over 4000 Kickstarter backers, The Gamers: Hands of Fate follows Cass (Brian Lewis) as he sets out to win a collectible card game world championship… and a date with Natalie (Trin Miller), one of the game's top players.
Meanwhile in Countermay, a world far across time and space, Myriad (Samara Lerman) begins to suspect that fate has stacked the deck against her as she attempts to save her kingdom from a ravenous army of the undead.

Set at Gen Con Indy, a massive midwest games convention, this fantasy comedy from the makers of Dorkness Rising and JourneyQuest presents a new chapter in the epic, decade-spanning tale that began in The Gamers.


For those that remember The Gamers & The Gamers: Dorkness Rising movies, I present the long awaited Gamers 3 movie!
This is the festival cut, but they'll put up the Extended Edition later in chunks on YT.