Aurorus Member Posts: 201
March 2014 in Challenges and Playthroughs
Years ago, I finished SoA without reloading as a solo MT and realized that solo play was easier than group play (because it is easy to make 1 character buff and often immune to most everything, especially a MT). I put down Baldur´s Gate and did not play again until last month when I bought BG:EE and BGII:EE. I just finished BG with a druid and no reloads (after several failed attempts as I relearned the game) and will start on BGII shortly.

But first, I wanted to do a BG run with the SCS mod, because I had read a lot of interesting threads and comments about the mod. I downloaded the mod, skimmed the design notes briefly, and then had at it for a few hours dying twice to the bounty hunters in the early going. After a few hours though, I felt that I had the gist of the mod and decided I wanted to try to beat BG, without reloading and with a party, on my first full play-through with SCS. Since I would only ever have 1 first playthough with SCS, the pressure was on.

This discussion then will contain many SCS spoilers, the strategies (some successful, some failed) that I have used, my thoughts on group-build for SCS, and some roleplaying. If you want to preview the SCS mod, then this will be helpful to you. If you want to be surprised by the changes, as I was by many, then this is probably not a good thread for you.

First, meet the protagonist of this story, a young Elf from Candlekeep, appearing as he was after his adventures through the gnoll stronghold, along the Sword Coast, through the mines of Nashkel, preparing to enter Ulcaster and the Firewine ruins. 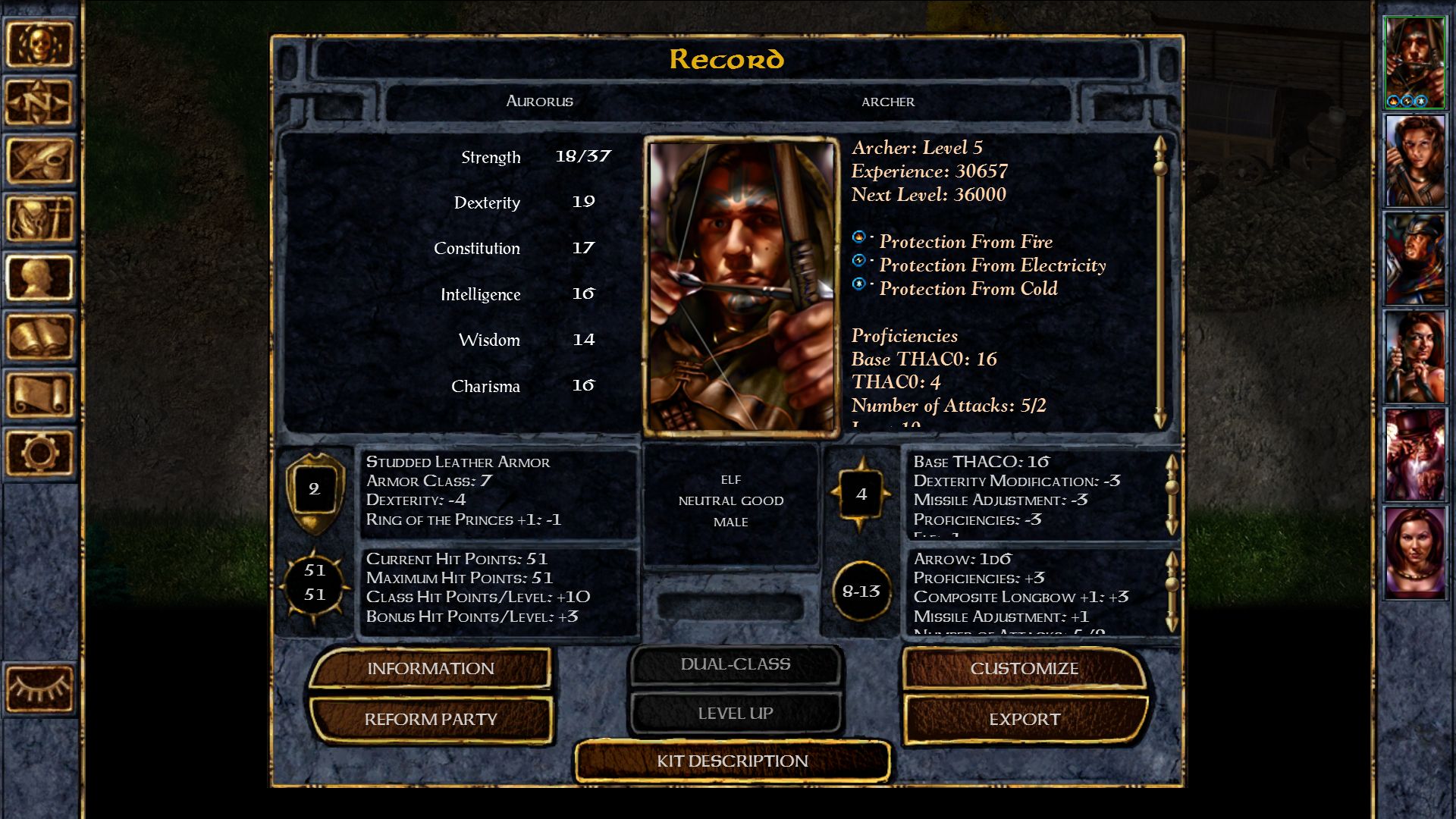