shawne Member Posts: 3,239
November 2014 edited November 2014 in BGII:EE Mods
Just something I've been thinking about, not even sure if it's technically feasible: 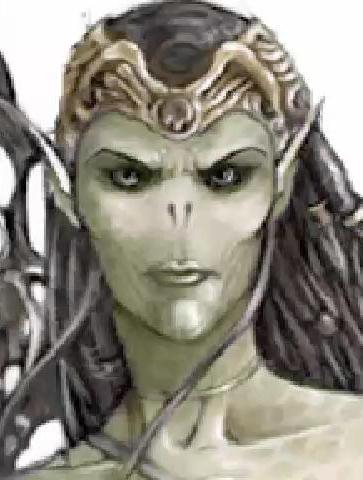 SoA: Though ice-cold and disdainful of CHARNAME (and of non-githyanki in general), Karathi asks to join the group for her own mysterious reasons. Over time, you discover that the Lich Queen Vlaakith has tasked Karathi with a specific mission; she failed, and her prized Silver Sword was shattered as a result. Karathi's SoA quest involves finding the three fragments of her broken blade and reassembling it with the help of Cromwell.

ToB: With her Silver Sword restored, Karathi leads the party to her original target - her own son Viran, who has betrayed the Lich Queen by pursuing the teachings of Zerthimon. Only by killing him can Karathi regain the Lich Queen's favor and return to the Astral Plane. But Viran is not without allies of his own...

Soundset: Taken from the FR video game "Demon Stone", I think this clip would allow for both the standard selection quotes and the occasional voiced sentence or two for banter. (She would banter with CHARNAME and other party members via telepathy, of course.)