If my Bladesinger mod is a bard kit, then...

Abdel_Adrian Member Posts: 429
January 2015 in General Modding
1) Is there any way to disable the bard song button?

2) Any way to change his spell progression from bard->FM? I can get mage HLA no problem, but can't ever cast spells past level 6.

3) Same as 2, but prof rate from bard->FM? (I did edit claswpbon.2da and enabled APR from profs, which I thought was hardcoded against, but my changes to profs.2da didn't seem to change my Bladesinger's initial or advancement rate.)

4) Any way to allow spell casting to progress (or at least function) past lvl cap? I added all xp/hp tables up to 50 but spells seem trickier.

5) And unrelated to whether the kit is a fighter or bard, my kitlist.2da implements an aesthetic char gen error (pictured below) that I'd like to fix if anyone knows how.

Thanks!
p.s. I only used DTCEP, no WeiDU yet, but my work-in-progress mods are public on Google drive. 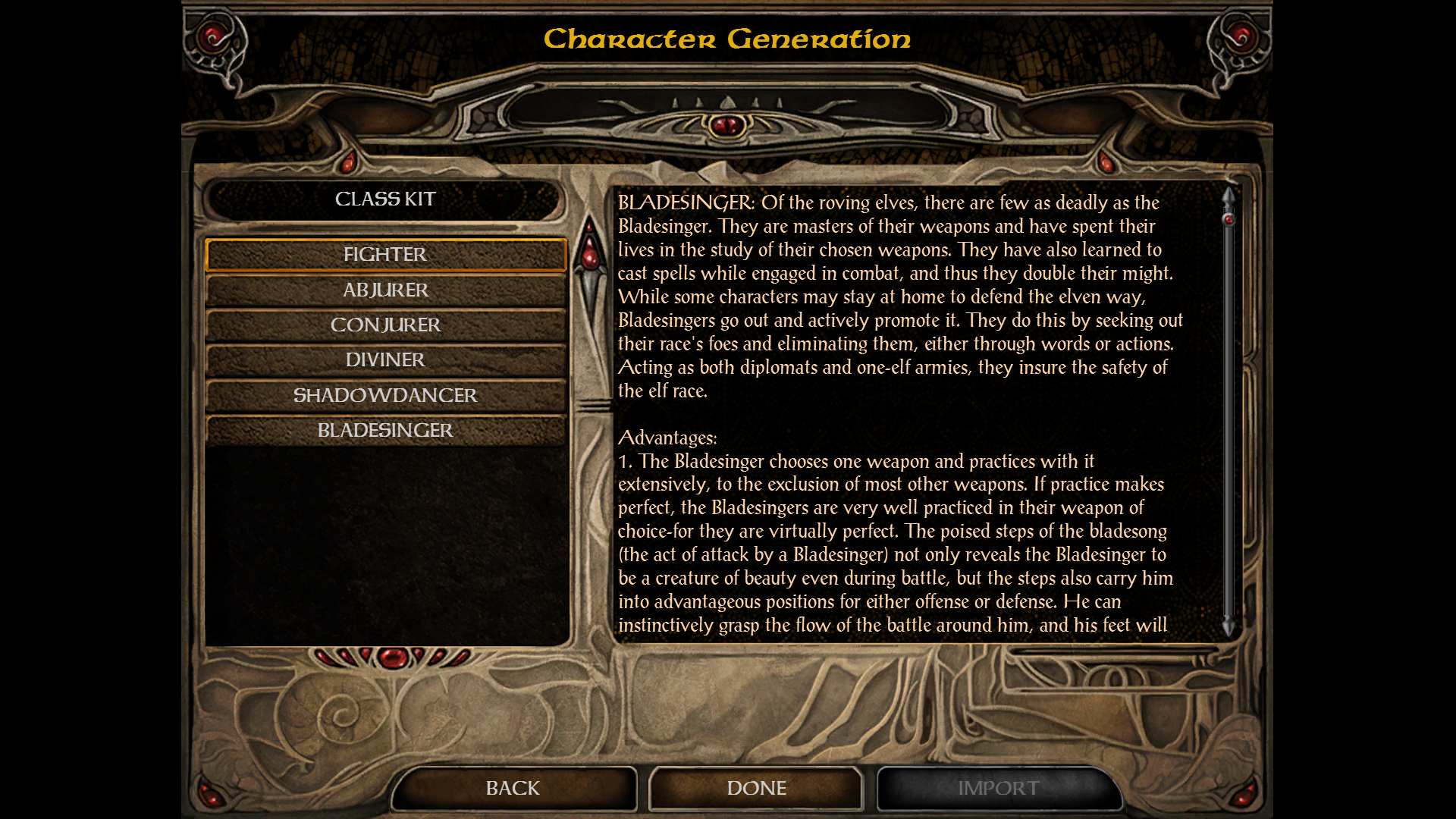