Archaos Member Posts: 1,421
December 2015 edited December 2015 in Off-Topic
I want to vent my frustration and anger on something that is becoming worse and poisoning art, especially video games.

This is rant about recent events on censorship and the "fad" of SJWs and their fascistic dictating of what is allowed or not, based on zero evidence or research.

Short version: I am sick and tired of seeing everyone get OFFENDED by the smallest thing. And having people with no proof or reason, dictate what is wrong and what is right and demanding change based on arbitrary reasons.

Long version: Have you noticed how the "Social Justice Warriors" gather and decide on what is right, wrong, acceptable or not in media, label it and demonize it, which in turn, censors it?

I am a reasonable and logical person. If something is moderated based on objective, reasonable and proven arguments, then I can support it.
What I don't support is opinions and beliefs that try to pass as reality and facts.

This is one reason I am an atheist, but this is another can of worms I'd rather not open here.
It's just where I am coming from and how I view things.

Now we have similar people say: "Sexist/Sexualized video games/characters are problematic and should be banned/censored/changed because it makes people sexist and influences them." Or similar stuff.

Art shouldn't be censored. Sure, developers targeting different audiences would make different games.
My problem is when SJWs target video game characters and go "this character is sexualized, it should change."
It's the same exact argument with "this is too violent, it should change" we had a couple decades ago with Doom or Mortal Kombat.

Yes, a character with big breasts and perfect features in games is sexualized. SO?
What about the countless muscular, tall and impossibly handsome male characters?
And why should artists bend backwards to the INSECURITIES of some people and not make the game they want?

If I was a developer and I would make the game -I- wanted and not care what people might find "offensive" or not.
You choose to be offended. It's a reaction of the mind, usually based on insecurities. A defense mechanism.

What I have a huge problem with, is the organized mob that whines about some things and tries to censor based on OPINIONS and BELIEFS, instead of reasonable objective facts. This is fascism.

Some other examples are Dead or Alive Xtreme 3 and Street Fighter V.
I don't care for either games.
What bothers me is that developers are censoring themselves because they had enough of the SJWs whining and calling everything sexist and problematic.

And to quote Anita Sarkeesian: "Everything is racist, sexist, problematic."
I'm sorry Anita, this is a fallacy where you declare everything wrong and you present your OPINION as right so you auto-win any argument.

TL;DR: "I don't like this, therefore it must be censored and changed based on my arbitrary opinion."


I am making this thread to vent and point at the unreasonable whining and censorship in the name of "justice" that is becoming more and more apparent in the media.
Its point is not to troll or flamebait.
I'm trying to say "hey, this is happening and this madness needs to be pointed at, made aware of and stop".
Not that such people aren't imploding in their own arguments.

I have more to say, but this will suffice for now. And I know that I am not alone in this.

Here's an example of what I mean: 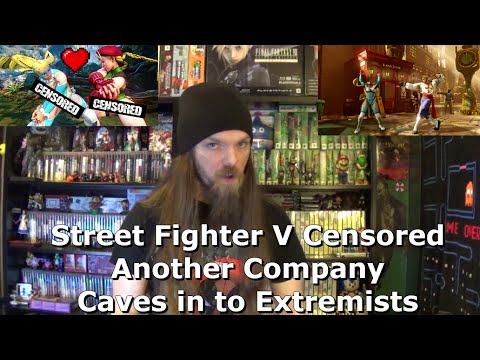 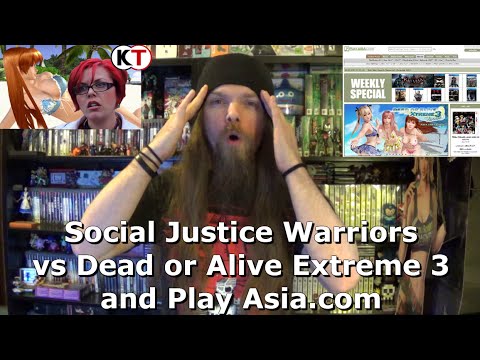