Lord_Gay Member Posts: 94
October 2012 edited October 2012 in Off-Topic
The rules of this thread are simple:

1) Share links to anything related to fantasy culture that you think most gamers would enjoy. They can refer to books, pnp games, computer games, songs, vids, audio tracks, animations or whatever. We're all aware of things we've loved online, things that others may not know about. Share!

2) You CAN mention things offline, but the main thrust of this thread is online stuff. Online!

3) When linking, be sure to link to the first page, first video, intro section, whatever. Make it as easy as possible for others to get right into enjoying what you're linking to, without having to spend half an hour digging around, trying to figure out what the hell you meant to link to. First!

4) Include a brief description with each link, a sentence, a paragraph, to let people know what they're getting into. People shouldn't have to click blindly onto every single thing in this thread just to find out what something is. Um... Describe!

Here are some things I consider awesome that I hope nobody's missed:

DM of the Rings (comic)
http://www.shamusyoung.com/twentysidedtale/?p=612

This comic imagines a bunch of hack and slashers who have never heard of LOTR, playing it as a D&D campaign. It's comprised of screenshots from the movies, set in comic book layout with text boxes. It's a bunch of bad players with a bad DM. Some of the poster comments are quite funny too. Comic is finished.


Order of the Stick (comic)
http://www.giantitp.com/comics/oots0001.html

I assume everybody knows about this, but if you don't, you just lost a nerd level. You can only regain that level by reading every strip in this series. It's drawn in a pseudo stick-figure style that is nicer than it sounds. It's about a group of D&D adventurers in an epic campaign with a great deal of text, great plot, and occasional out of game or meta game references. I do believe many consider it one of the best gaming comics out there, and has been updating for years. Still updating.

This tells a D&D gaming story, but from a different perspective... from that of goblins. You see, these goblins have done the unthinkable. They've taken... character levels *gasp*. It starts off black and white and eventually moves to full color. The plot meanders a bit, but still entertaining. Still updating. ("I declare my dodge on you!")


The following videos I only recently discovered, so I share them more because they're new to me than because they're necessarily awesome. I'm not familiar with a lot of gaming videos. The first three series are all from the same company. They're all live action gaming stories with different themes. The company is also fan funded so new videos aren't made unless fans donate or buy their DVDs. Each series has about a dozen short vids or so to them.

The story switches between the gaming group and the characters they're playing. The group keeps dying against an evil necromancer until an ex-girlfriend of one of the gamers joins them. Bad gamers, bad DM, newbie-luck girlfriend. Story seems to be complete. 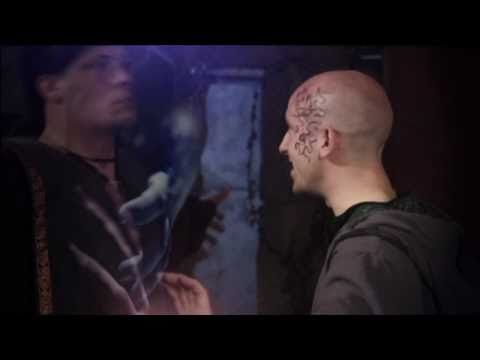 This series starts off with vids of different classes. These characters then meet up and go off to rescue some kidnapped party members from hobgoblins in the woods. Decent story with fairly interesting characters (Druid has hayfever, bard can cast "summon ukelele"). Story seems over. 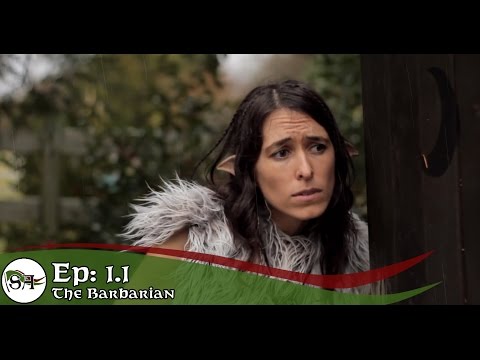 A wizard with very lame spells ("milk spray") who is the kickpost of the party finds he is the Chosen One and gets bonded to Lilarcor, I mean, a talking sword. Bad things happen to the party. An AMAZING performance in S2E1 by the assassin, watch him twice. Series seems to awaiting money for S3. ("there's corn in my hair") 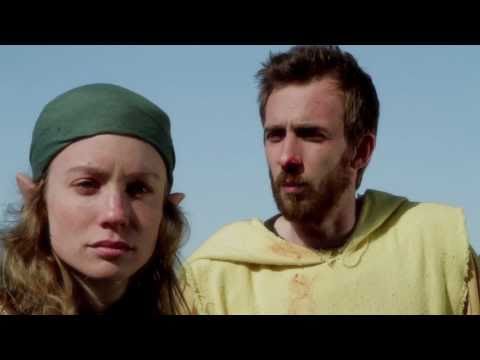 This hour long is a low budget film about a few gaming friends. This isn't about scenery or special effects. The bulk of the movie takes place in someone's basement, and the bulk of the appeal is hearing them talk as gamers. Do you know Dr. Who, GURPS, Keep on the Borderlands, care about special dice, share character death stories and know who Jeff Dee is? Then you'll like this film. 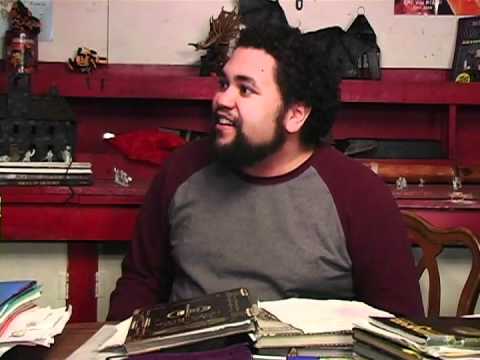