Polymorph Self in BGEE: bug or not?

I've been playing around with the Polymorph Self in my BGEE install (current version 2.3.67.3) and I was very pleased to see that most of the bugs regarding the spell's effects had been fixed (e.g. THAC0 in flind form, spider's immunity to web effects).

However, I also found out that switching from one special form to another (without making a transition via the human form) results in loss of all effects of the equipped items as if they were unequipped. This even includes cursed items (the Claw). I attach few screens to demonstrate the issue. 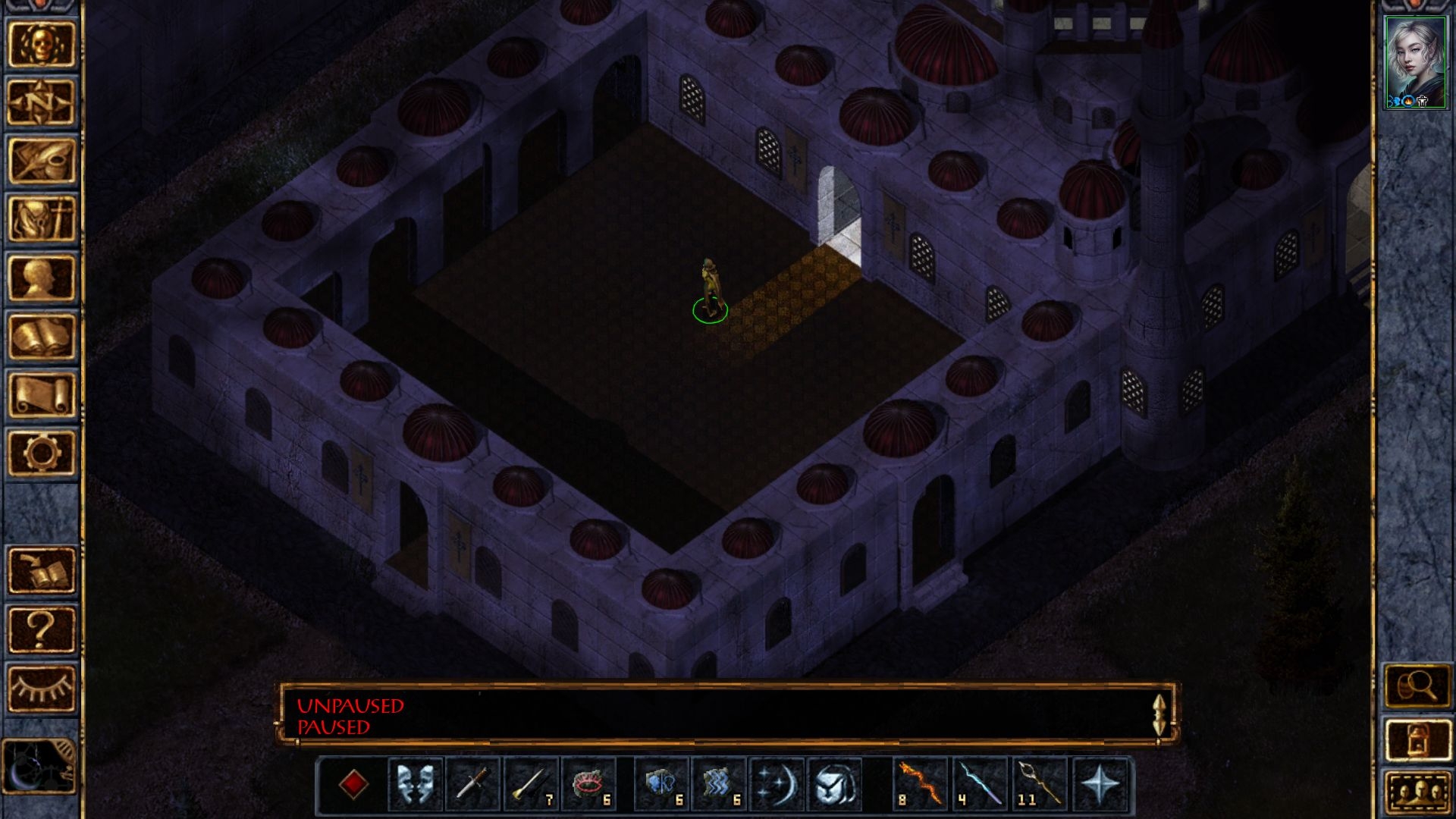 I change into flind form. So far so good, the effects are still in place. 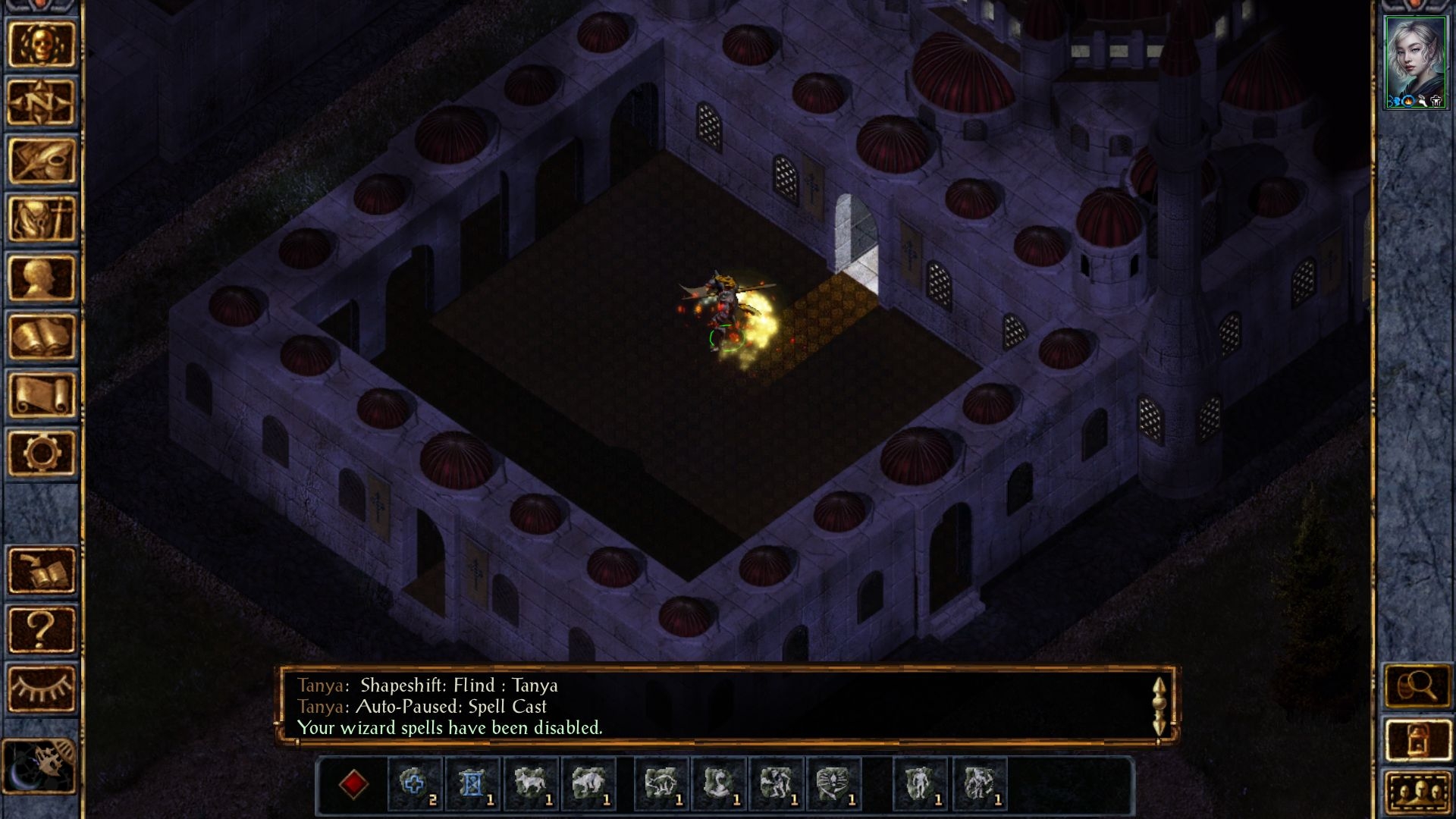 From the flind form, I switch directly to the spider and, voila, the icons (as well as the effects) are gone. 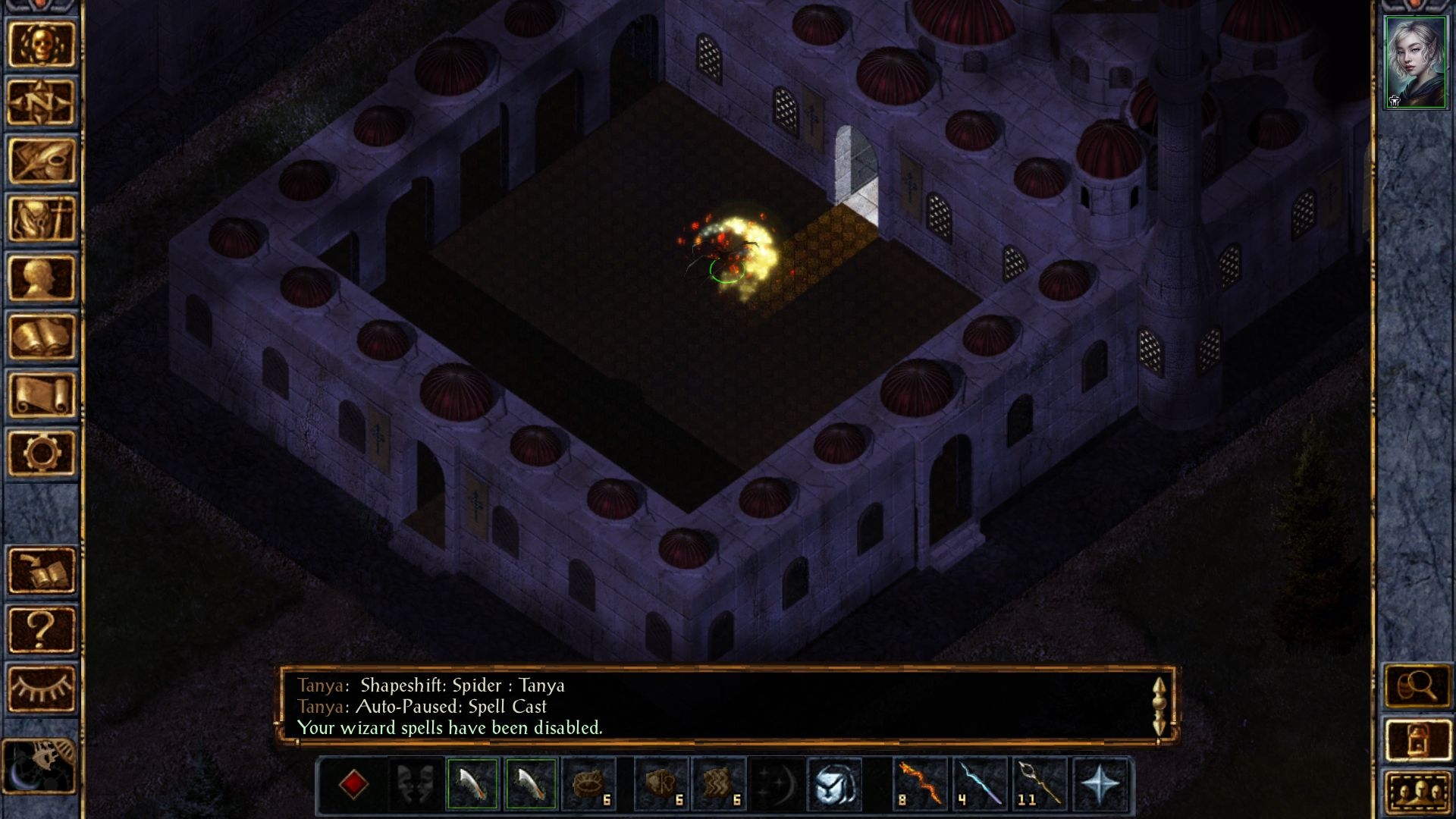 Once I go to the inventory, everything seems to be "equipped" but behaves as it was not. 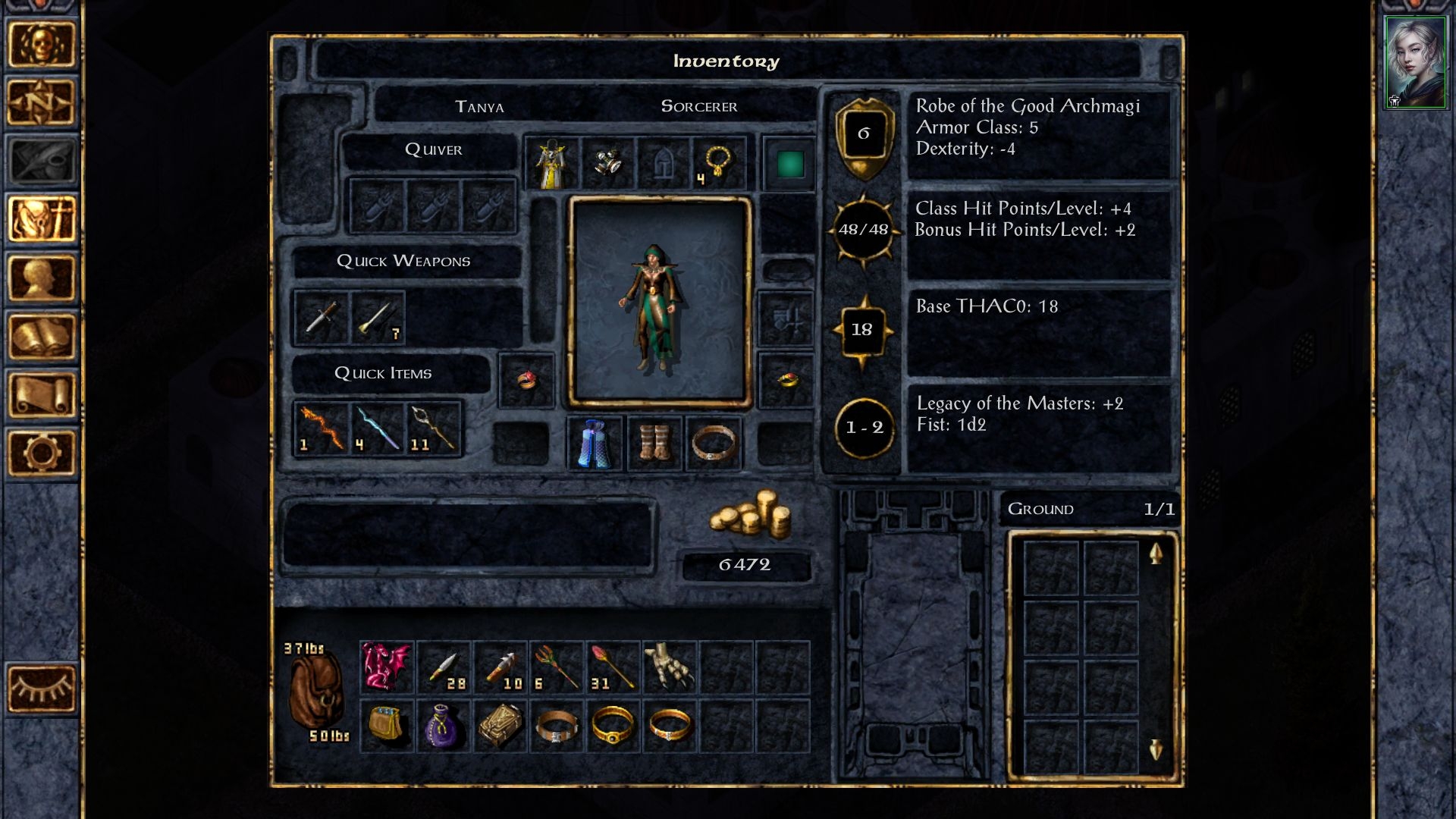 This bugs me, as switching between human form and special forms works just fine.

Has anyone else experienced this behavior?

Many thanks for your feedback.