famouswolfe Member Posts: 10
July 2017 edited April 2018 in Baldur's Gate: Enhanced Edition
Wild, unpredictable, savage. Neera is easily one of the most hilarious characters to have in your party in BG:EE. Especially when one of her spells goes awry and completely de-rails your game lol. **Spoilers ahead** So I just got back from defeating Mulahey in the Nashkel mines. On the way back into town, we got ambushed by an assassin named Nimbul. I had my Charname (barbarian dwarf named Kadrin) rage and charge Nimbul, Imoen use a wand of magic missiles, Branwen casts a zone of silence, and Neera cast magic missile to disrupt the enemy caster. Instead, Neera wild surges and the results are hilarious: 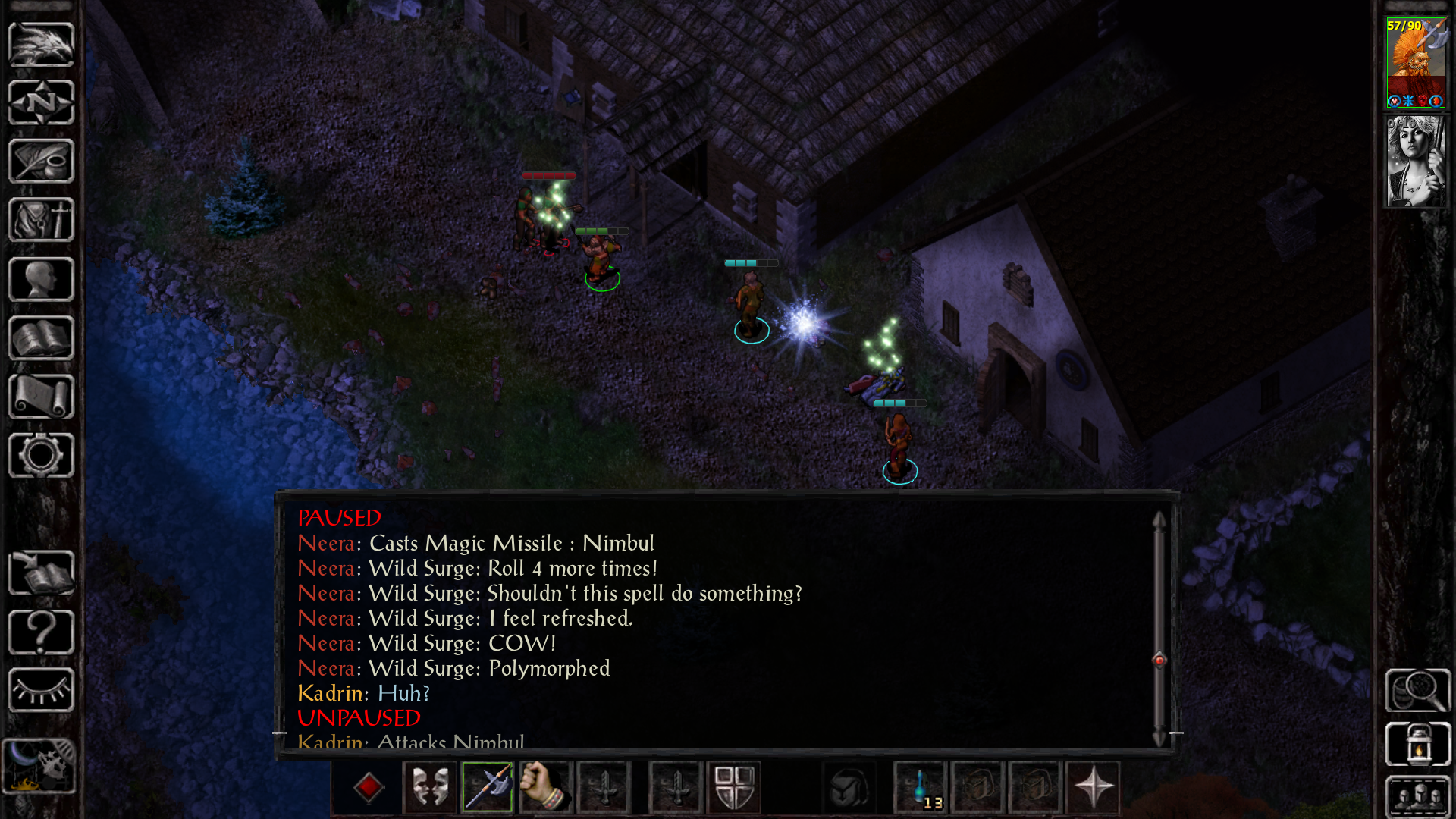 So basically, she got a really (un)lucky wild surge roll which increased her caster level AND had 4 effects, one of which caused cows to rain from the sky that wiped out the entire town (along with herself, the town guard, and several important NPCs like Minsc, Edwin, and Noober). 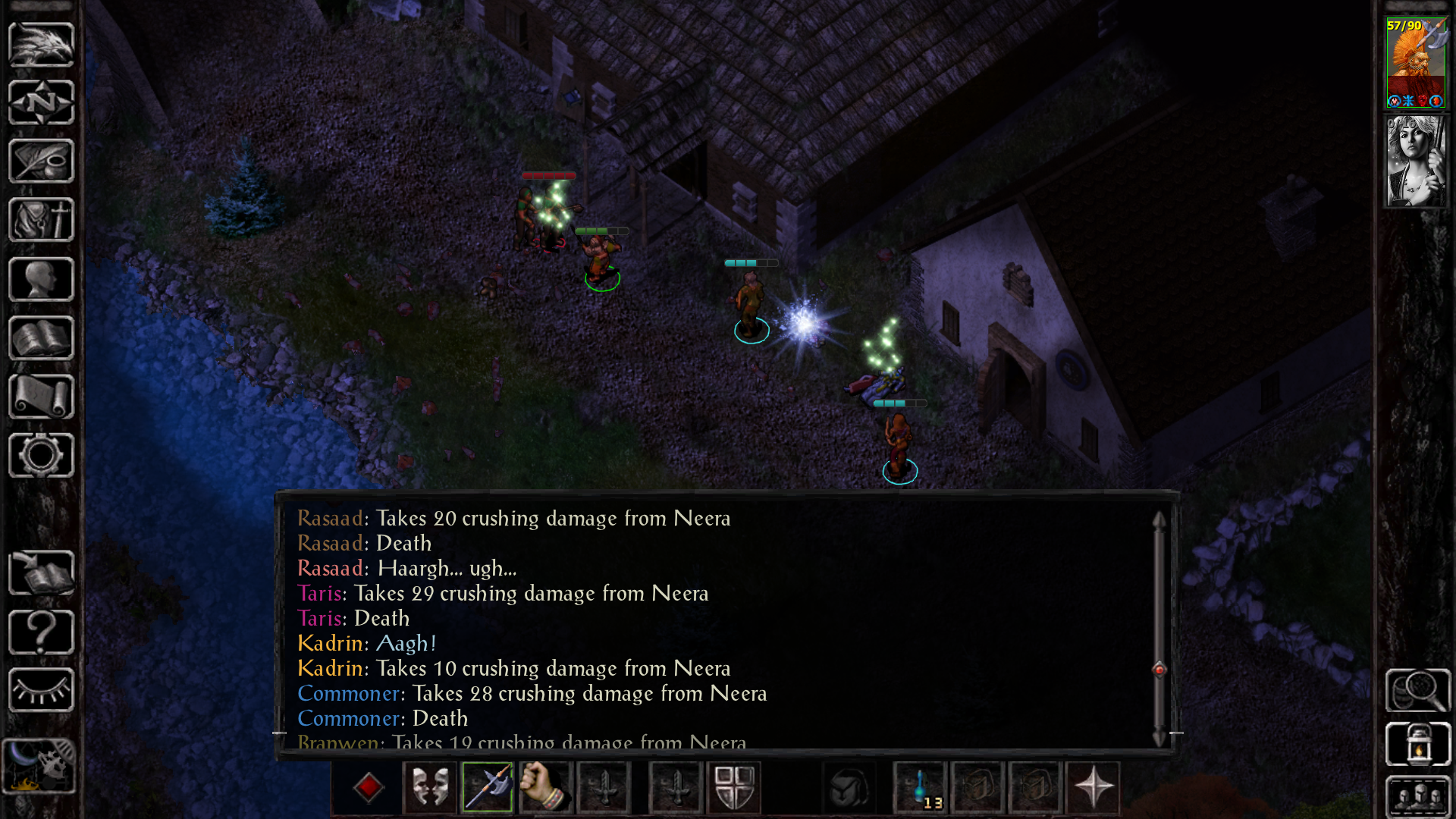 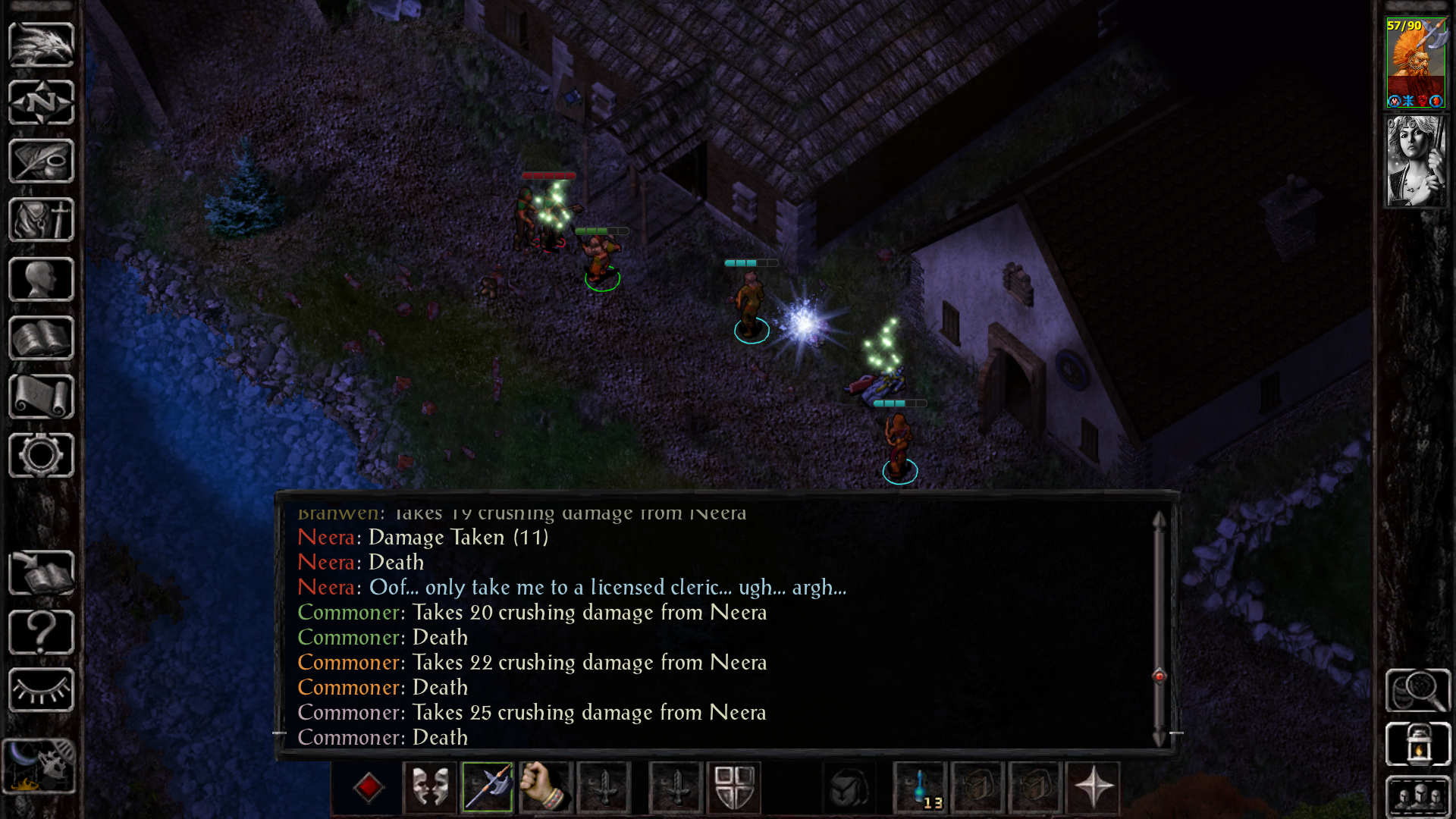 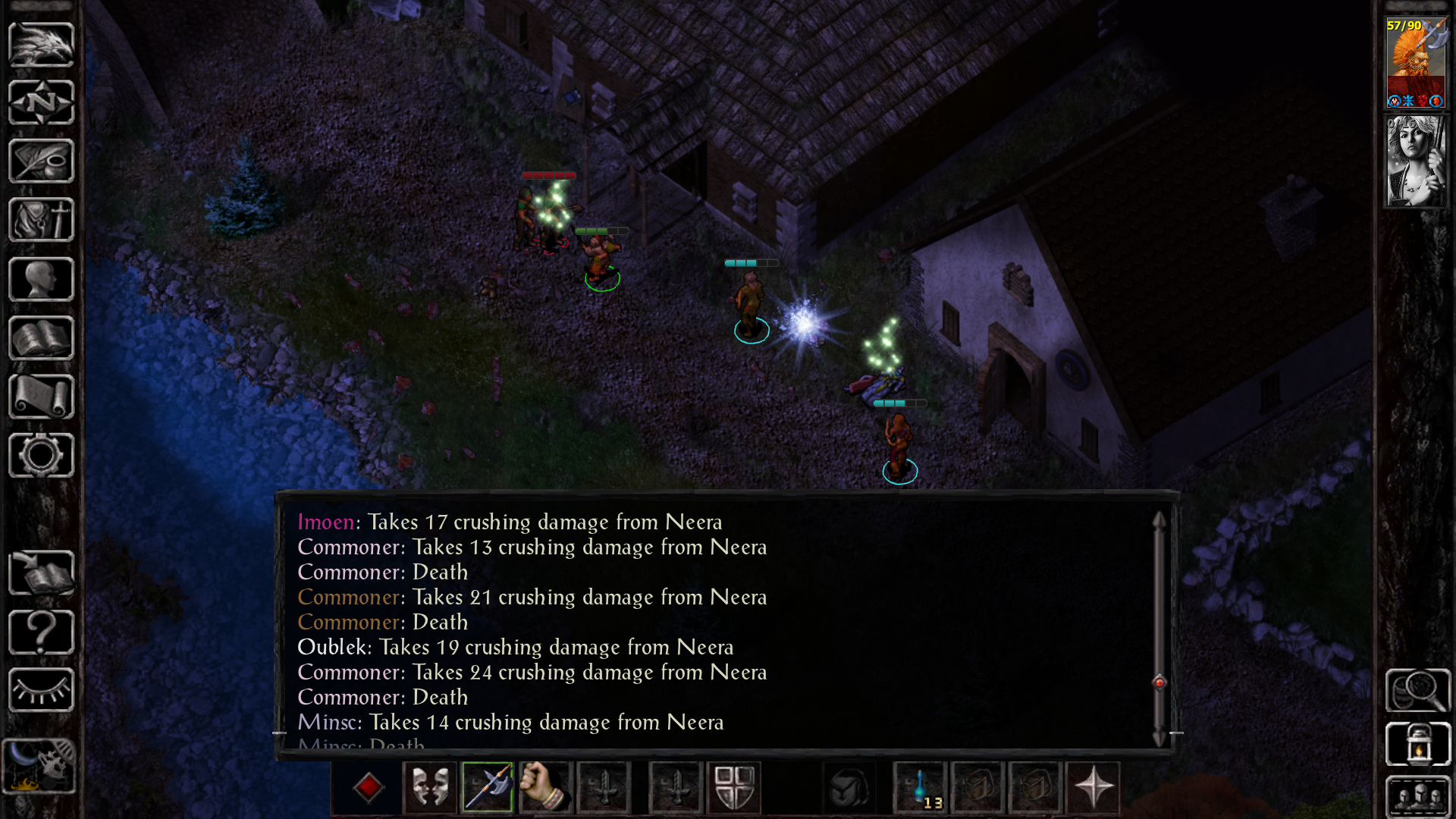 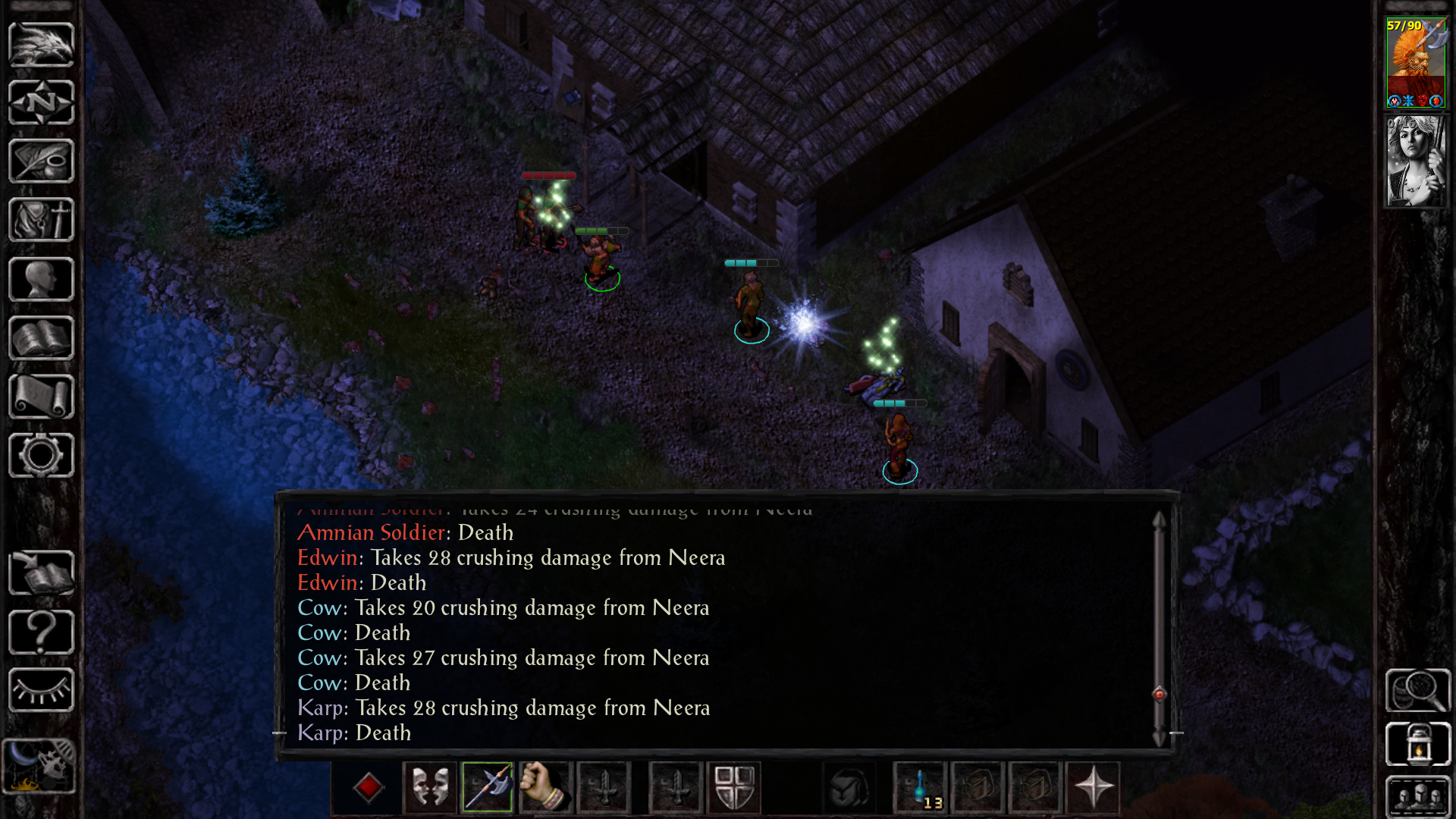 Having completely annihilated the town of Nashkel and slaughtering *THAT* many innocent NPCs, my reputation IMMEDIATELY plummeted, which caused Branwen and Imoen to leave my party: 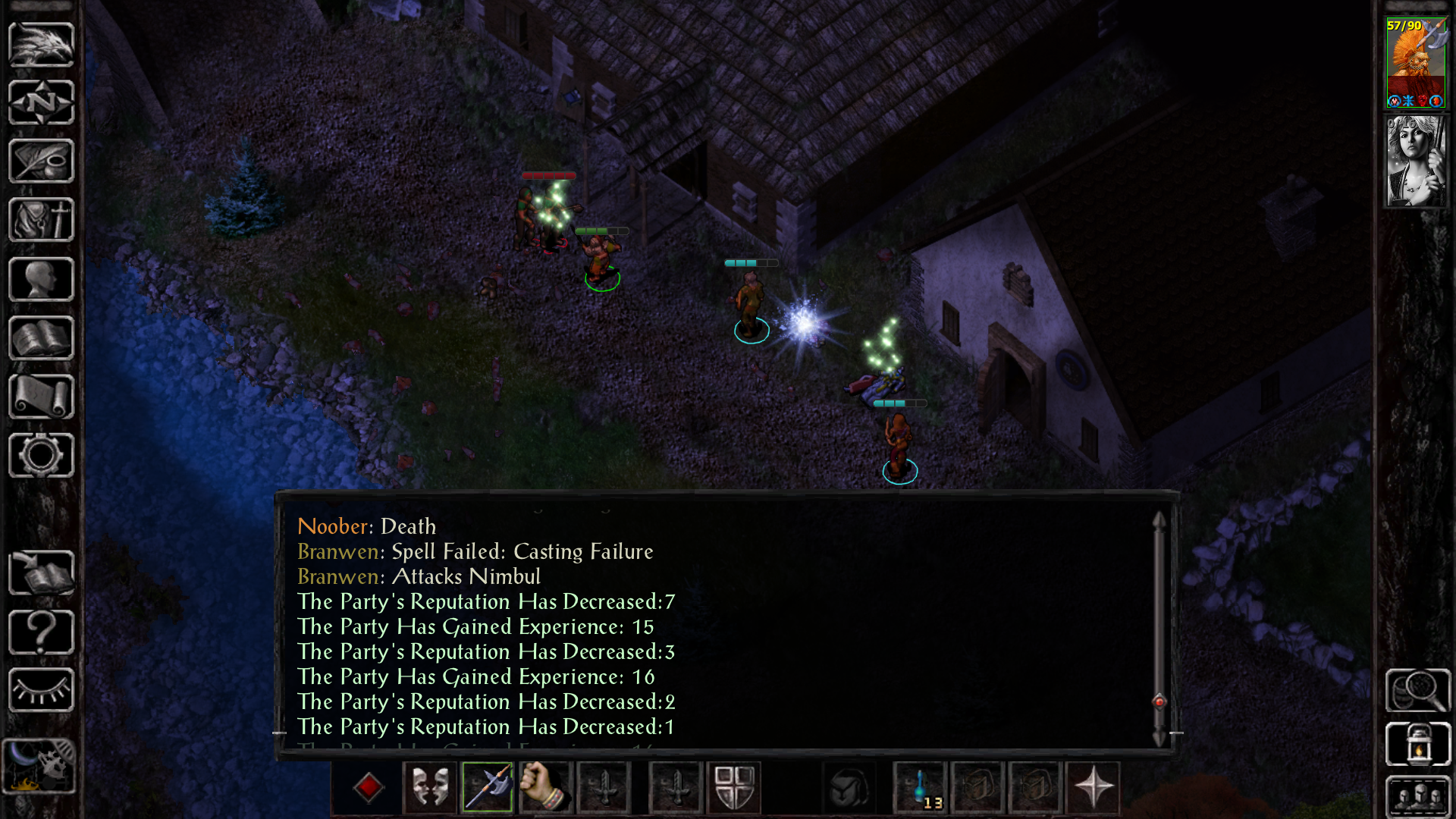 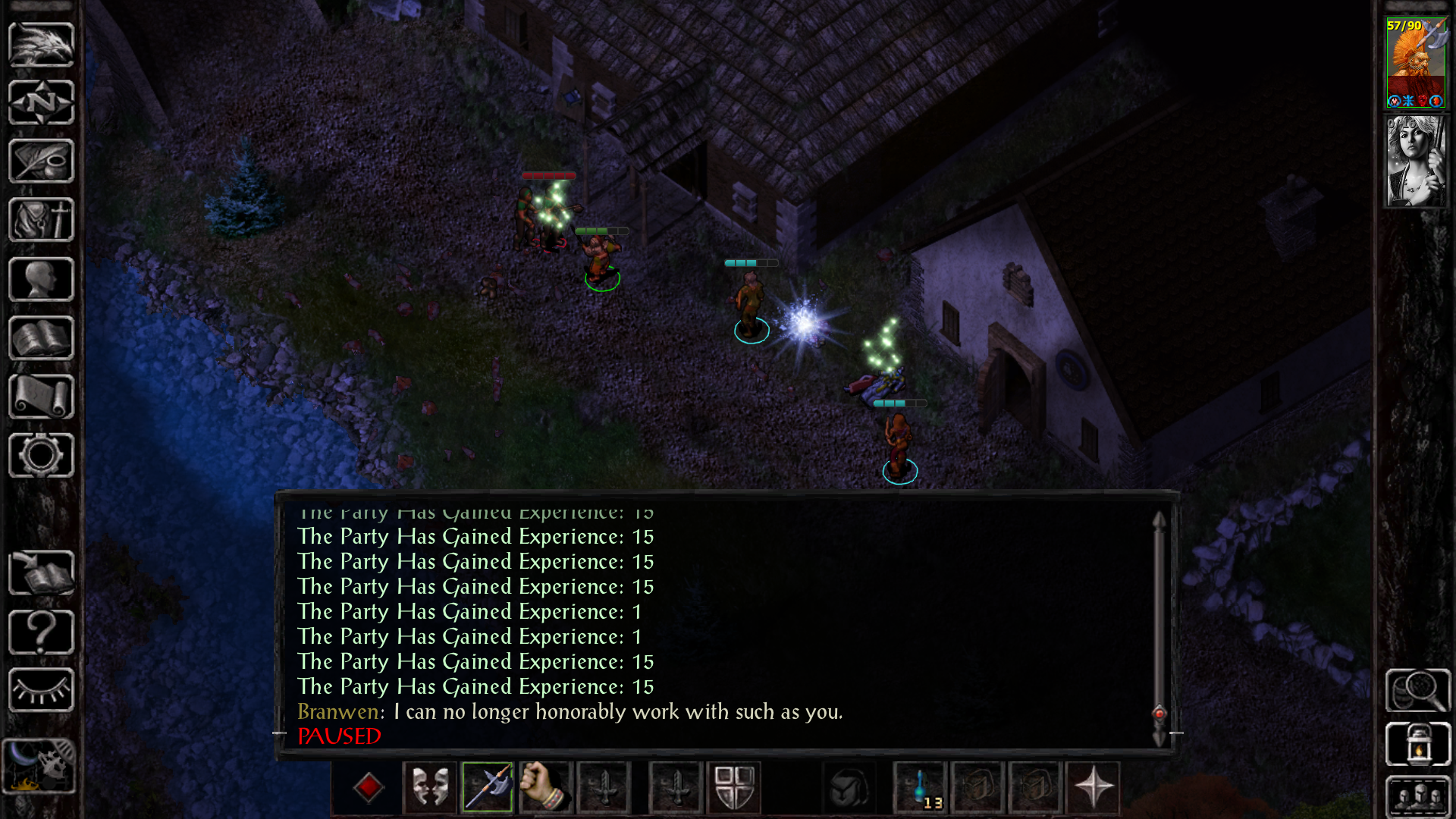 Having lost my ENTIRE party along with destroying my reputation, I am forced to reload my game as there's no way I can ever recover from this. All from a simple failed magic missile. Who knew? xD

What's your most epic Neera fail??