AionZ Member Posts: 3,156
September 2017 edited September 2017 in Challenges and Playthroughs
So I never finished my half-orc fighter/mage/thief playthrough a few months back because I got up to the City-of-Caverns then I tried messing around with my mods while on vacation and accidentally overrode my backups so I couldn't do anything when my game got wrecked.

Since then I haven't really had the motivation to start over and I've mostly been modding here and there. Now that I'm feeling up for a bit of a challenge again I took the time to rebuild my game and start over.

I'm not all too keen on enforcing rules. Most of the time I end up breaking them anyhow. Nonetheless, I'm keeping this playthrough as roleplay-oriented as possible, so powergaming is kept within the realm of reason. That said I'm still going to have to abuse a few tricks here and there because I'm really not that good.

Most of my mods don't go a long way towards making the game harder. If anything the bonus experience, gold and items will probably only do the opposite. Regardless, for anyone who's interested in the mods I use:

I have used this character over the course of several years and he is still by far my favorite. This time I designed a fitting (albeit super cheap) kit for him. 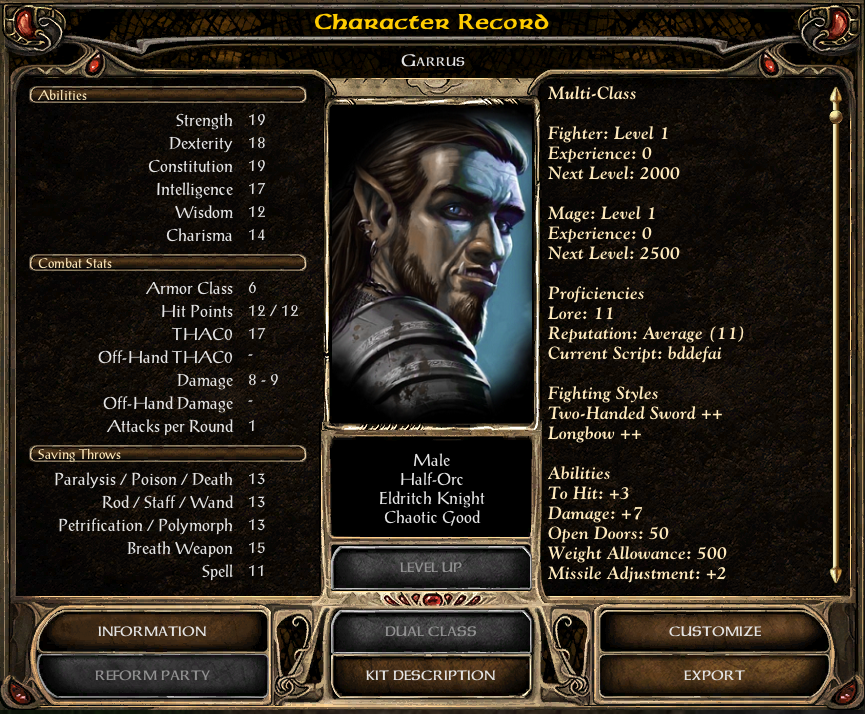 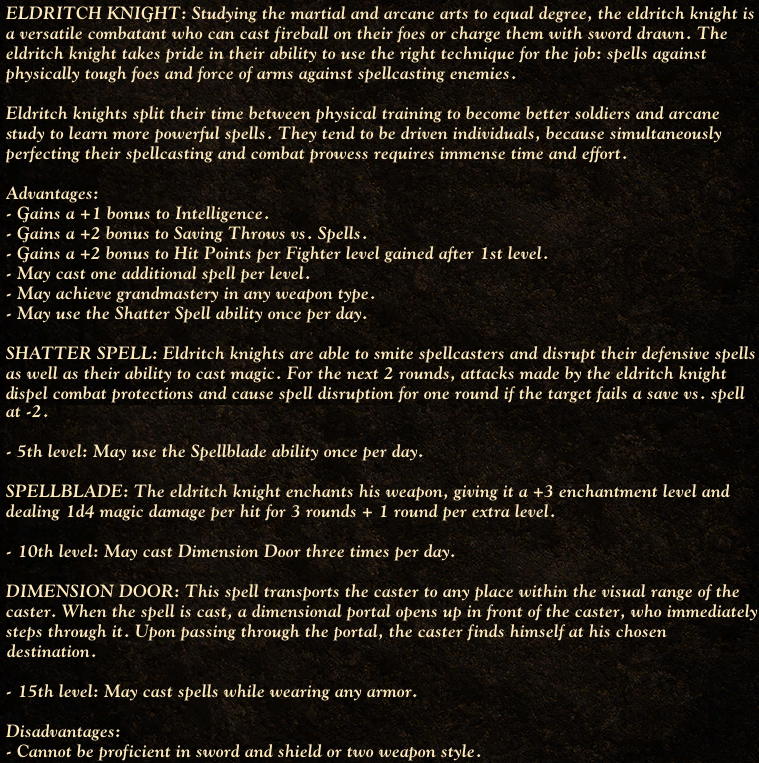 The innate bonuses are pretty big but I don't think the abilities will make or break fights that often. Maybe Shatter Spell will turn the tides of a mage battle here and there. The other two are kind of just cool to have.

I'll see how far I get this time. Hopefully, so long as I've learned my lesson, no more technical issues will mess up the run for me.