Savage: The Shard of Gosen 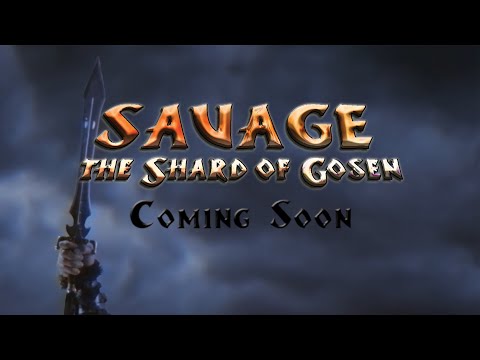 Apparently its been in development for a number of years, currently in Early Access but with a free demo available to try it out.

Thematically, its very clear the game is enthusiastic for Robert E. Howard's work, Conan especially. In terms of what this game is, its almost something new, and yet its not. I've played the demo, and my impression of it is that it is aiming for authenticity in feel towards games of the 16 bit era. It feels pretty traditional, moreso than most modern retro games. It reminded me of Zelda II a lot, but also games by Blizzard and Enix from that time like Blackthorne, EVO and Soul Blazer.

However it has a fair amount of plot dialogue and lore, which I thought was cool. Early on you meet a guy in the mines you've escaped down into and it turns out he's a deposed king who's been imprisoned by the warlord who seems to be the games eventual antagonist.

There's crafting, and levelling up items you equip for boosts, and a levelling system with primary stats. The combat is sort of like what Apotheon did only more how a 16 bit game would do it. When you block with your shield you have to actually block high or low depending on incoming attacks. Jumping on enemies stuns them, there's subweapons, different armours, and pretty varied enemy design. That's about all I can go into so far, from the demo, but I am very hyped to play this game in its completed state. It's ambitious especially coming from one person, and I'm very much wanting games like this, because I'm disillusioned with the modern games industry and I want to see new games that seek to expand on the past and take them new places.
0 · Share on Google+ Share on TwitterShare on Facebook
Sign In or Register to comment.
2016 Overhaul Games, a division of Beamdog. © 2016 Hasbro, Inc. All Rights Reserved. Baldur's Gate, Dungeons & Dragons, D&D, Forgotten Realms, Balder's Gate, Wizards of the Coast and their logos are trademarks of Wizards of the Coast LLC in the U.S.A. and other countries, and are used with permission. Hasbro and its logo are trademarks of Hasbro, Inc. and are used with permission. © 1998 BioWare Corp. All Rights Reserved. BioWare, the BioWare Infinity Engine and the BioWare logo are trademarks of Bioware Corp. Black Isle Studios and the Black Isle Studios logo are trademarks of Interplay Entertainment Corp. Atari and the Atari logo are trademarks owned by Atari Interactive, Inc. All other trademarks are the property of their respective owners.
Beamdog Wizards of the Coast Powered by Vanilla