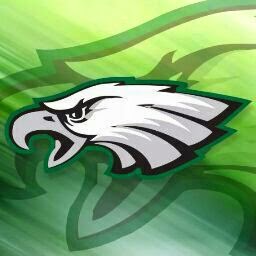 SyrusGreycloak Member Posts: 10
October 2019 edited October 2019 in General Discussions NWN:EE
So my kids are into D&D now and wanted me to get some of my old custom NWN stuff merged together with CEP and some other things. As I was trying to put together the tlks, it occurred to me that a Builder's life would be much easier if multiple tlks could be specified in a module.

Per the tlk documentation:


Could it be expanded to add a high byte instead of using the high bits of the current value to allow using multiple custom tlk tables? The community could setup a standard as to which ones to put where, so long as the UI gives us the option to order appropriately and perhaps leave some spots empty.

So, for example:
0/no value - standard game tlk
1 - leave for module/pw world builders own content


Each large community project can have their 2das have the correct numbers because they'll know 'slot x is used by my project, so all my strrefs must be high byte value + line number'. Builders would just have to slot the tlks in the correct spot. Obviously this doesn't remove merging 2das together for top haks, but does remove having to renumber strrefs when tlk text has to be moved to different places.

The issues I see are:
- restructuring the toolset custom content UI to facilitate 'slotting' the tlks to associate the correct high byte value to the respective file. Perhaps, per the example above, I don't want to use CEP, but I want PRC, and it has to come in as 3 to keep their 2da values correct. 2 would (and possibly 1 if a module builder doesn't use their own tlk file) need to be blank and the game engine would need to make sure the relevant file gets assigned the correct value you need.
- updating the module ifo gff to handle a list of alternate tlks structs, plus allow blank entries in the list & relevant code for this. Change in the ifo file could break community tools that edit this file.
- updating code to handle extra byte if it currently cannot handle the extra value already (i.e. code uses smaller data type)
- backwards compatibility for old modules using custom tlks. If feasible, keep the prior method of mapping values using the 01 high-bit to the first specified alternate tlk
0 · Share on Google+ Share on TwitterShare on Facebook