UncleSporky Member Posts: 100
November 2019 in General Discussion (Spoiler Warning!)
During the events at the Isle of Balduran, the party gets infected with lycanthropy. You have 25 days to cure it, or else everyone in the party but the hero will be transformed into a greater wolfwere, probably bringing your adventure to an end.

The details of this infection have snagged a number of players over the years, there are reports across the internet of problems people have had with it...primarily the fact that you're given 25 days, but the ship ride back to Ulgoth's Beard takes 22 days, so if you slept 9 times before leaving the island, everybody transforms instantly as you land on the docks. I wanted to see this myself so I did it on purpose, and yeah. It's kind of terrible but also a fun detail...most modern games would never do anything like this and just handwave it away. You can't put the player in a "walking dead" scenario, right?

But anyway. I was curious what would happen if I just ran from the wolfweres and tried to escape. So I did, and I succeeded. I ran all the way back to the Friendly Arm Inn by myself as fast as my legs would take me. Sorry Minsc, Dynaheir, Branwen, Coran and Imoen...I guess you're out there tearing up Ulgoth's Beard but that's none of my business.

Their portraits in the party list were still grey, though. That meant they should be revivable, right? But wait, they're not dead, they're werewolves...?

It turns out the way the game turns your party into werewolves (or wolfweres) is that it kills them, and then spawns a greater wolfwere in the spot they were standing. And that 25 day lycanthropy timer is still expired.

So naturally when I paid a visit to Gellana Mirrorshade and paid to revive all my dead friends...they immediately died again, and spawned another wolfwere in their place. Even though they're all still back at Ulgoth's Beard terrorizing the docks.

And you can do this again and again, keep reviving them and spawning more... 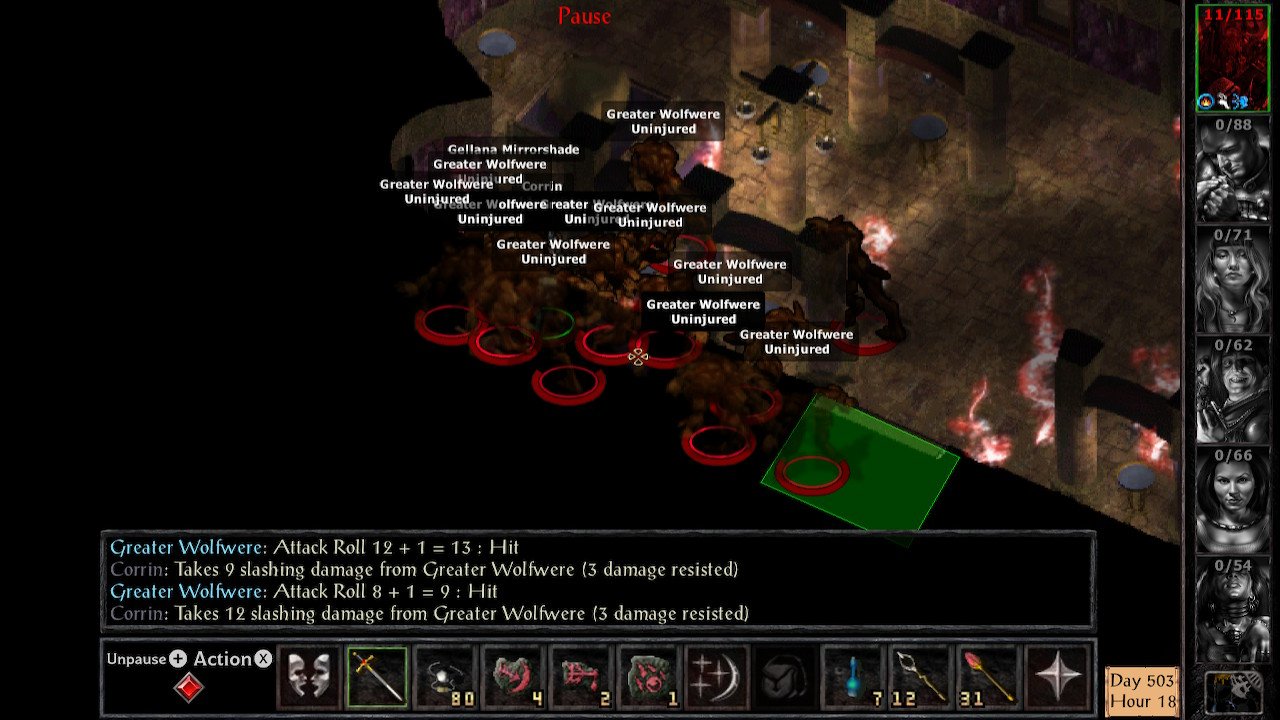 (I set up a teleport field in the hopes that they wouldn't crowd me before I could revive them again. Didn't work the best.)

But then I had another thought.

See, I had collected every party member in the game and deposited them in the Friendly Arm Inn. 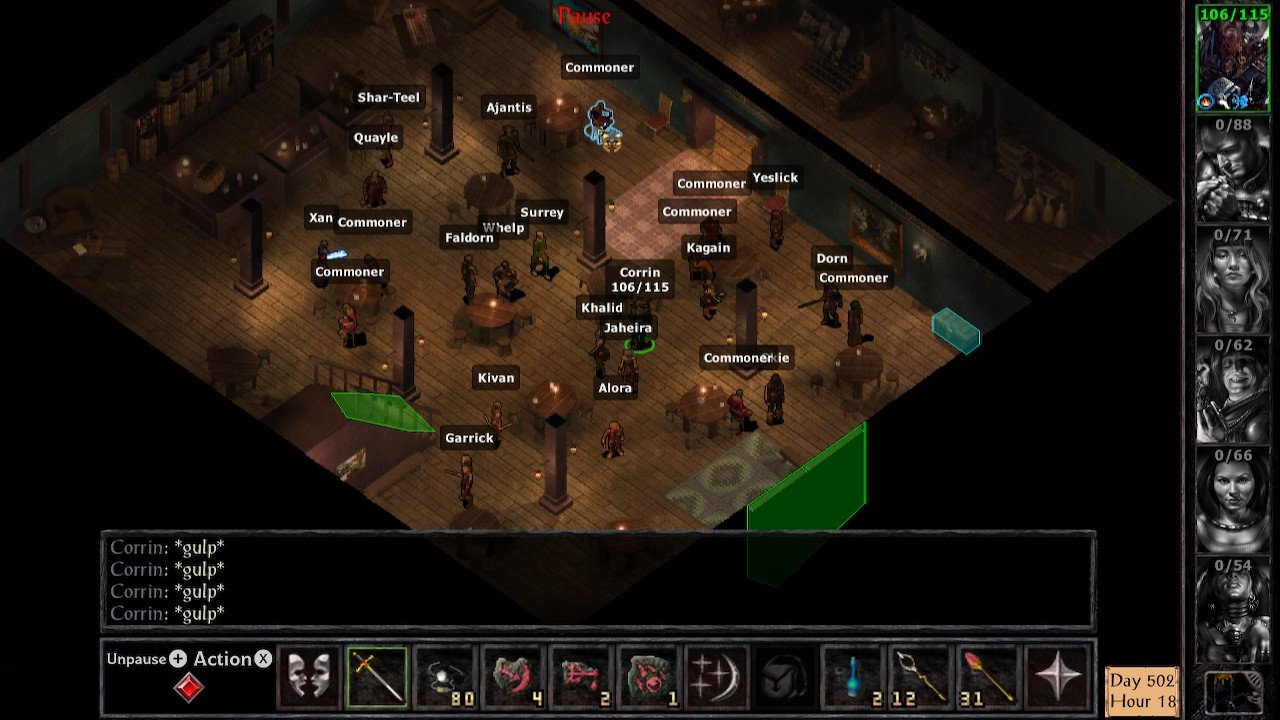 What happens if I recruit more party members?

It turns out...well, they're party members. And the script says that if the 25 days are up, all party members turn into werewolves, no exceptions. 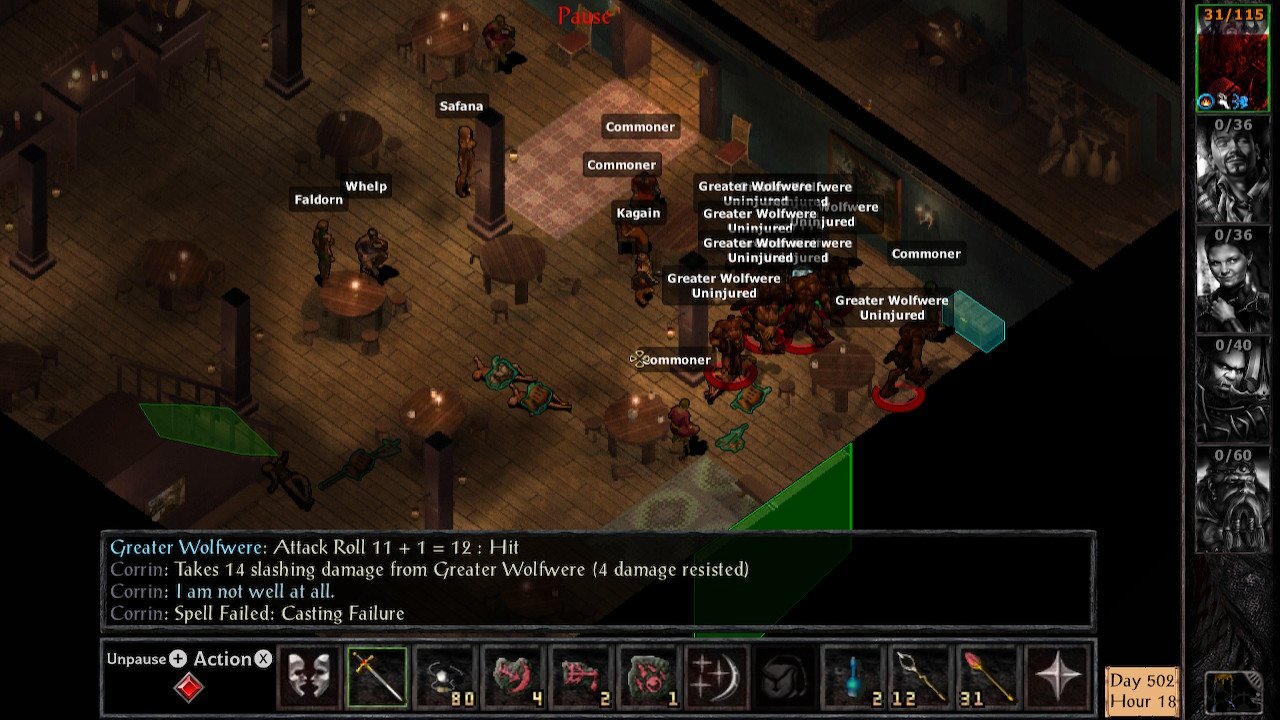 Even though none of them were ever at the Isle of Balduran and never got infected to begin with.

They give you that nice "joining up" speech again, "oh I've missed you, do you want to go on more adventures together?" "Sure, let's go!" *immediately explodes into gore* 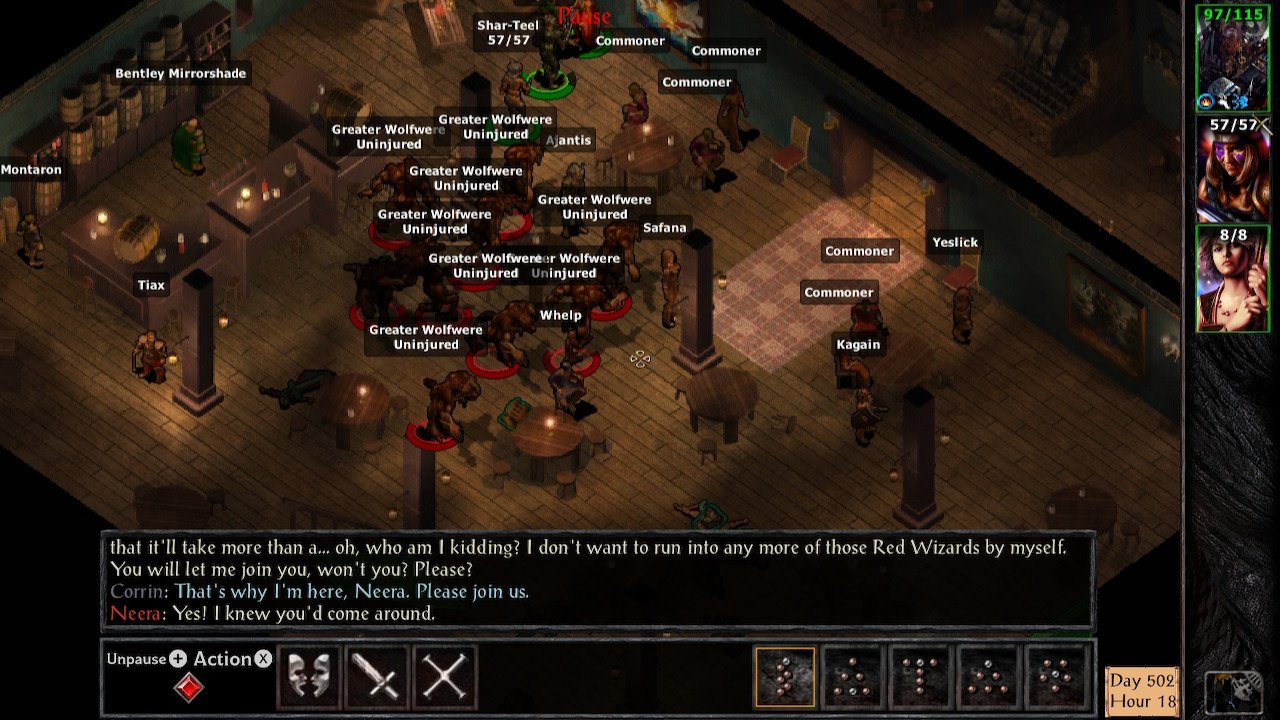 It's really hard to talk to everyone, or even most of them, before you get completely surrounded by wolfweres and killed. Again I set up a teleport field to keep them moving around, and at least once I cast invisibility on myself to get some breathing room. It's still nuts. 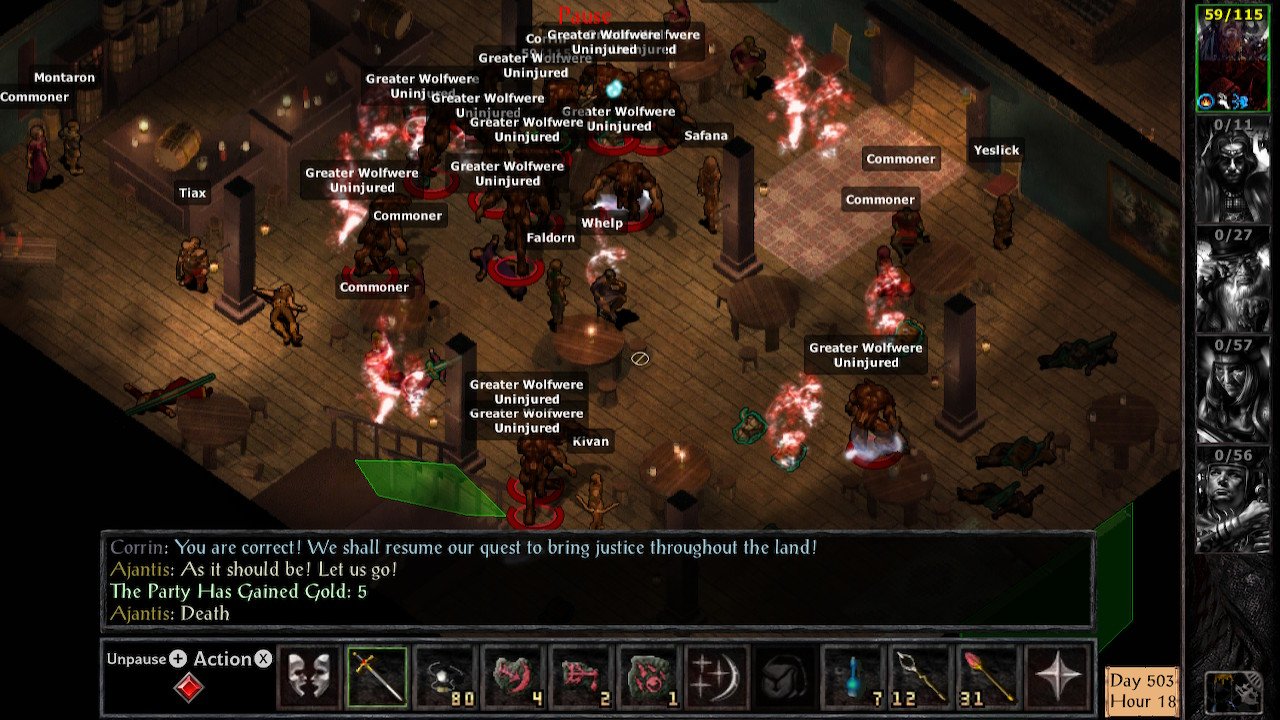 So ends my goofy foray into wolfwere nonsense.