PLANESCAPE: TORMENT AS IT CELEBRATES ITS 20TH ANNIVERSARY

As we get ready to close out on a decade, we thought it would be fun to look at a game that is about to celebrate two decades of existence - Planescape: Torment. The roleplaying game from Black Isle Studios first released on December 12, 1999, and helped define the isometric RPG genre.


Planescape: Torment took the Infinity Engine - made popular by the original Baldur’s Gate - and tweaked it to deliver a story-driven game set in the Dungeons and Dragons’ universe of Planescape. During your journey as The Nameless One, you’ll meet other characters and try to solve the mystery of your immortal past. Being immortal sounds cool, but there’s a catch: each time you die you forget your past memories.


The game was met without much fanfare when it released, but many critics stated at the time that it was the best RPG to release that year. You can even find it on many “Top Games” lists thanks to its unique story and robust in-game worlds. Now, the game is considered a cult classic and if you are a fan of the genre, it is absolutely a must-play.

The Philosophy of Planescape: Torment


Planescape: Torment is all about choices. Not necessarily choices in the game, though there is some of that, but the choices we have made in the past that send ripples throughout time. It plays with many ideas, but what it plays with the most is the idea of death and rebirth and how with each new life, we become a different person based on the circumstances of our rebirth. You can even see this theme in the main menu of the game where most games would have the option for you to start a new game, Planescape asks you if you would like to start a new life or resume an old life. It’s one in a number of ways the game makes you consider the consequences of your choices and the insignificance of a single life when it comes to the nameless one. But The nameless one is unreliable. His memories are fractured and missing. We cannot rely upon him to give a faithful recollection of his actions, and since I believe that intent does not matter and instead, what matters most is how your intentions are experienced by others, let’s explore the Nameless one through the eyes of the people who knew him and who have met him for the first time. 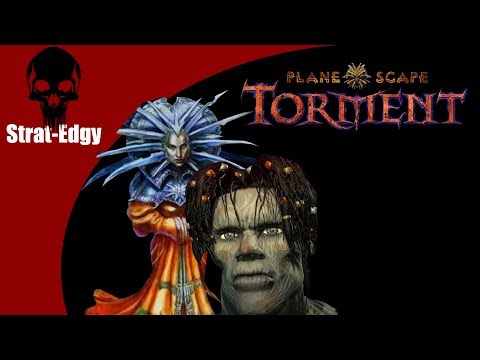