Some if not most of these multikits are very powerful. The game difficulty may take a hit and it is thus recommended to increase it in the game settings or with other mods.

It is compatible with Mod NPC. So you could give multikits to recruitable NPCs: 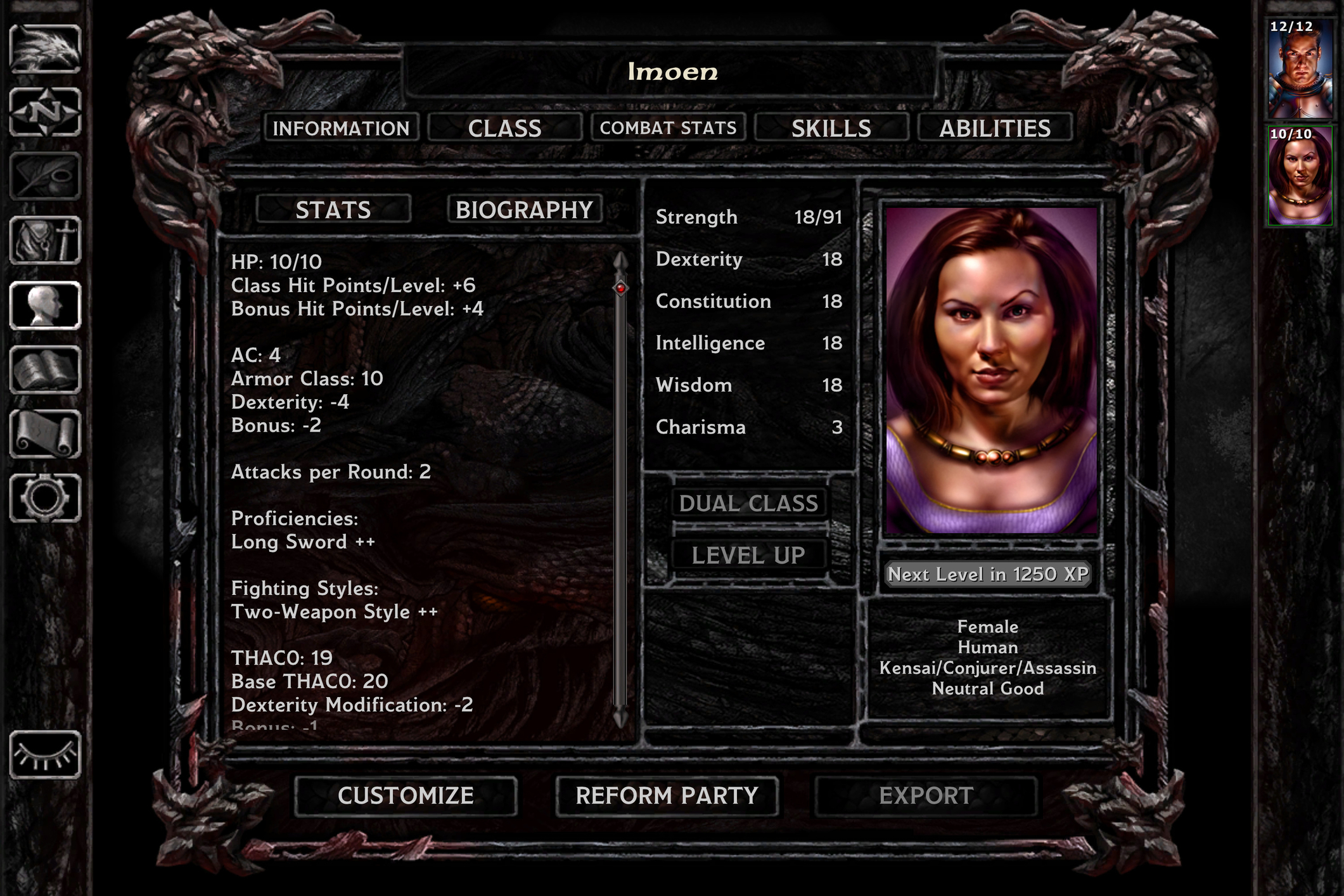 Then install the mod by double-clicking the 'setup-abel_multikits_mod.exe' file and just follow the instructions.

The following classes and kits can be assigned (if legal) to most of these:
- Berserker, Kensai, Dwarven Defender (Dwarf)
- Conjurer, Mage
- Assassin, Swashbuckler
- Priest of Lathander, Tempus and Tyr
- Stalker
with a few extra:
- Wizard Slayer/Wild Mage, as a meme multikit for Xzar-like loonies
- Kensai/Shadowdancer

Please note that due to internal limitations, sneak attacks won't work for Stalker and Shadowdancer multikits (but backstab will).

THANKS
This mod wouldn't exist, weren't it for the work of @Aquadrizzt, helped by fellow modders @subtledoctor, @AionZ and @argent77 on QDMULTI. My thanks to you!
abel_multikits_mod v1.zip 920.6K
Post edited by Abel on December 2019