Waterdeep! The City of Splendors brought to life by ALFA is now Open to All 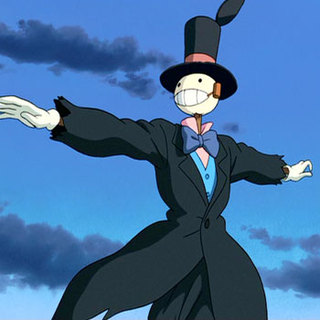 HDMayergo Member Posts: 6
April 3 in Persistent Worlds & Multiplayer
Waterdeep is one of the crown jewels of the Forgotten Realms Setting, and one of the largest cities in the setting. Its also one of the oldest and most treasured modules in ALFA, a NWN player community for over 20 years that has some of the best Role Players in the game and it is now available to you!

Our volunteer team has put in countless hours cleaning up the module and adding features and re-balancing classes. We boast a number of interesting features:

Custom Crafting - Not just weapons and armor, but enchant anything with spell uses or even build your own golem/undead army! Build traps of great power to use against your enemies or potions and bombs to access spells you could not otherwise! Or simply sell the components needed for these creations to those that need them in our healthy player economy.

Tame Wild Animals Permanently - Animal empathy need not be temporary anymore! In exchange for some XP you can permanently capture that beast, weather it be a dog or a purple worm! It will faithfully fight by your side as you wish from then on. Big thanks to the script changes from Beamdog to make this all possible.

Intimidate Foes to Freeze or Flee - Intimidate can make your enemies pause or run entirely when they see you. Barbarians roll it when they rage as well, and nothing is more amusing then seeing your foes scatter in battle! It was also added as a class skill for Sorcerer.

RAGE RAGE RAGE! - Barbarian is better than ever now that he gets to intimidate on rage, but there are other perks! Going in with no armor? Regeneration bonus! Two handed weapon? Vampiric regeneration bonus! Rage is a thing to be truly fearsome now and barbarian is an exceptionally fun class to play now.

Jump Climb and Fly upwards Terrain is more important than ever, as you can get better position by investing in these skills or spells. Watch out though, enemies will do it to you too!

Sorcerer Spell Surge Sorcerer has also been boosted with a 5% chance per Sorc level of getting a magic "surge", adding a random amount of their charisma bonus to the spell level. Sorcerer can now punch harder!

Not so dumb Creature AI has been vastly improved. Some players have even been convinced a DM is in control when none is even on. Goblins will employ group tactics and hit and run. Other creatures may stay hidden entirely and pick your pocket clean. Frontal assault is rarely the best solution here.

We would be happy to welcome you to our community of Role Players in ALFA's Waterdeep!

You can check our discord here

Welcome to the City of Splendors!