Aerie Member Posts: 226
June 2020 in Challenges and Playthroughs
Previously I did a play-through with the party member Aerie as charname, this time I'm using Valygar. I'm going to be using all of the cursed items or as many as I possibly can in this play-through. I'm also going to make Valygar a fallen ranger, make him romance Dorn and try to make Dorn lose his Blackguard status.

Valygar is somehow a Bhaalspawn (don't ask me how) maybe part of his magical wizard Bloodline? As an extra prisoner he ''found'' some items. Mainly the Claw of Kazgaroth (Lowers constitution by 2 points among other effects), Kiel's Morning Star (auto-berserk weapon) and Elander's Gloves of Misplacement (-2 dex and -10 THAC0 penalty). 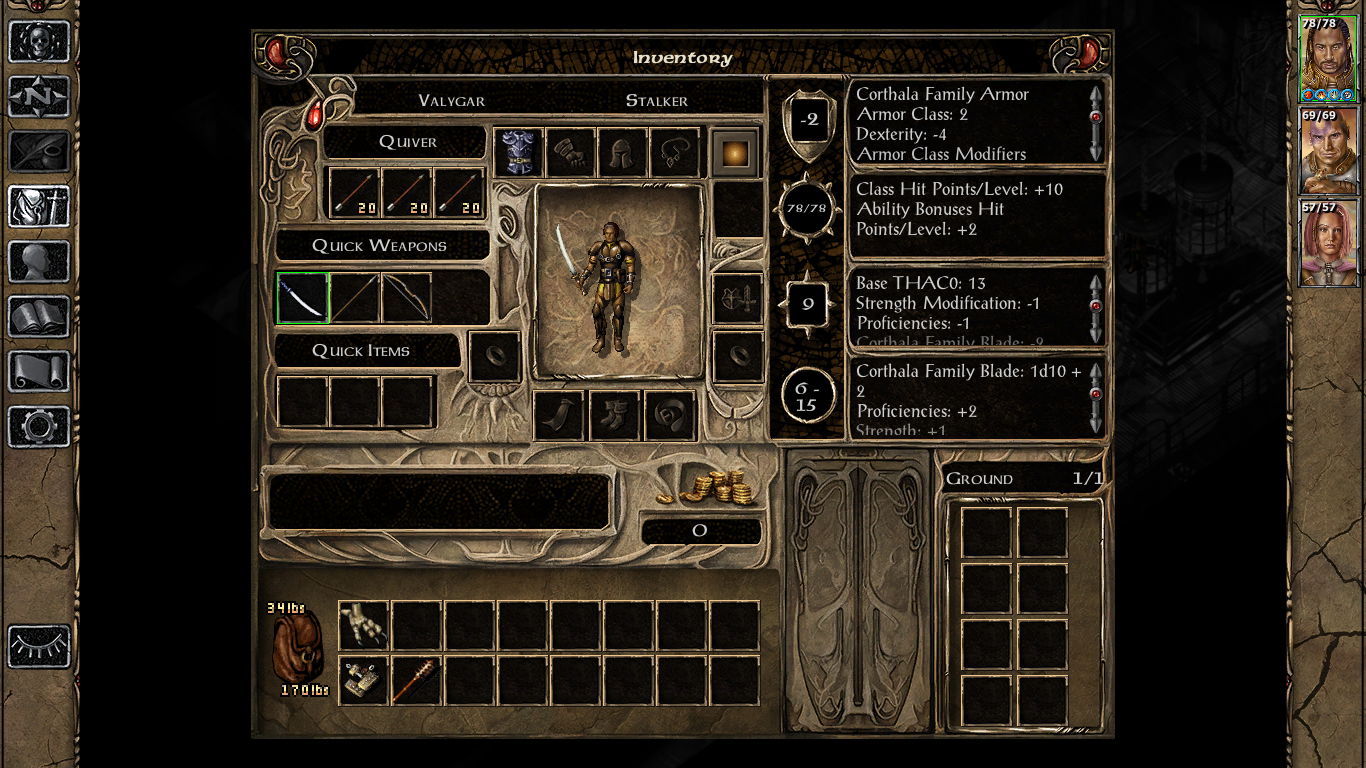 I equipped the ring on myself, gave Minsc the morning star and Jaheira the gloves. Only a few minutes in and by equipping the claw Valygar can no longer use his family blade 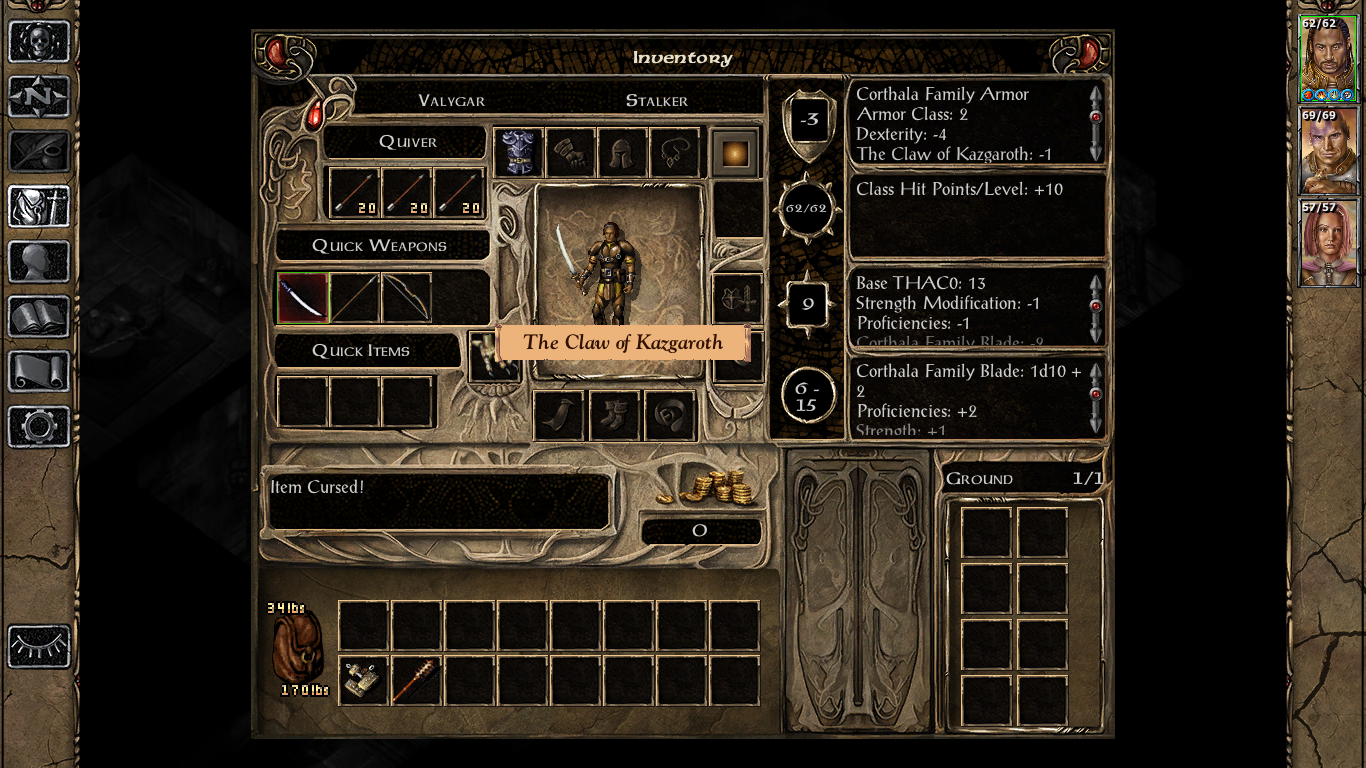 Here are all the Prisoners in Irenicus's dungeon (note the OG Bhaalspawn John, he's being left behind). Anyways the main tactic was Valygar, Imoen and later on Yoshimo all used shortbows and fired arrows while Minsc took on all the enemies. It wasn't that simple though, especially in the Mephit room when Minsc just chased after our party and nearly killed Yoshi. Other screenshots below, including deliberately giving Yoshimo cursed scrolls and Jaheria's terrible THACO. 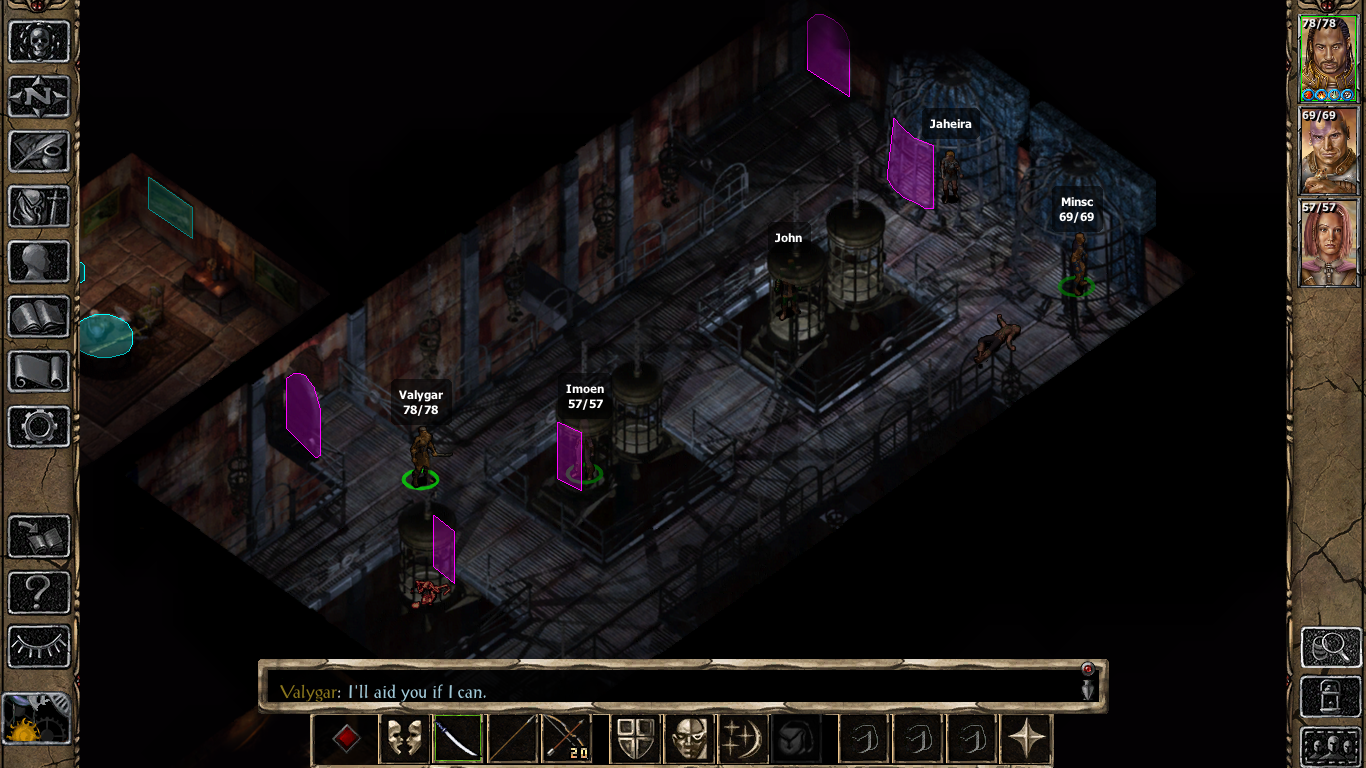 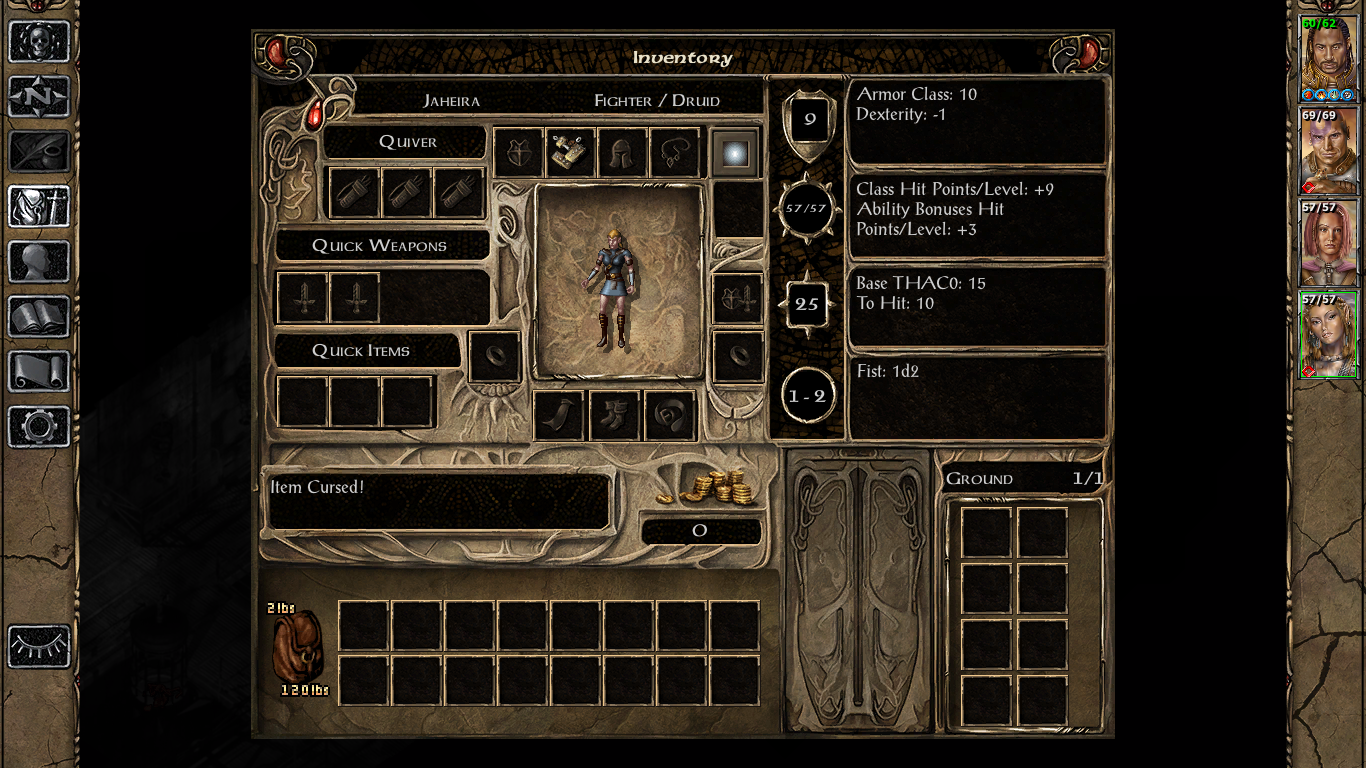 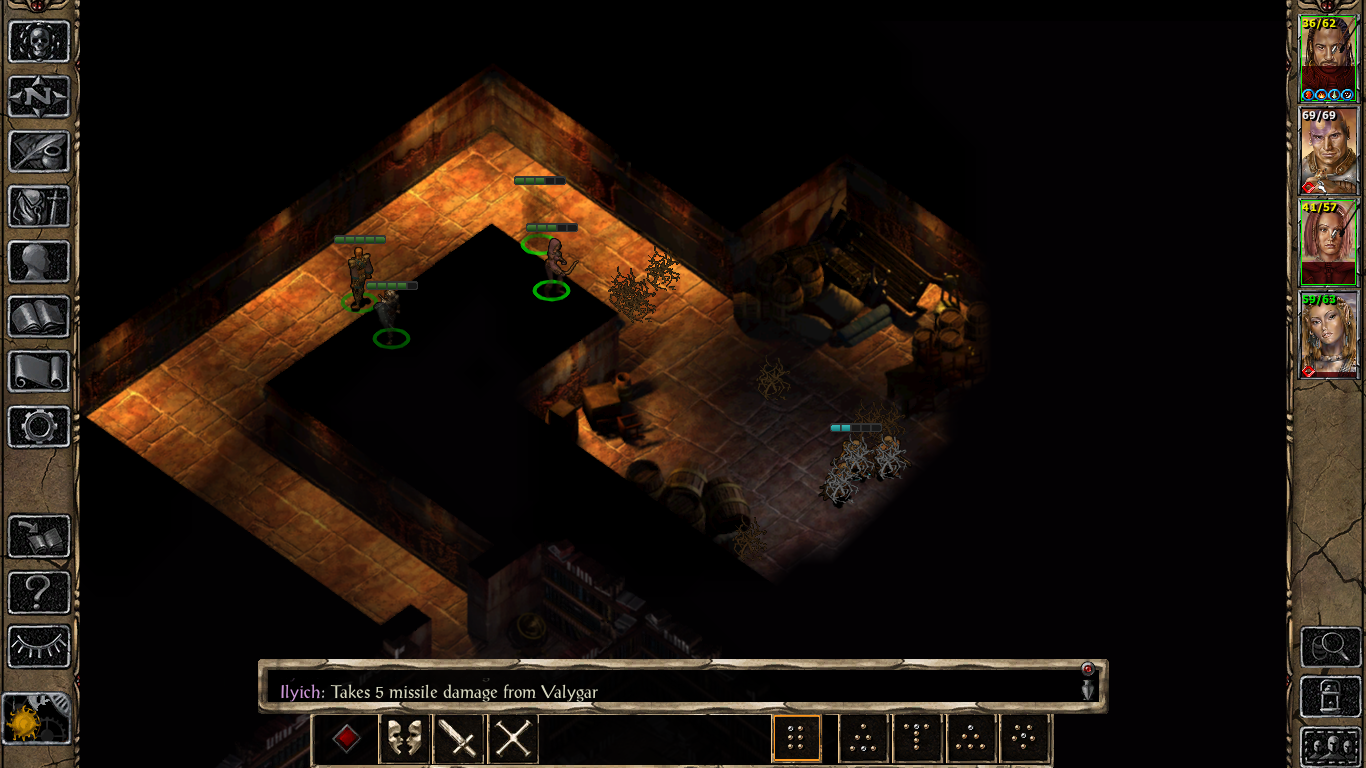 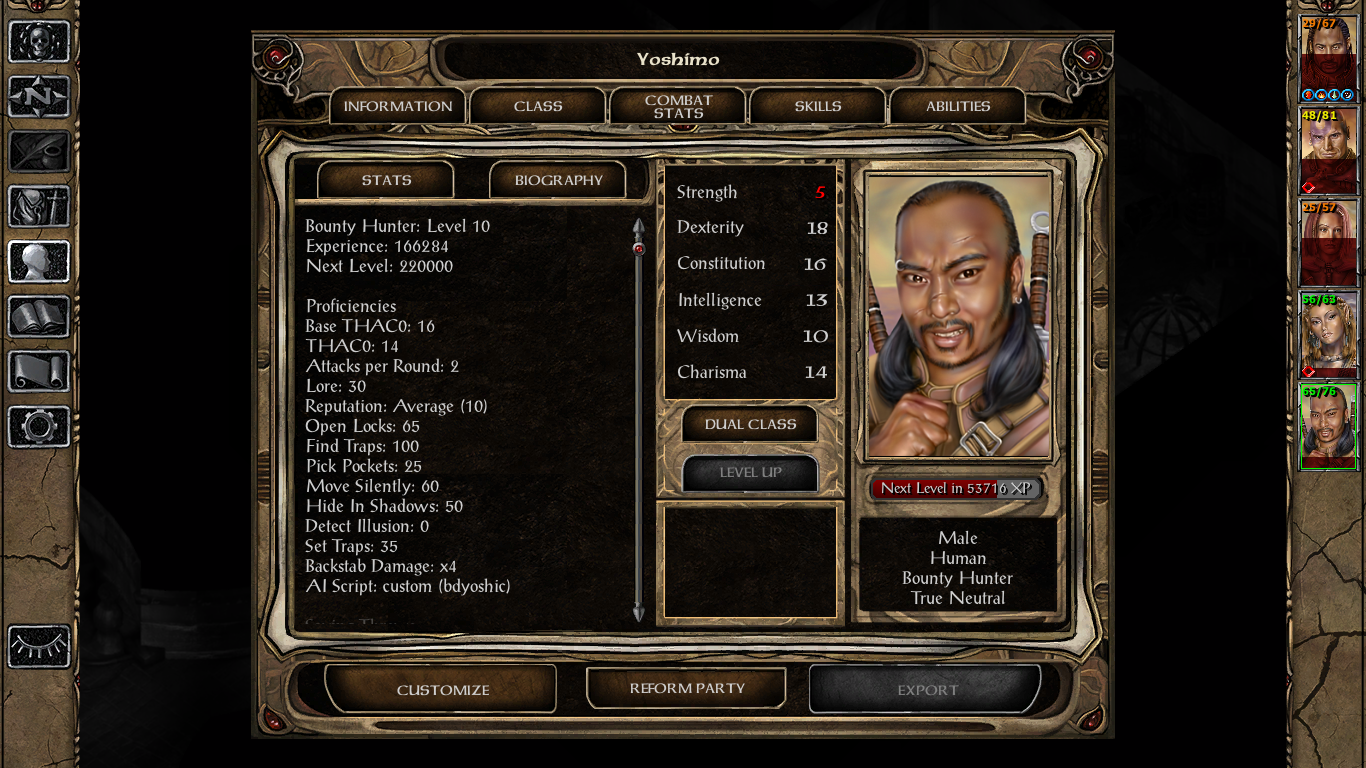