I learned Bridge District on guitar & discussion on lost startup music in BG2:EE

Viekang Member Posts: 2
December 2020 in Baldur's Gate II: Enhanced Edition
Hello adventurers, I learned a BG2 song on my guitar and wanted to share it here. I think it's called "City Gates", but it can be heard around the Bridge District of Athkatla. 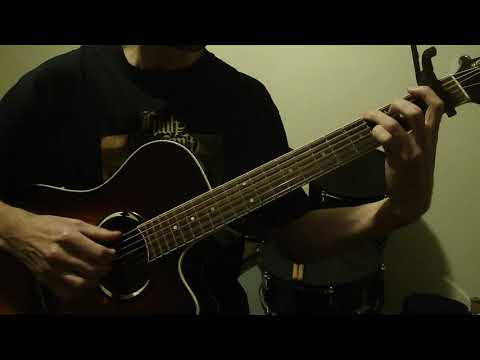 I would also like to re-point out that the opening track from BG2 was removed from BG2:EE. I'm referring to the "Autorun" music that played when you first insert the disc or opened the .exe file - this was different from the main theme. Instead, now when you open BG2:EE, the main theme of BG2 plays straight away at the BG2:EE/TOB/BP selection menu and again when you select BG2:EE.

I think if possible, the "Autorun" music should be re-incorporated into the startup of BG2:EE, as it was a very memorable fanfare in the original. I would suggest it play at the screen where you select between BG2:EE/TOB/BP, instead of the main theme playing back-to-back menu screens.

*Note the "Autorun" track is a slightly different version of the Temple District music that still exists, but I'm pointing out how it was lost from the startup.

The original thread on this where you can hear the "Autorun" and Temple District as separate tracks: https://forums.beamdog.com/discussion/63714/lost-music-in-bg2-ee-s