What is the best wish option, in the situation pictured here:

jmerry Member Posts: 1,710
April 13 in Baldur's Gate II: Enhanced Edition
What is the best wish option, in this situation: 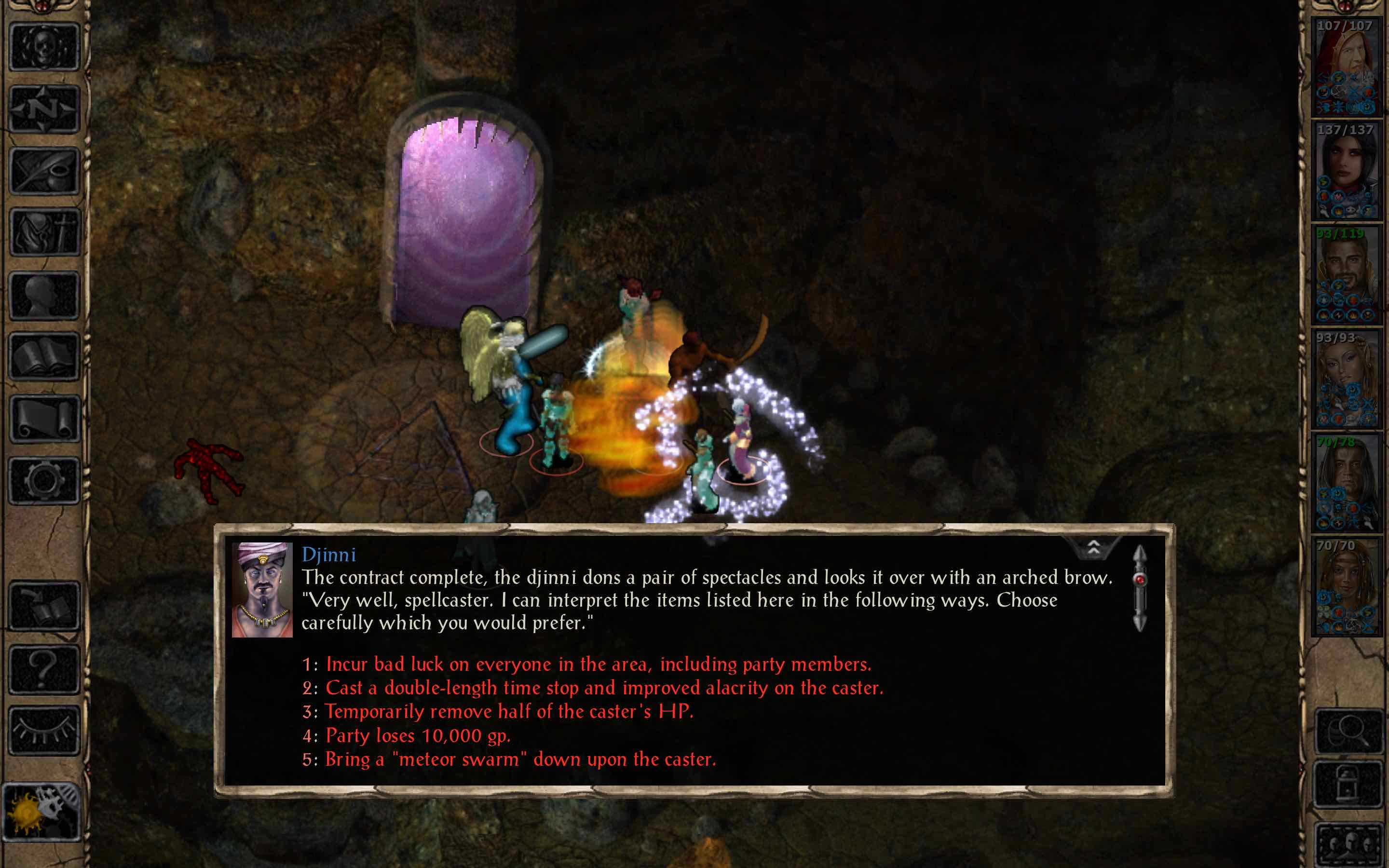 Text of the options (duplicates picture content):
1. Incur bad luck on everyone in the area, including party members.
2. Cast a double-length time stop and improved alacrity on the caster.
3. Temporarily remove half the caster's HP.
4. Party loses 10000 GP.
5. Bring a "meteor swarm" down upon the caster.

Relevant facts about the situation:
- There are no current enemies, but Vithal is about to return from his final trip into the elemental planes.
- This wish has been cast by a projected image of the (dragon disciple) protagonist, and the djinn is speaking to that image.
- This image has already summoned a planetar and prepared a 3x Incendiary Cloud chain contingency.
- The entire party is currently immune to fire (100% or more resistance), and the protagonist is wearing the cloak of mirroring.
- The protagonist is wearing the robe of Vecna and amulet of power, for the best possible casting speed.
- This was played in BG2EE 2.5, with mods including SCS. While some of these wish spells have been altered slightly, that's all for AI scripting purposes; no substantive changes have been made to their effects.

I'll post my answers to this one tomorrow, when I put up the part of the run that the picture comes from.

What is the best wish option, in the situation pictured here: 8 votes

Oh, it's bad luck to be you
0%
A big ball of wibbly-wobbly timey-wimey stuff
12%