Conwan Member Posts: 30
April 24 edited April 24 in Baldur's Gate: Enhanced Edition
I felt like playing a Fighter/Mage Charname today, but with some interesting twists. I wanted to play a mongol archer type of character, which is surprisingly easy to roleplay in this game. The D&D (and Baldur's Gate) universe has the steppe people from Taan, which are basically the D&D equivalent of the Mongol people. The Tuigan bow is, apparently, one of the best shortbows in the game (alongside the shortbow of Gesen) and this character will only wear robes, which mirrors the fact that most Mongols wore furs rather than armour. The Steppe grasslands are rather cold, after all.

I will play this character as a ranged fighter/mage, getting a grandmastery in shortbows before I dual class into a mage and focus on summoning and necromancy. Both the Bhaalspawn and mongols are associated with death, after all. All things considered this character feels like it would fit very snuggly within this game and it's this type of roleplaying that keeps the trilogy fresh for me. 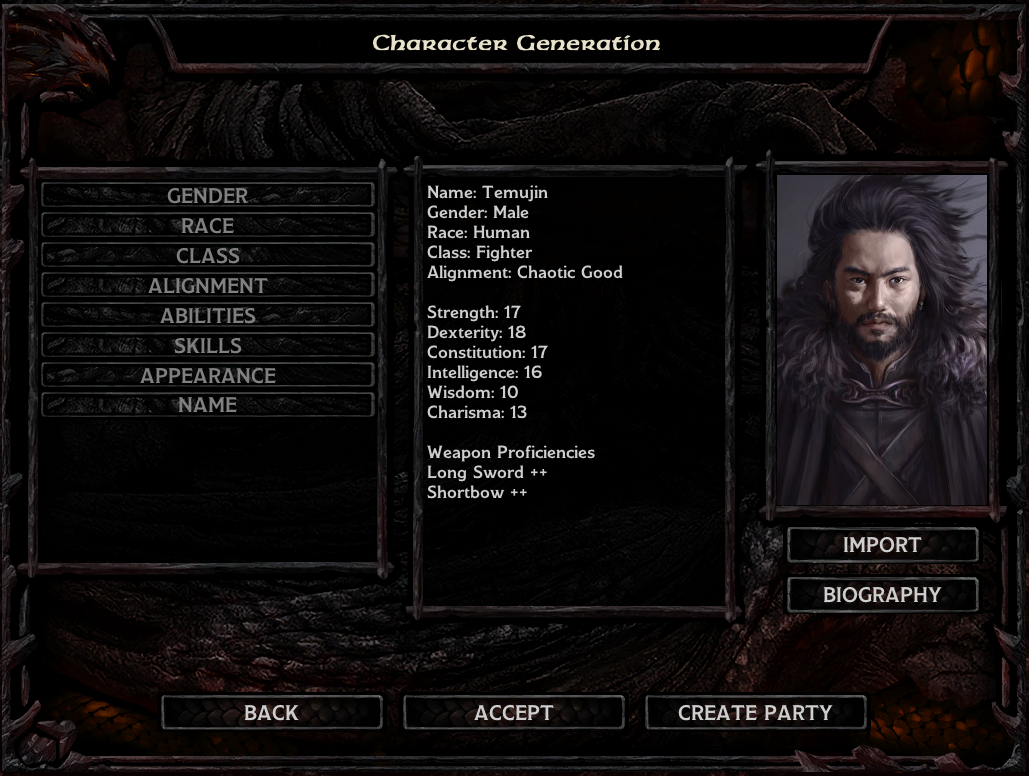 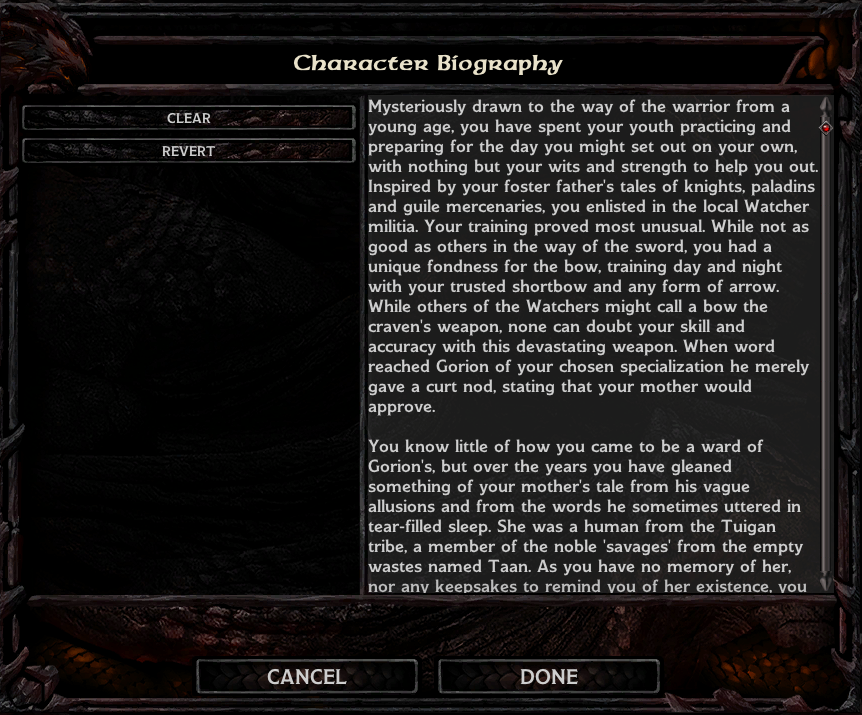 So now that I'm done bragging, what kind of creative characters or unique builds have you guys had a lot of fun with? And did it fit within the lore of the game?