kapsikum Member Posts: 1
September 2021 in Official Campaigns
Hi,
I've been trying to get through the lighthouse puzzle in PotSC but I seem to be stuck. There are always one or two pillars that don't turn to white, despite clearly working in other ones (e.g. if there is a cyan pillar I point a red arrow at it and it turns white, except in one instance where it doesn't...). I always notice that there are pillars (the ones that don't turn white when I expected them to) that when hovering with the cursor say different colors depending on the place the cursor is. It can say white/cyan for instance. Or green/yellow as in the pictures below. 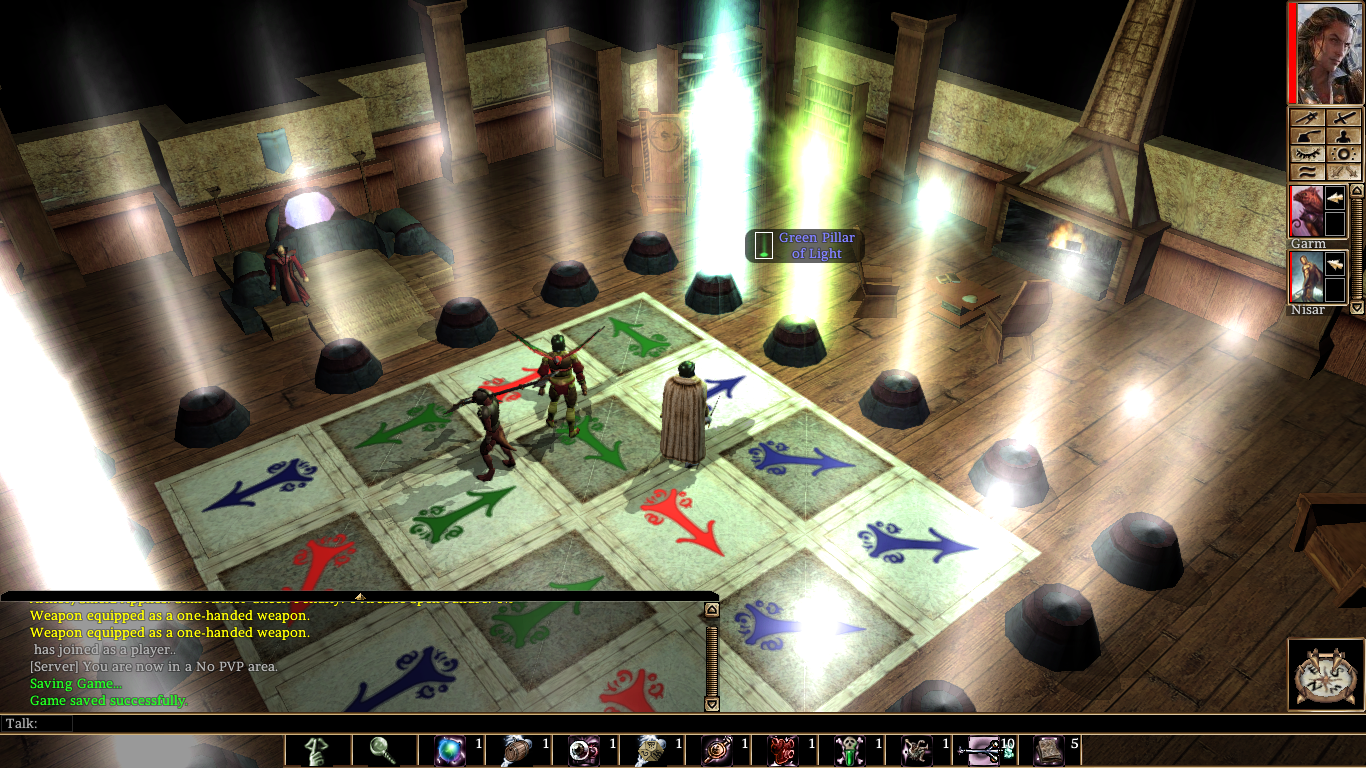 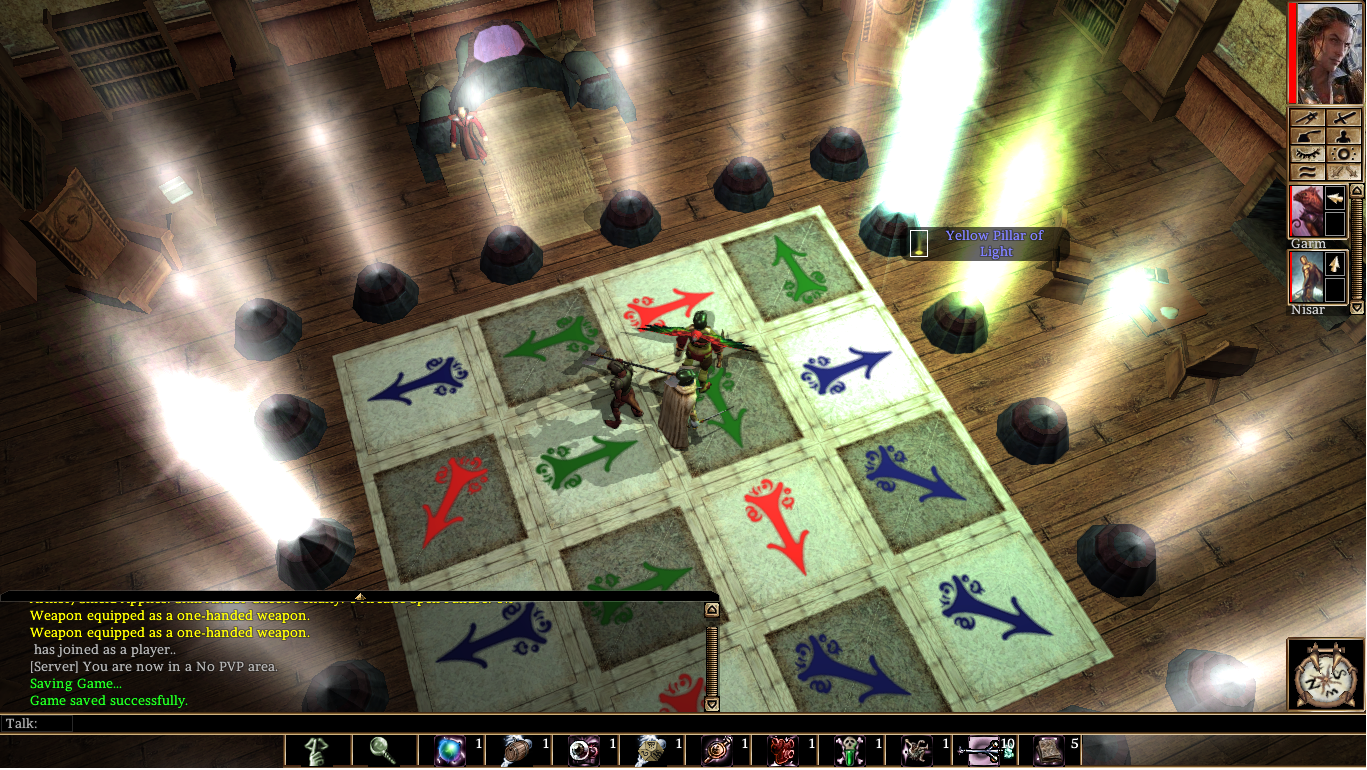 At first, I thought I was doing something wrong (it's a puzzle after all), but the inconsistency threw me off. I found a video with a similar issue here.
So, given this:
1) Has anyone finished the puzzle on the EE version of PotSC?
2) If not is it a bug and could we expect it to be fixed in a future patch?

This is not a showstopper as I suppose I can still finish the module without doing the puzzle, but I'll miss on some content I'm sure.
0