fewerlaws Member Posts: 21
October 2021 in Baldur's Gate: Enhanced Edition
Hi, I haven't been able to launch BaldursGate on my 64-bit multilib Gentoo linux system ever since v2.6 was released because it depends on an older version of OpenSSL. When will Beamdog release a new version that is compatible with the current version of OpenSSL v1.1 which has been out for quite some time now? Attempting to trick BaldursGate into thinking that the v1.0 libraries are available, by symlinking libssl.so.1.1 to libssl.so.1.0.0, and libcrypto.so.1.1 to libcrypto.so.1.0.0 doesn't work. See screenshot attached. Are there any other ways to get it to work? Installing the older version of OpenSSL on my system won't work with Gentoo, as I haven't figured out how to have both v1.0 and v1.1 installed without breaking stuff. 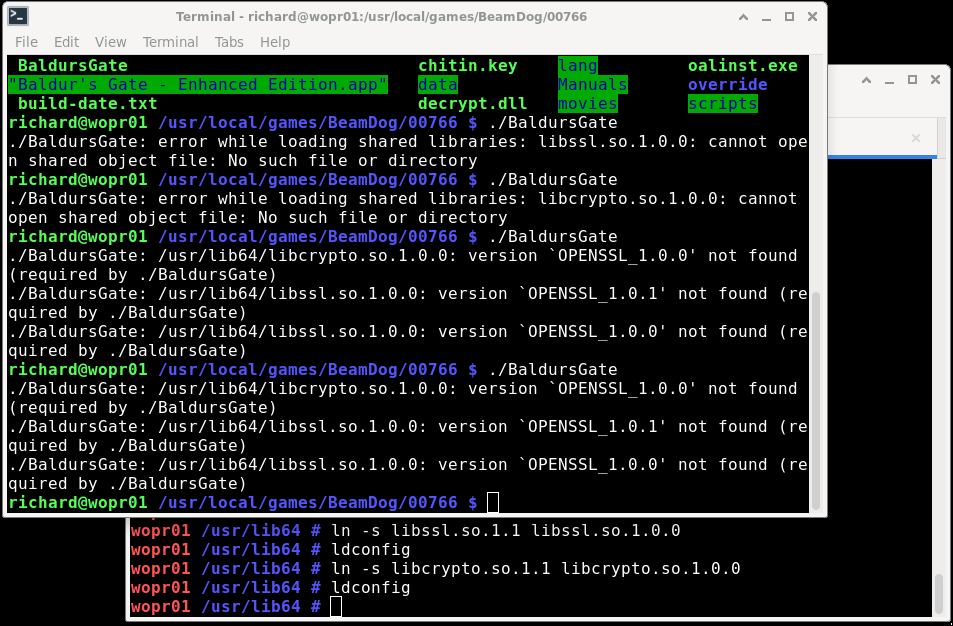