The Simpsons made it to Easthaven

Looney_Cartoony Member Posts: 31
April 5 edited April 18 in Icewind Dale: Enhanced Edition
From the Pressboard Estates of Springfield, the Simpsons traveled east through Ogdenville, then further northeast through North Haverbrook, and into the frigid north of Canada -ahem- Icewind Dale.

Following the caravan trail to Bryn Shander, the Simpson family thought they finally made it to their destination of Easthaven. However, a very loud doh, aka 'the doh heard across the Ten Towns,' signified that wasn't the case.

They still needed to travel a bit farther east on none other than... The Eastway. The end of that treacherous road will mark the much sought after town of... Easthaven, home of the three-eyed knucklehead trout of course. wink wink wink.

Start of the Adventure 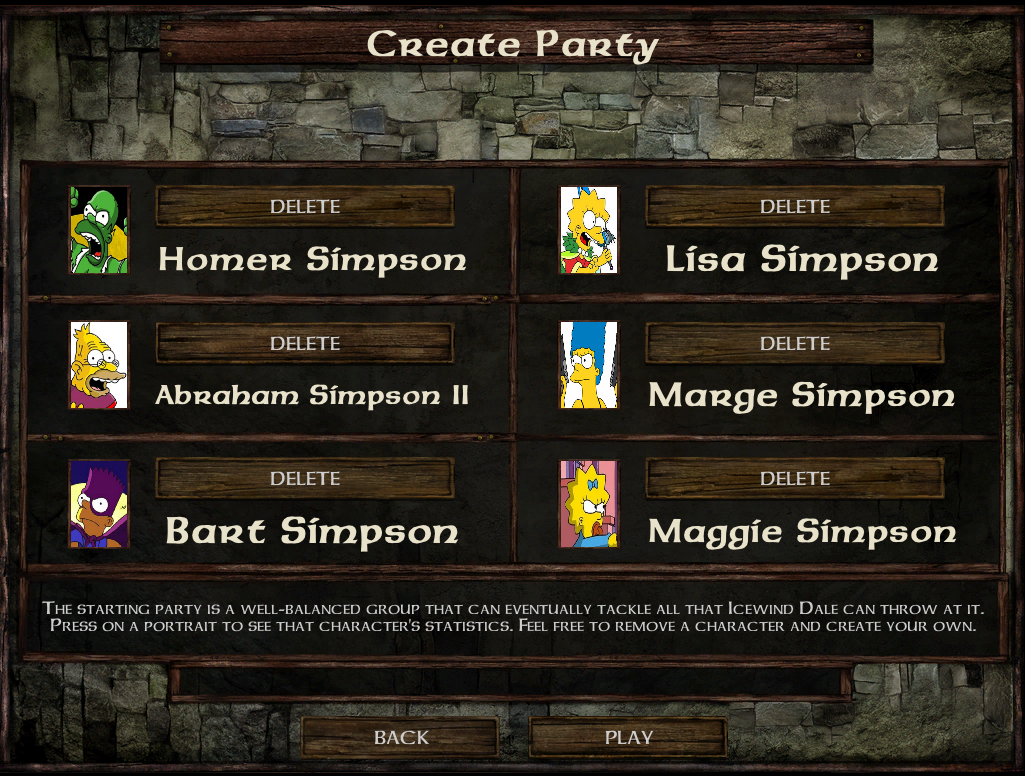 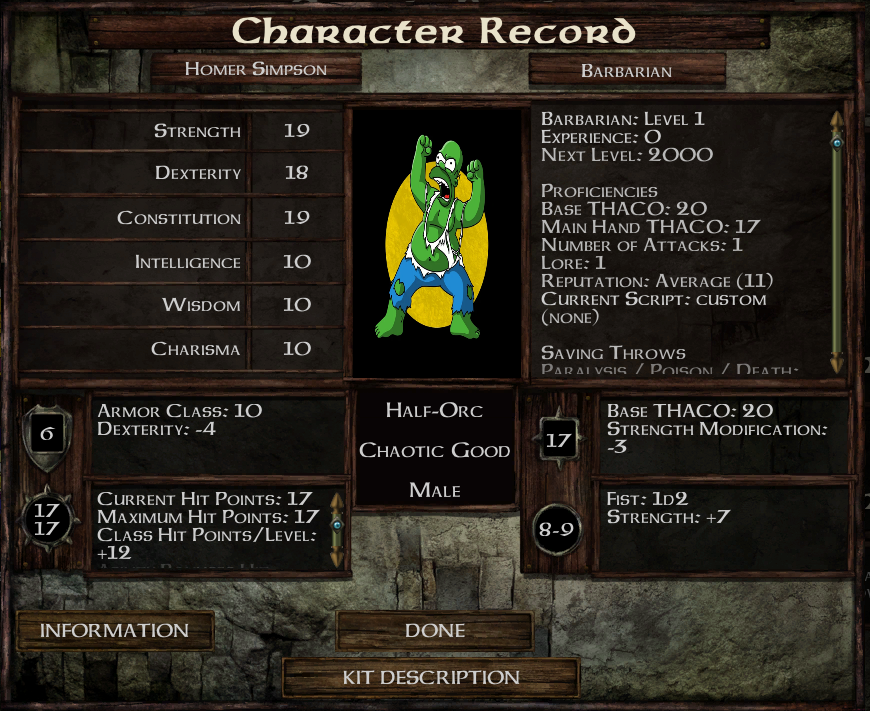 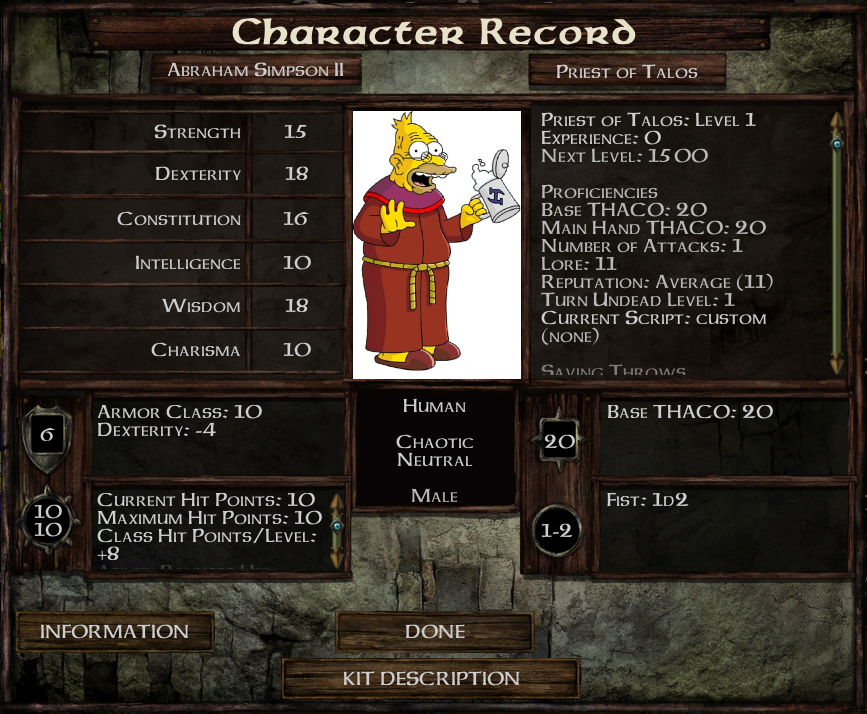 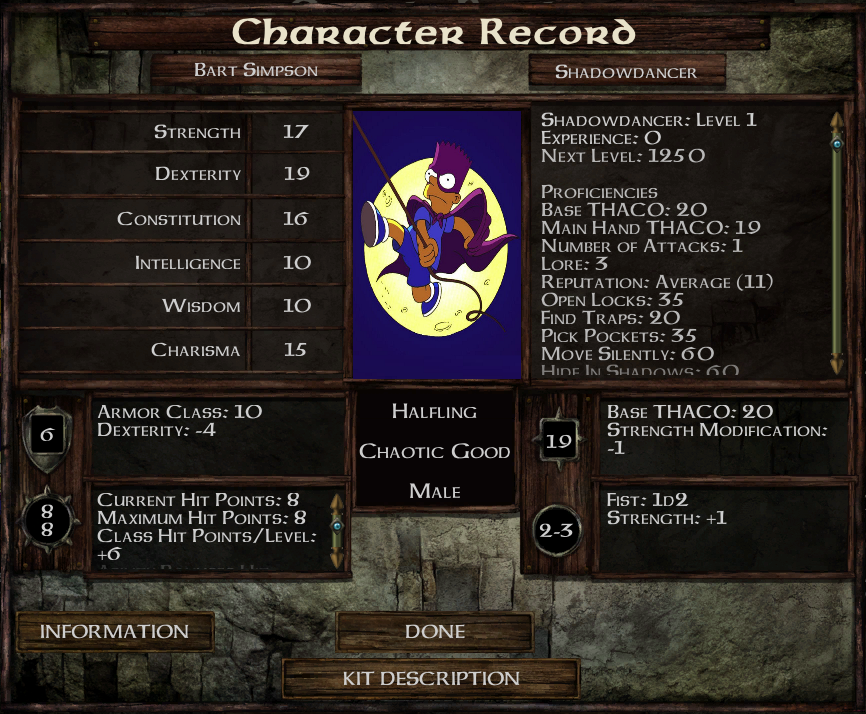 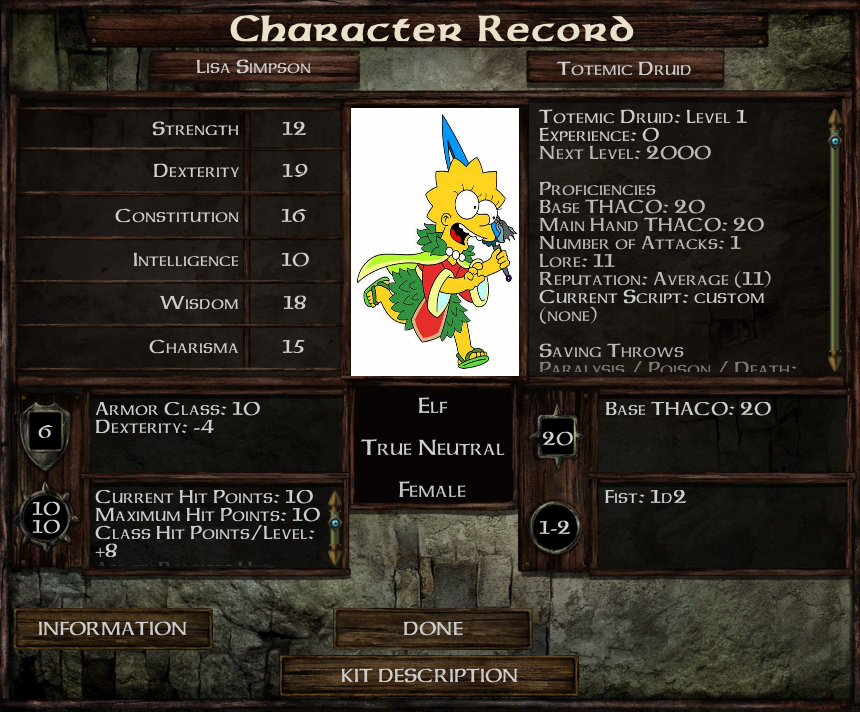 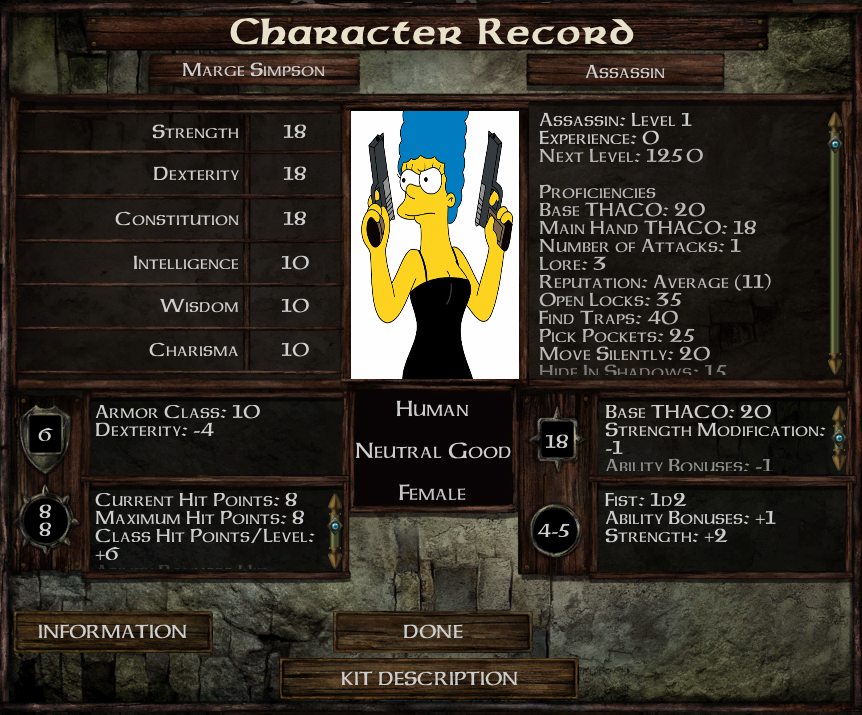 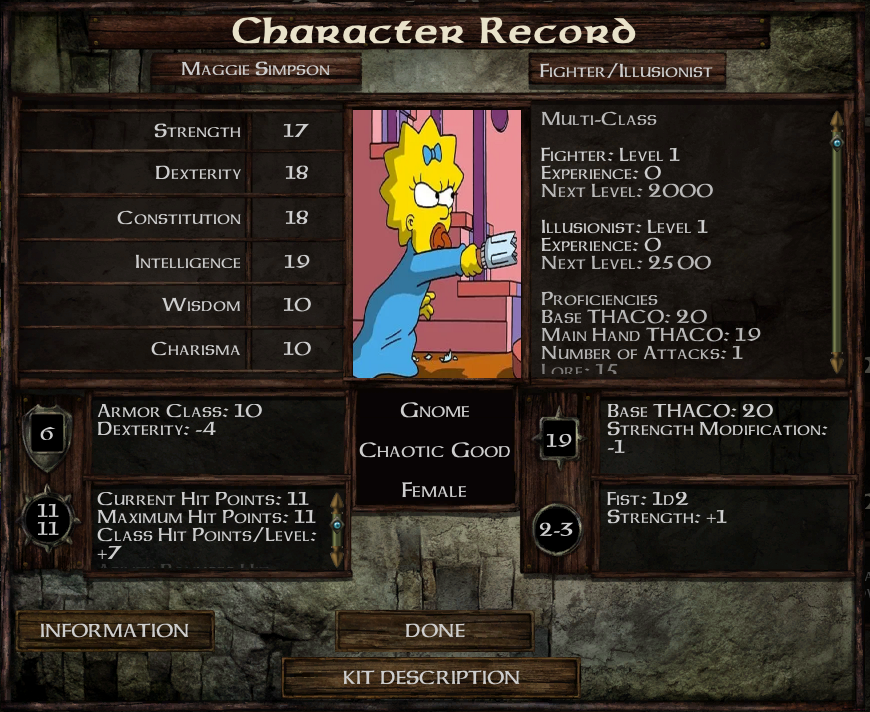 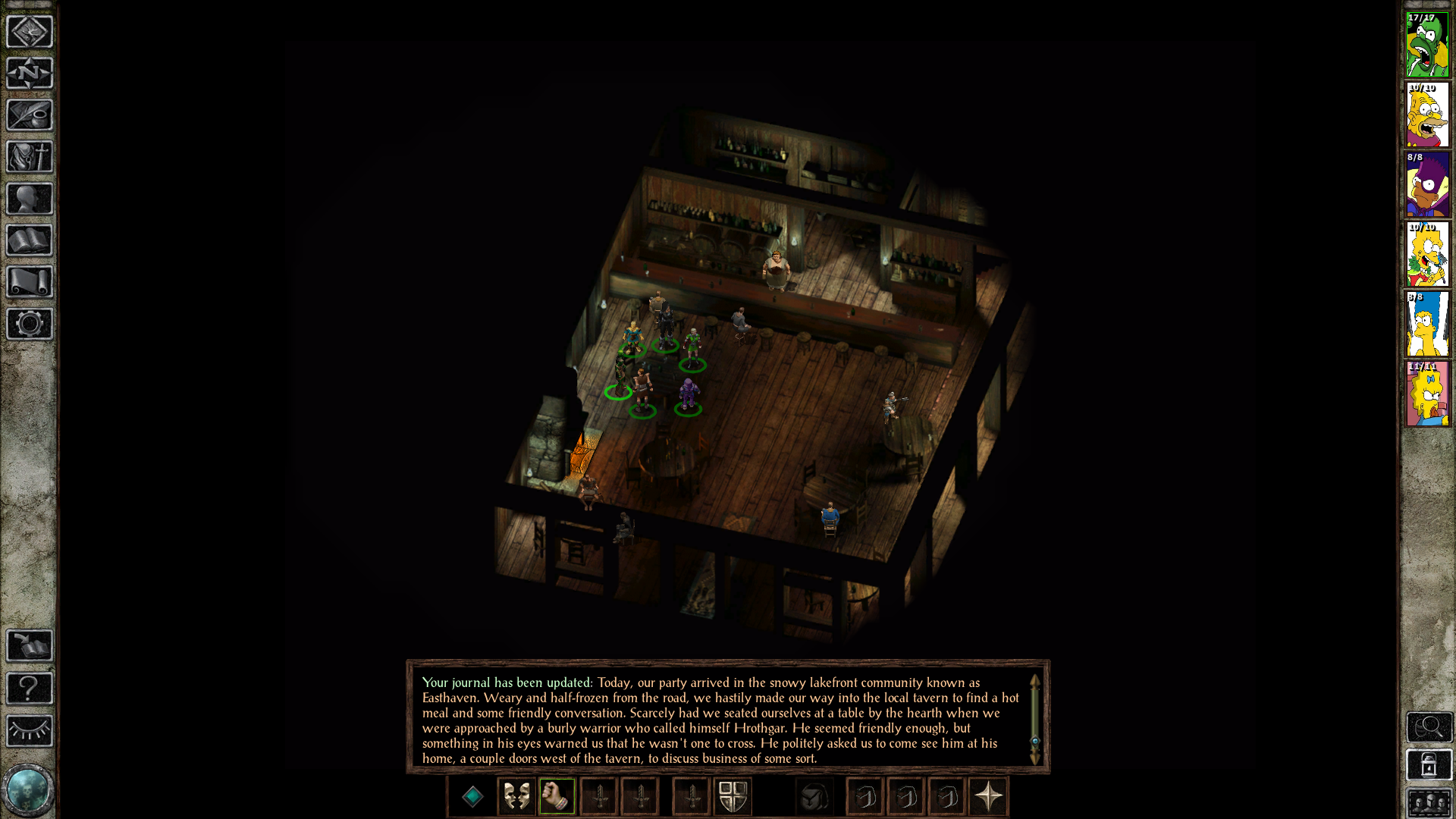 Now the Simpsons can relax in Easthaven. Seriously, what could go wrong?

Homer was automatically shunned by the people for his barbarian ways, Pomab treated him the worst.

Grampa, aka Abe, Simpson started yelling at a cloud and accidentally cast a lightning bolt that caused a minor amount of damage, Pomab's suffered most from it. What is it with Pomab and lightning bolts anyway?

Bart Simpson automatically did the Bartman and everyone thought he was a failed Bard. They even called him Bard Simpson or Bardman. He did the unhappy dance and slipped into the shadows.

Lisa Simpson immediately went to the aid of the squirrel that the kids were teasing. After a stern look, all the kids scattered and Lisa had fun playing tag with her new fuzzy friend.

Marge Simpson had to trade in her twin pistols, they froze and no one could fix them, for a more functioning range weapon, the clunky crossbow. She was definitely feeling a little less badass. She also lost the way of the Assassin and became a Bounty Hunter. She was taught the Way of the Bounty by some guy named Dog. Seriously? Dog?

Maggie Simpson met with Old Jed and he gave her a magic bottle that will never break. Where he got it from nobody knows. No one objected to her getting this new trinket, especially since Homer drank all of its contents, which seemed to calm him down a little.

End of the Adventure 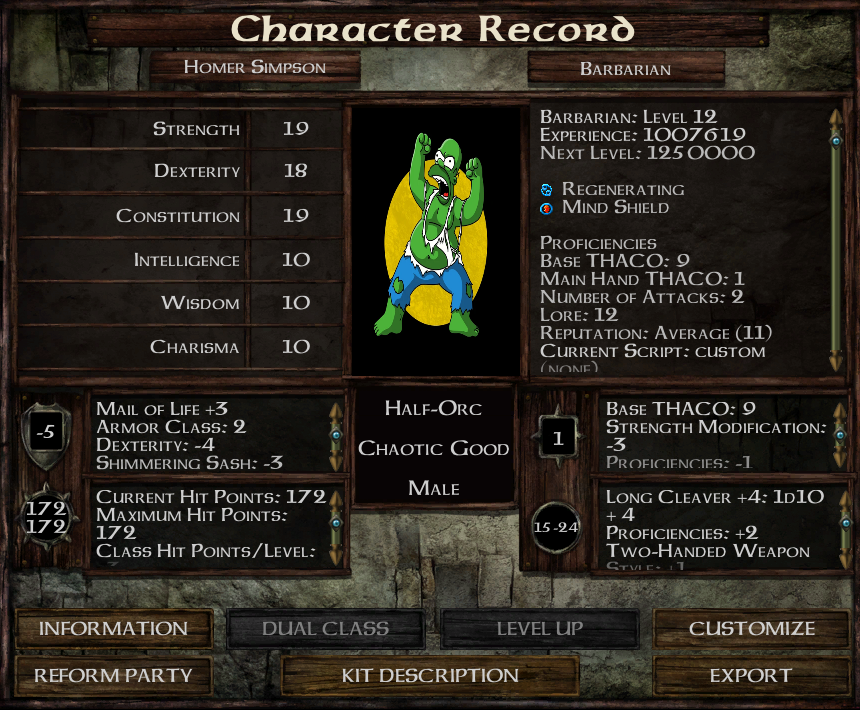 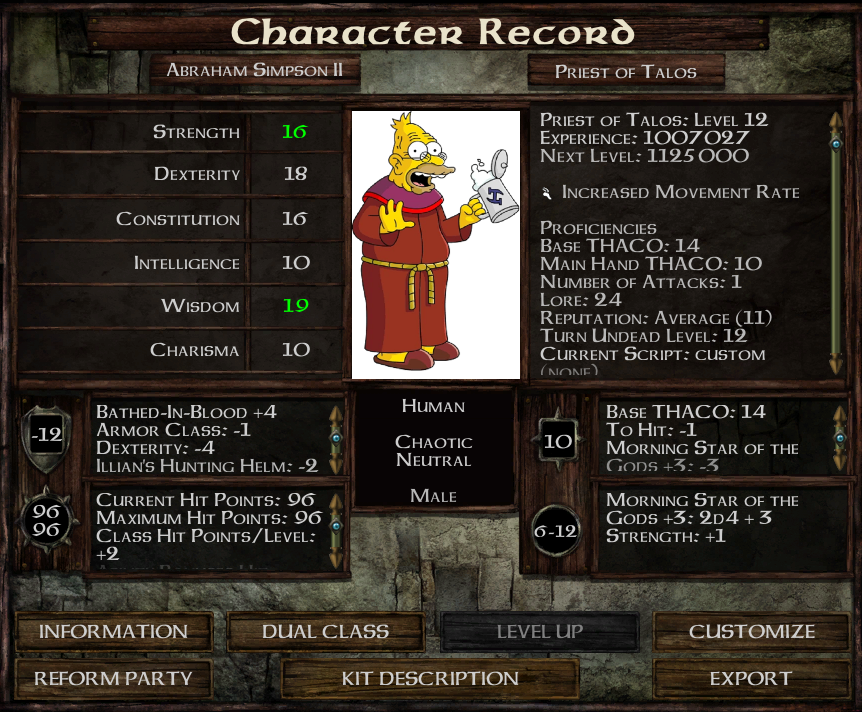 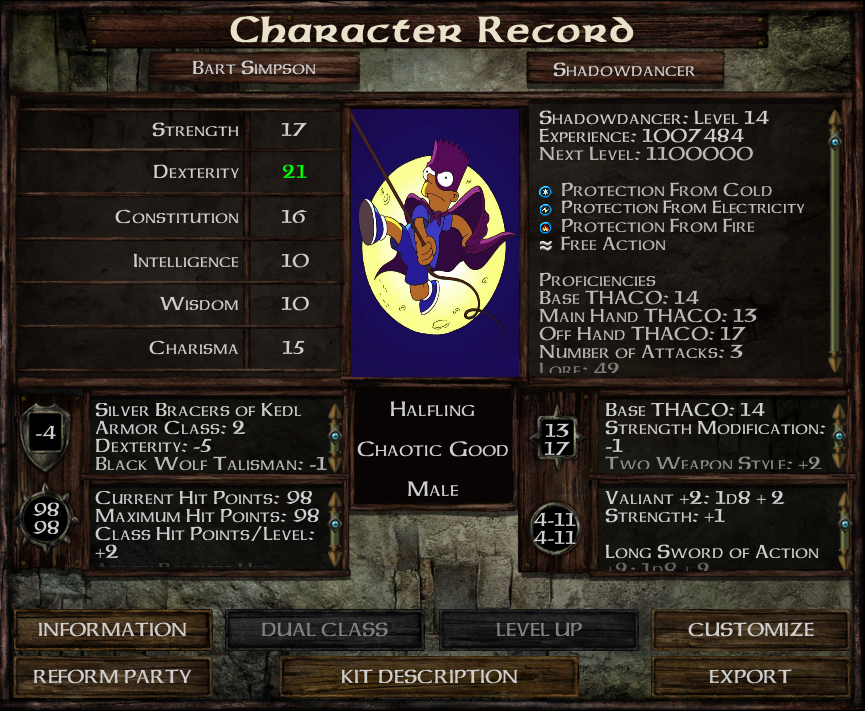 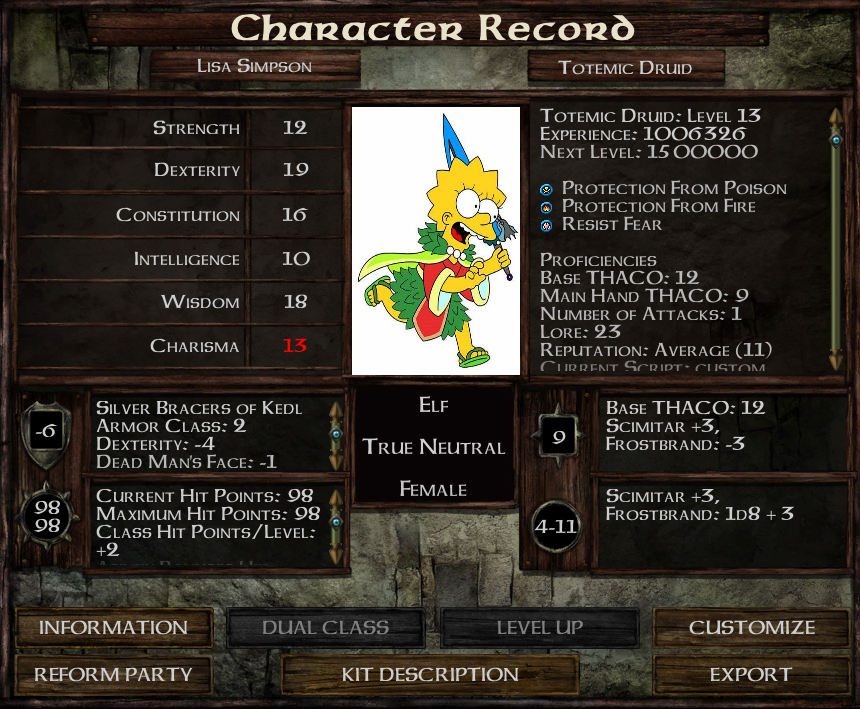 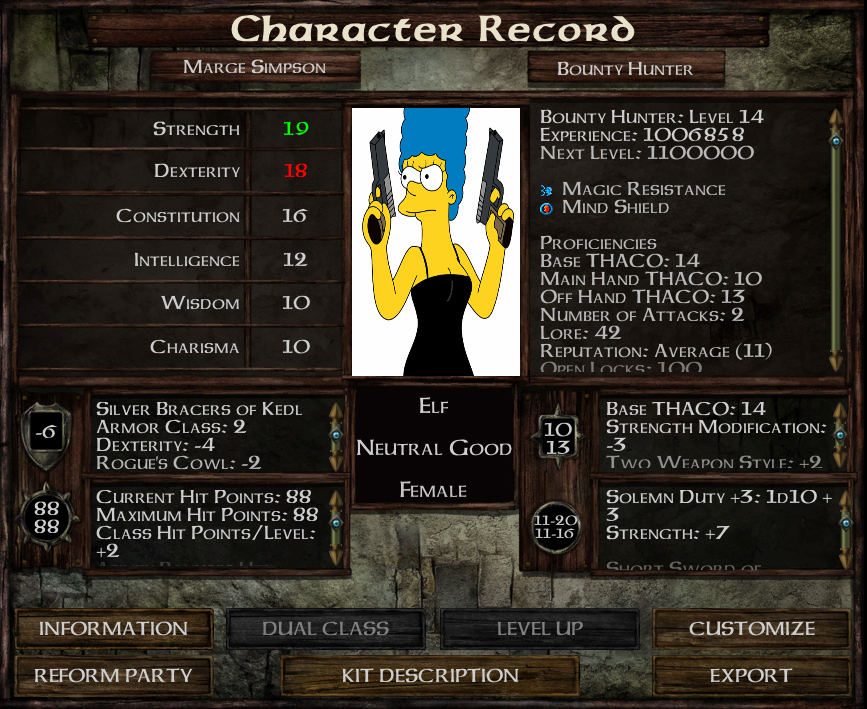 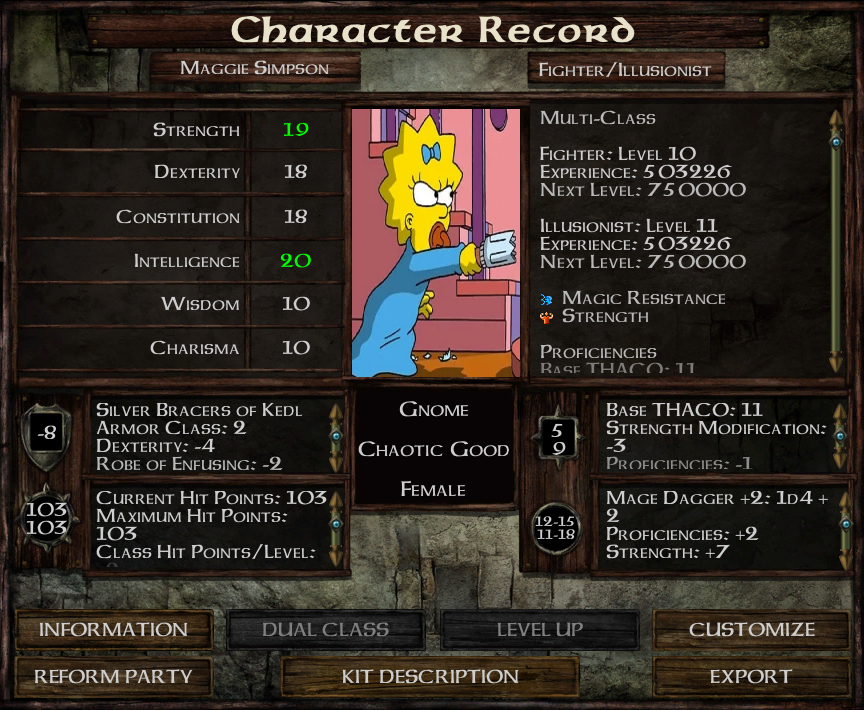 Most of the Simpsons died at the end, only Homer survived. But they were resurrected (perfect time too, Easter weekend) and they were able to go back to Springfield.