kamuizin Member Posts: 3,703
April 17 edited April 17 in UI Discussion and Workshop
Yesterday i played normally the game, then i updated my graphic card (Nvidia GeForce GTX 1050 TI 4gb i think) to the last version (512.15 released at 22.03.2022) and now the game is being launched this way: 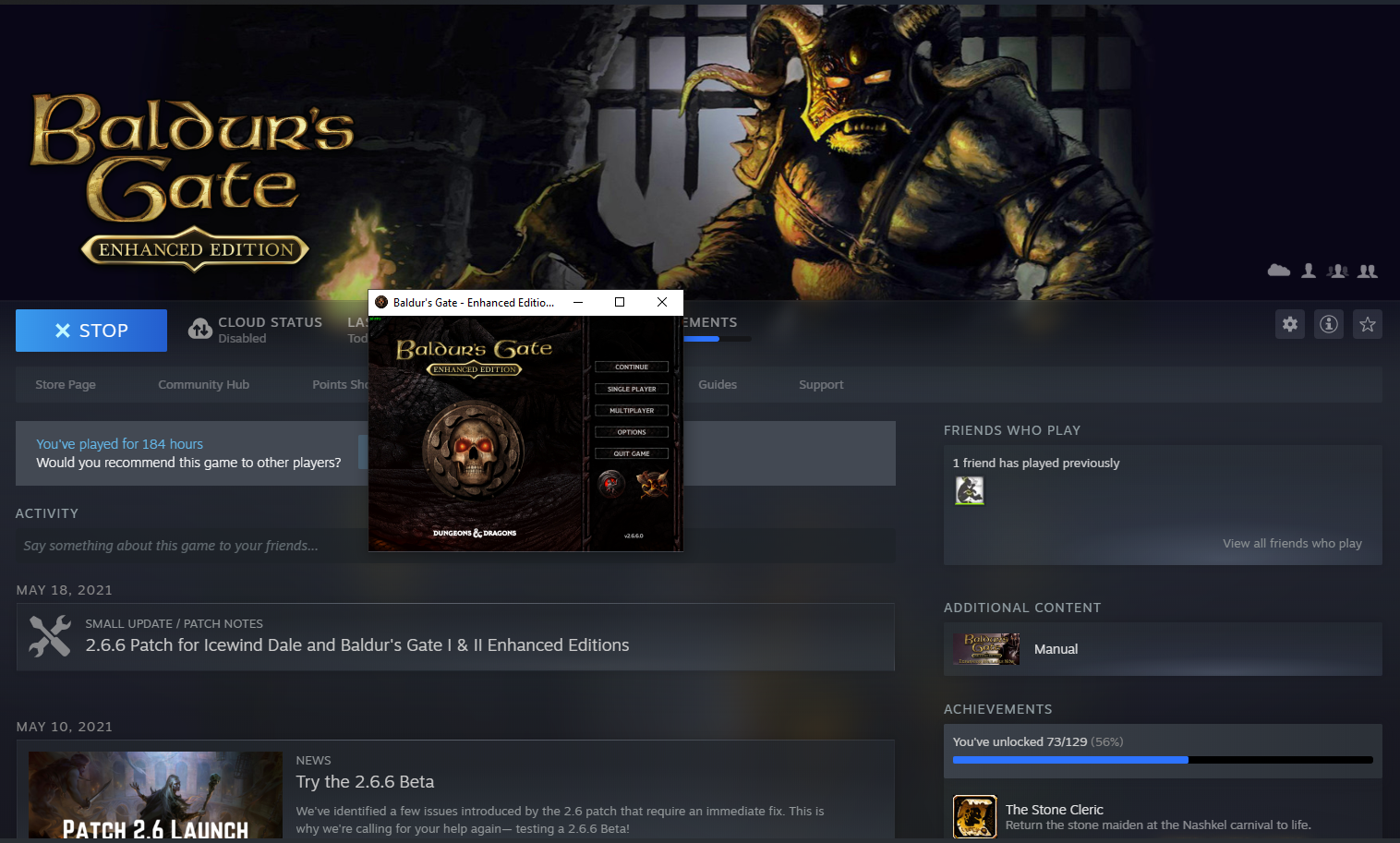 I tried to change some strings in my baldur.ini but to no avail, related to this issue the ini has these more relevant points:

I will appreciate any workaround given for the full screen issue. At the moment at windowed mode i can maximise the screen to play, but i prefer to play in full screen.

Edit: I took off the HDMI cable connecting my PC to my TV (that i use sometimes as a second monitor) and after i restarted the pc things got back to normal. At the time i did that the TV wasn't even selected to be second monitor and was being used normally to access it's own apps.