ga_j Member Posts: 21
January 2019 in Challenges and Playthroughs
So, I think I'd like to try my hand at a play through. I started one forever ago and never got very far but I've recently installed the Enhanced Edition Trilogy along with several mods by the one and only Roxanne and I'm pretty hyped.

I'm not sure the preferred way of doing this but I was leaning toward telling the story in parts, summarizing the most of what happens and only really getting into detail on the plot heavy bits, including some screenshots. I guess my style will develop as I get further into it.

Without further delay, here is Teareon. 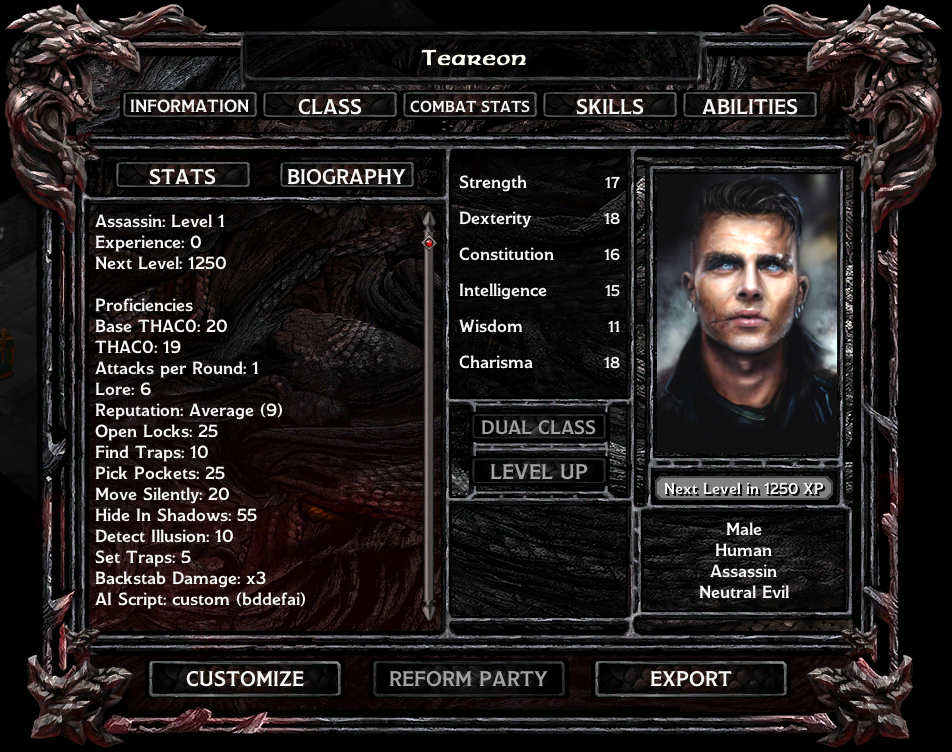 Teareon's story starts out much the same as any other protagonist with being raised by his foster father Gorion within the protective walls of Candlekeep. Teareon outgrew the confines of the citadel early into his adolescence and slowly began to resent Gorion for, as he sees it, keeping him captive. Teareon often got into mischief and was frequently disciplined by his foster father, only adding to his hatred of the old sage.

Fast forward to the day Gorion imparts hurried instructions to Teareon that he must prepare for travel - Teareon is taken totally by surprise but is delighted all the same. As far as he's concerned, this is the perfect opportunity to slip away from his overbearing foster father and finally see the world for himself, instead of relying on stories in books and the teachings of the monks...

Notes - I will likely be using EEKeeper to make some changes as I go and I'm not really holding myself to any real rules around reloading. My main aim is to experience all the new content while making for an entertaining story for those who end up following along.

That said, let the games begin.