BelgarathMTH Member Posts: 5,542
April 2019 in Off-Topic
So, I had this wacky idea and decided to run with it, just for fun. I've always had a "need" to connect MM6-8 as a "trilogy run", and I just tonight thought of a way I might do it for a future "minimal reload" Might and Magic run.

The trouble starts with how MM8 works differently from MM 6 and 7. I've occasionally had some success with MM6-7 theme parties, including a Baldur's Gate run @JuliusBorisov and I once each did, but I usually succumb to "restartitis" when trying to connect these runs to MM8.

So, I just had the idea of, "What if I work *backwards* from what the party I know is in MM8?"

So, with that idea, I thought I'd try to be me, Michael Todd, as a paladin in 6 and 7, and as a knight in 8, (since there is no paladin in 8). I'd need a cleric, a thief, and a sorcerer to go with me. And, thinking about that, I realized that I can get that party quite well in 8. (The "thief" becomes a "dark elf", and the "sorcerer" becomes a "necromancer".)

So, I came up with Michael Todd, Frederick Talimere, Rohanni, and Devlin Arcanus, for all three trilogy games. 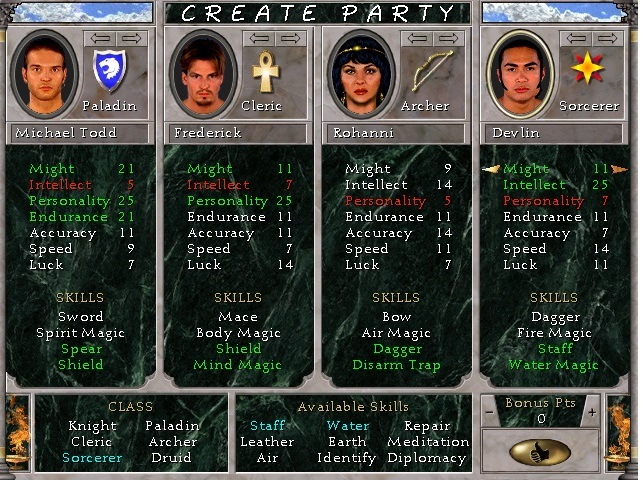 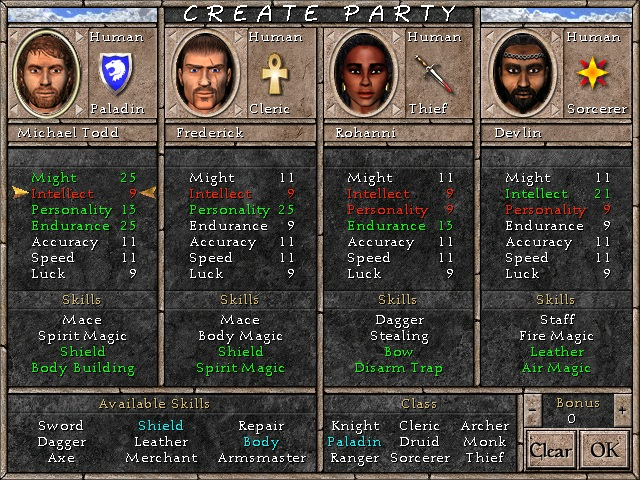 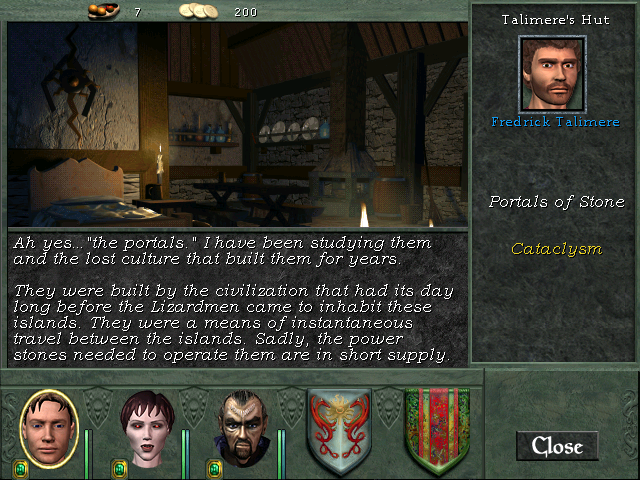 The MM8 image is made in Frederick's house, without him in my party, because you have to complete a quest before you can recruit him, and Elsbeth the vampire is in my party, because you can't get Rohanni, my eventual dark elf thief, until late in the early part of the game, when you can finally get to the dark elf home village. I have used the MM8che character editor to get the portrait for my knight to look like me, since you can't change class portraits in MM8 without the editor.

@JuliusBorisov , I had to painstakingly make these images by using print screen, and then exiting the games to do a paste into paint.net, one at a time. Could you please remind me what is that screen capture utility you recommend that makes screen shot management from various games easy? I've changed computers since the last time we mutually did MM no-reloads together.