Analogies to Star Wars, random thoughts on this franchise

Black_Elk Member Posts: 30
July 2019 edited July 2019 in Baldur's Gate: Enhanced Edition
Just tossing this out there, so if Baldur's Gate is like the Star Wars to D&D cRPGs for many people... (SoA is like Empire... ToB is like Jedi...) and we are basically on 'Special Edition' Faerun ground right now, just a couple thoughts:

One thing SW that there is almost unanimous agreement on, is that older fans just want a blu ray with an unadulterated 77 version restored that they can watch in a modern format, with pretty much nothing else added on. Probably Lucas or Disney could have done whatever they wanted special ed prequal or sequel wise, provided they just had a DvD with the Originals included, and all else would be forgiven as whatever. I think they catch the lions share of their flak for everything else since, mainly because the former just doesn't exist anywhere that can still be accessed in a modern format. Its an archival nostalgia thing I think, where many people who experienced something kind of sacred to them, just want that exact thing to last in a way that allows them to revisit it, exactly the way they remember. Anyhow, main point here is that I think BG probably has something kind of similar going on, or will as more time goes by if it isn't already here. When the disk drives go by the wayside, and streaming or console ports become the only way at it (was already almost there when Enhanced launched, since you really had to get under the hood installing the original disks to get them working, and even then it was fraught on a modern rig), anyway, you know there will be a chorus of people talking about how this or that 'was changed', or how they got robbed out of such and such from childhood.

One fairly direct way to shore that up and do a solid for those fans who have the most attachments and tend to be kind of vocal about it, is to put a version on the shelf that's as true to the og source as it's possible to create, alongside the newer reduxed stuff.

I know some mods out there will aim for that with certain aspects restored here and there, whether its UI related, or proficiencies, walking speed or whatever. But it would be kind of cool if there was a launch screen to 'bonus features' that included something like an "original theatrical release" button. Even if its tucked away behind the scenes in some secondary menu. The extra second disc in this analogy.

Wondering if any thought has been given to something like that?

I mean if this is the legacy edition that's meant to last, it would be kind of cool if it was possible for people to experience what the original was like. Even if they end up preferring enhancements, and only check it out from like a historical curiosity perspective. I don't think I ever really went back to BG1 after Tutu made it possible to play with the updated engine, but having the OG there on the hard drive still felt right, even if you invariably ended up launching it through the sequel to play with the updates there. I know PST feels like it was handled with a real kind of archivists approach, but much as I love that game, BG was still the first out the gate for me (watching that old trailor for Torment for the first time there too haha.) Something tells me Beamdog would get hella plaudits if they did that for BG, not as the main thing being promoted, but just as something special included for peeps with long memories.

A lot of people are really happy to see things cleaned up when its restoration related, but cringe at added content and gripe endlessly about it. Applies to every kind of art, not just film, or in this case computer games, but especially when its like landmark the way I always felt BG was for me. There is a certain kind of emotive force that comes from letting that stuff stand, even if dated, just to maintain provenance and context with the times. When the source is still floating around a redux is appreciated in a different way than when the redux replaces it altogether, as evidenced really powerfully by what happened to Star Wars. So yeah, that was my thought for the late night just now.

I know the original is probably a tangled mess of code, and the art assets don't hold up to memory and all the rest, but even that can still be interesting and useful in it's own way to keep kicking around. I mean if its owned, and a way exists to just put it up in a functional way, that would be a cool capstone to this project. When all bells and whistles stop ringing and beamdog decides it wants to retire Infinity, that would be a cool way to do it.

I don't know if its reasonable to open the source, or if the rights even allow stuff like that, (obviously that would slay and no modder or old timer could ever complain again if that happened) but as an Olympic silver, I think an 'original theatrical release' type thing would garner a lot of respect, coffee beans be damned.

Appreciate that work that's been done to keep this game going and to carry it forward so more people can enjoy it. Thanks again.

ps. I think I paid like a c note for those Gold Disk star wars DvDs with the laserdisk ports, and probably did about the same the last time I bought the OG big box Baldurs Gate off ebay to replace the one's I had scratched all to hell over the years, which was of course way too much in both instances, but you know people still dig that sort of thing. And clearly it doesn't prevent people from still buying the newer ones, as I can also attest from the more recent hits on the wallet hehe. Still love these games, and have been having a lot of fun with SoD.


pps. feel free to use this thread for whatever other random ass star wars BG comparisons might strike you. That's just the one that I hit on right now while all sleep deprives haha 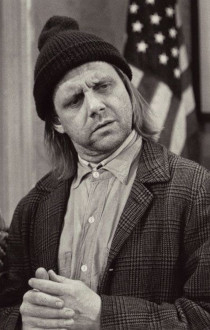