ZaramMaldovar Member Posts: 2,272
August 2019 edited August 2019 in Challenges and Playthroughs
As those who follow my No-Reload thread may know, my most successful run Khira was recently obliterated by Ziatar. As I have grown quite attached, I will be continuing my run with an idea that I acquired from @franco and his challenge ideas thread
https://forums.beamdog.com/discussion/19058/a-suggested-rule-for-limited-pc-reloads-in-challenge-games

The rules for this continued run shall be as follows

1. Standard Rule: Reload only when the main character dies. All other consequences must be dealt with.
2. Glitch Clause: Under the circumstances of an unfixable glitch (i.e. items disappearing for no reason, game crashing, plot relevant character missing, etc.) I am allowed to reload if I am unable to fix the glitch on my own
3. Critical Role: Upon the death of the main character, I must avoid a Critical Failure in order to granted the Boon of Power Word: Reload.

Now that this is out of the way, let us begin... 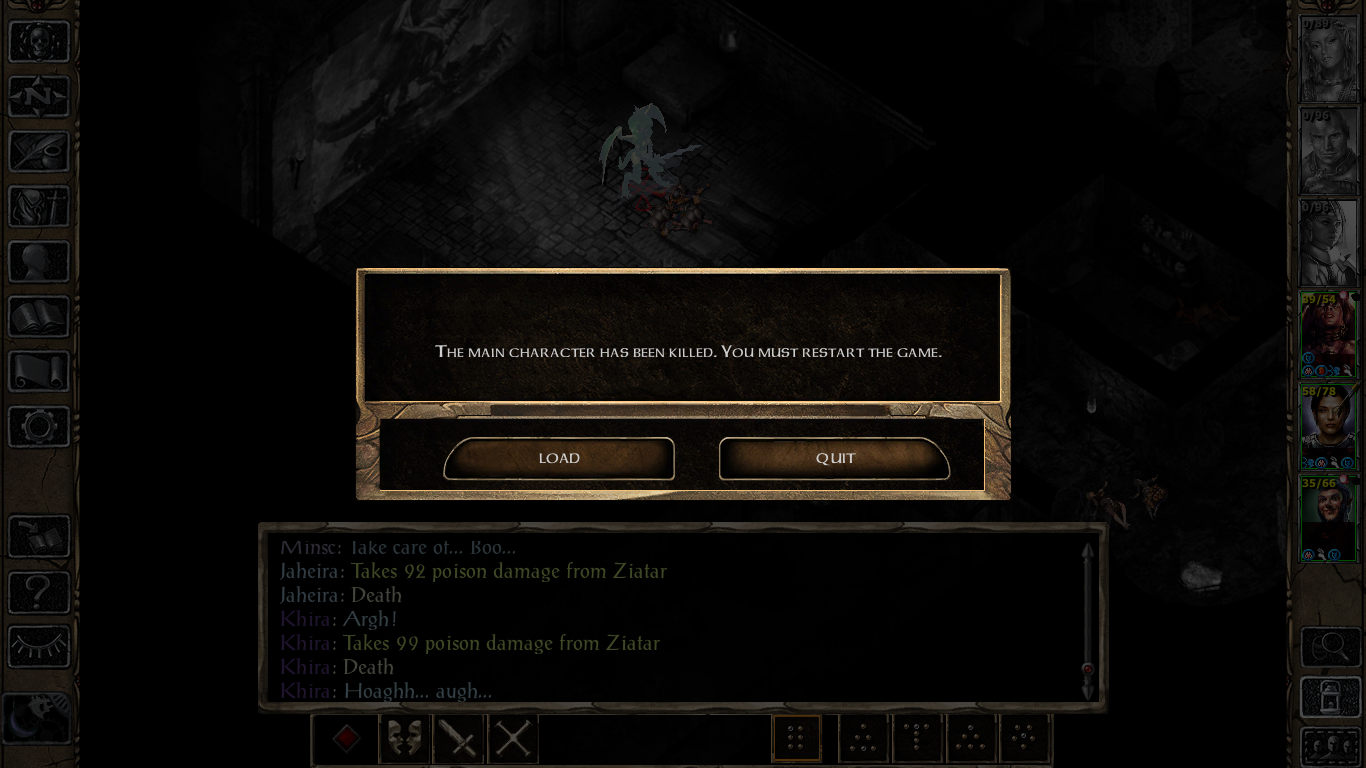 When last we left our hero, she was searching the depths of The Temple of Cyric for a wardstone so that she may enter Bridgefort.

Will she survive or will her 2nd chance be in vain?