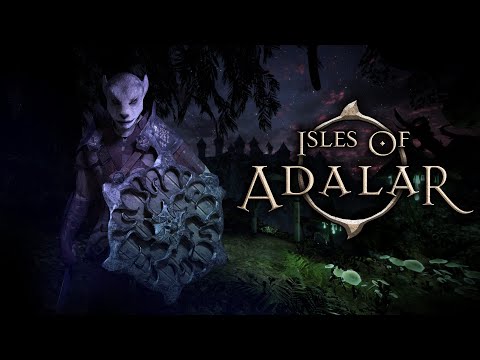 Anyone else here is incredibly hyped about this upcoming indie game called Isles Of Adalar? While the game won't be released until June 2020, the devs kindly uploaded a meaty 3.8GB public demo on steam. Yes, that one works with Steam Play! And daaamn do I dig its aesthetics: it's as if Morrowind and Kingdoms of Amalur had a love child! XD

Currently people can play as humans, some apefolk, dog-like beastmen and... a tentacle headed race that look awfully similar to Star Wars' Twi`lek? The demo alone also boasts of 7 playable classes to choose from: Arcanist, Cryomancer, Electromancer, Pyromancer, Knight, Ranger and the Warrior. However the most intruiging feature of this 1st/3rd person action fantasy RPG is the Level Editior. That's right: this indie game has full modding support from the get-go! To my reckoning this gotta be pretty much the first demo I played that also comes with a fully functioning toolset.

That's one game totally on my wishlist!