Azzara Member Posts: 184
April 2016 edited April 2016 in Challenges and Playthroughs
Rules:
Abdel the Librarian—the infamous whoremongering sellsword—has disappeared from Candlekeep.
1. Play as Imoen and try to uncover this mystery.
2. Use the highest difficulty setting "Legacy of Bhaal" in which Reevor's rats are bigger than Bessy.
3. If you die in the game your quest is over.


Dear Diary,
I met this new guy—Carbos. He has a blade with Abdel's name on it. Freaky! I promised to go fetch Abdel right away. Where is he anyways? Did he leave the castle without telling me. 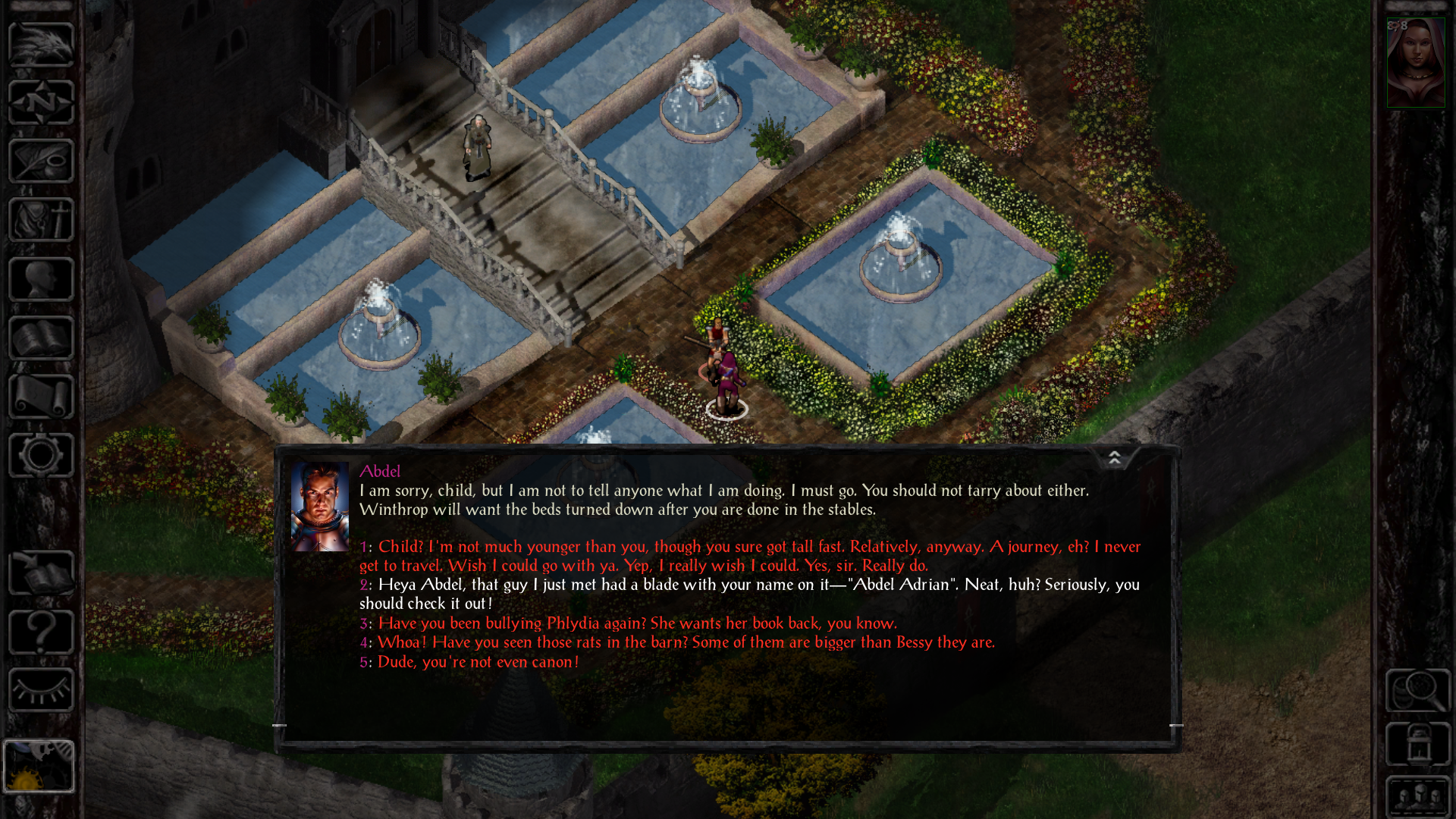 Dear Diary,
Tonight is the big night. I'm getting out of the Candlecake too. I should acquire some "provisions" from the ol' Winthrop's inn first. Maybe I can catch up with Gorion and Abdel along the way if they would have me. Why would he leave without me? He can't still be mad about the barn incident, right? 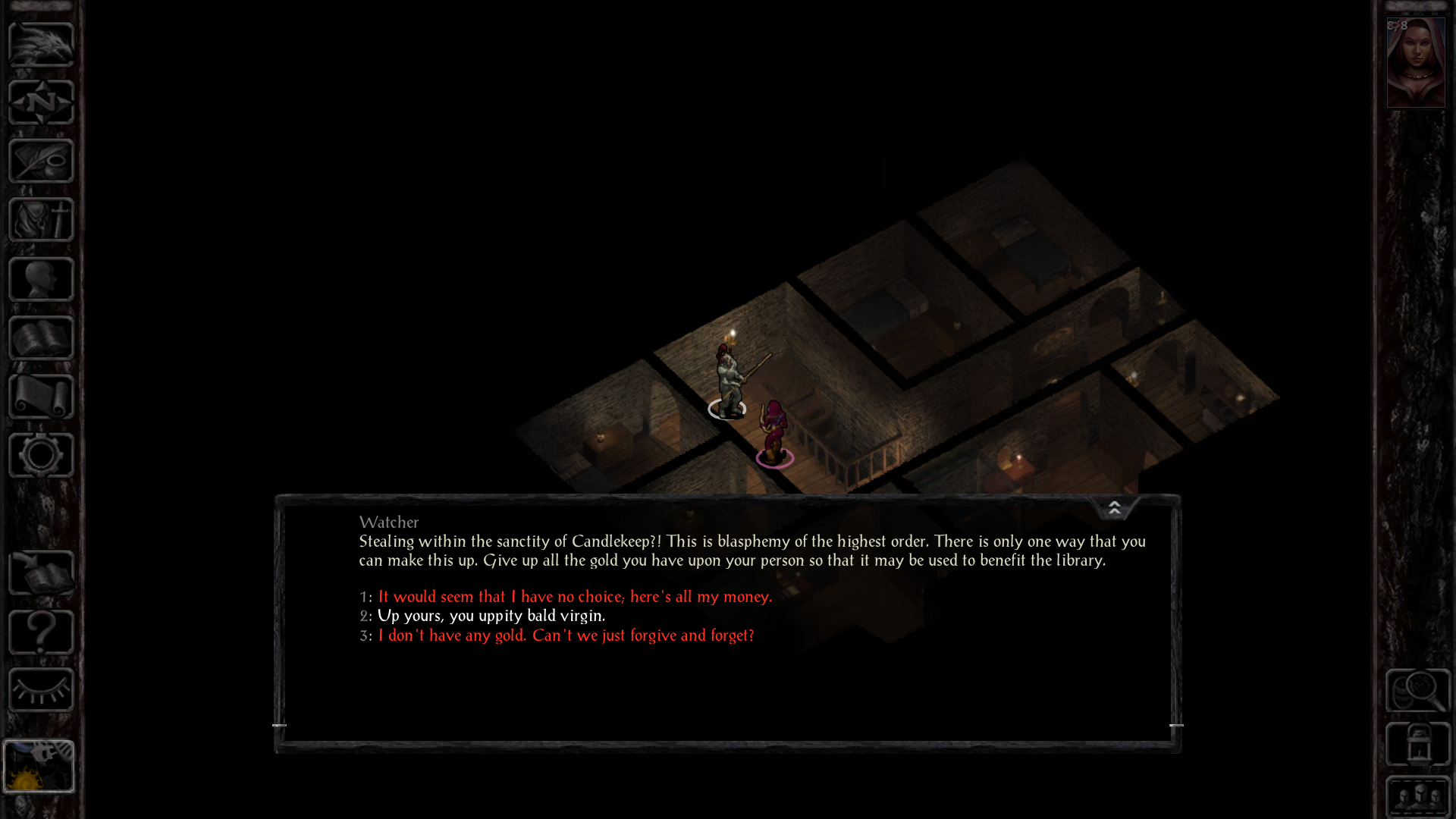