My character, a level 1 mage with a measly 4 HP (of which 3 remaining) was about to receive a lightning bolt to the face: 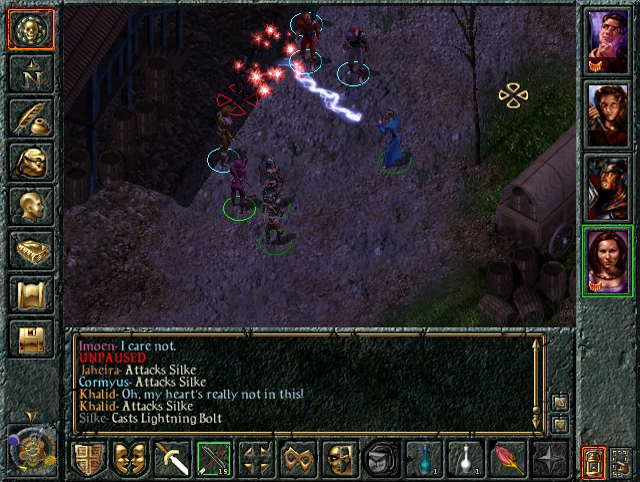 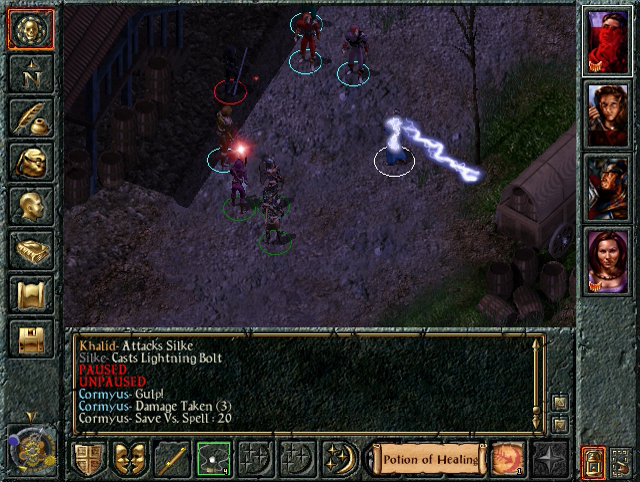 Then he walked away as the lightning bolt was hurling back and forth near the dead body of Silke (no bystanders were injured): 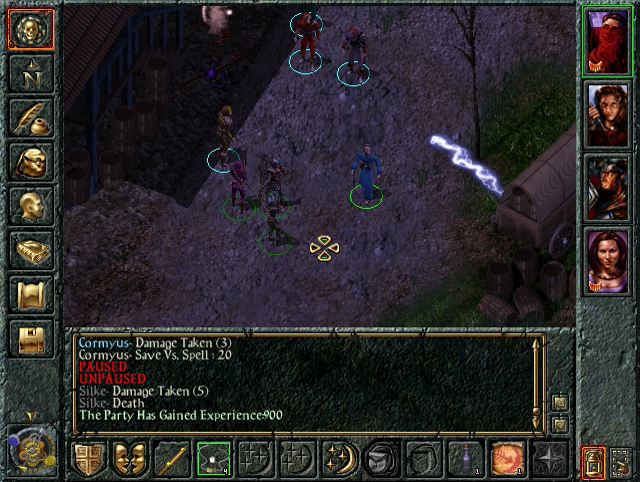