100 point Stalker designed to continuously tempt me to...

thespace Member Posts: 1,039
April 2017 edited April 2017 in Baldur's Gate: Enhanced Edition
Dual to Cleric! This is he before any of the tomes, save CHA, oh, and CON. Can I make it through the entire BG saga without pushing the button? It seems like a sin not to play such a great roll. 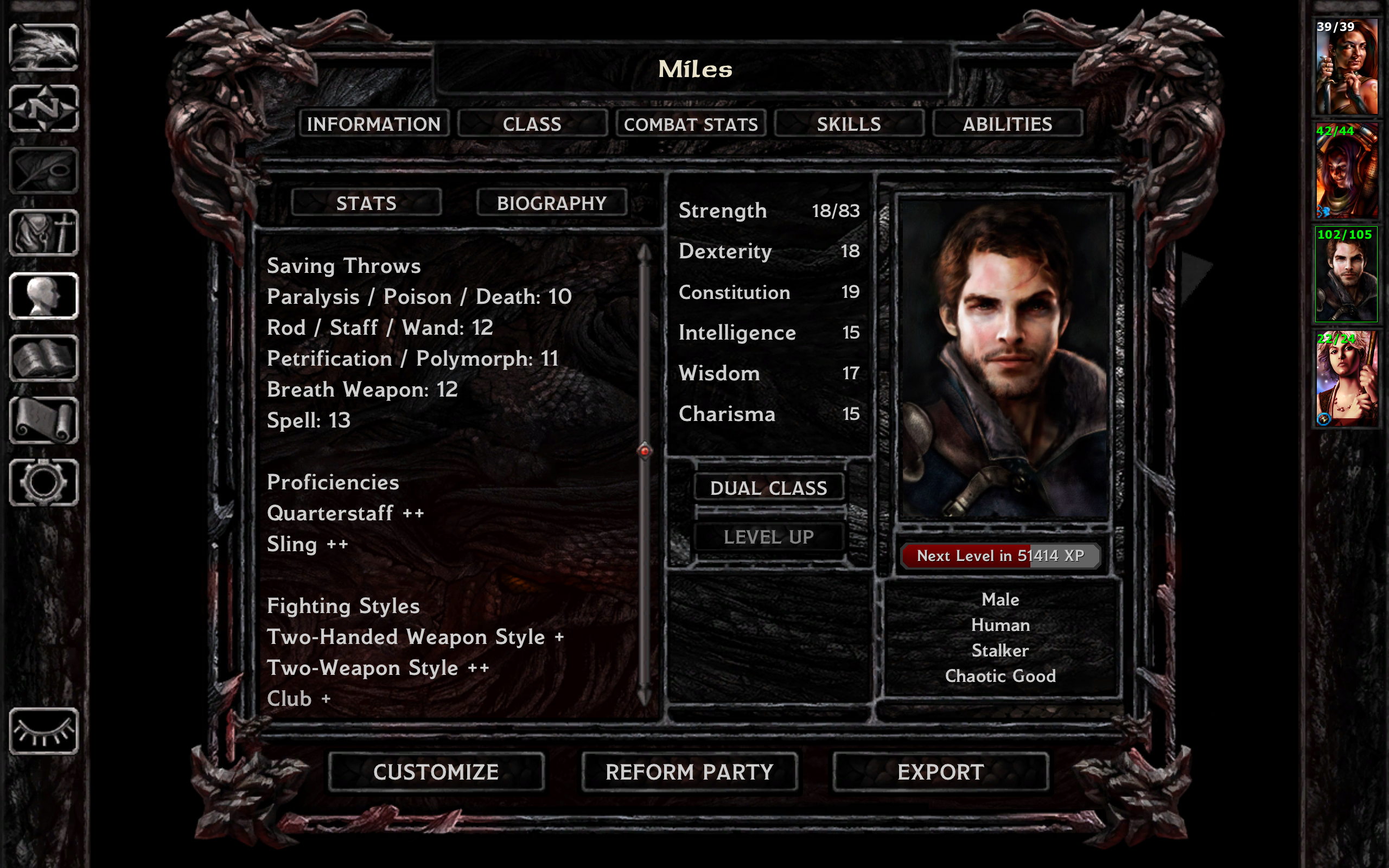