argent77 Member Posts: 3,012
December 2013 edited December 2013 in BGII:EE Bugs (v1.2.2030)
The vampire Dace in the Spellhold maze isn't destroyed by the flame strike in the cutscene after his defeat. Instead there are two Dace Apparitions standing around afterwards. Both Dace clones vanish however after putting him to eternal rest with the wooden stake.

I'm playing on Core rules, no mods installed. Here is a screenshot that shows both Daces and the damage reports of the flame strike in the console. Unless he is scripted to die, the damage is too small to destroy the 36 HP Dace Apparition. 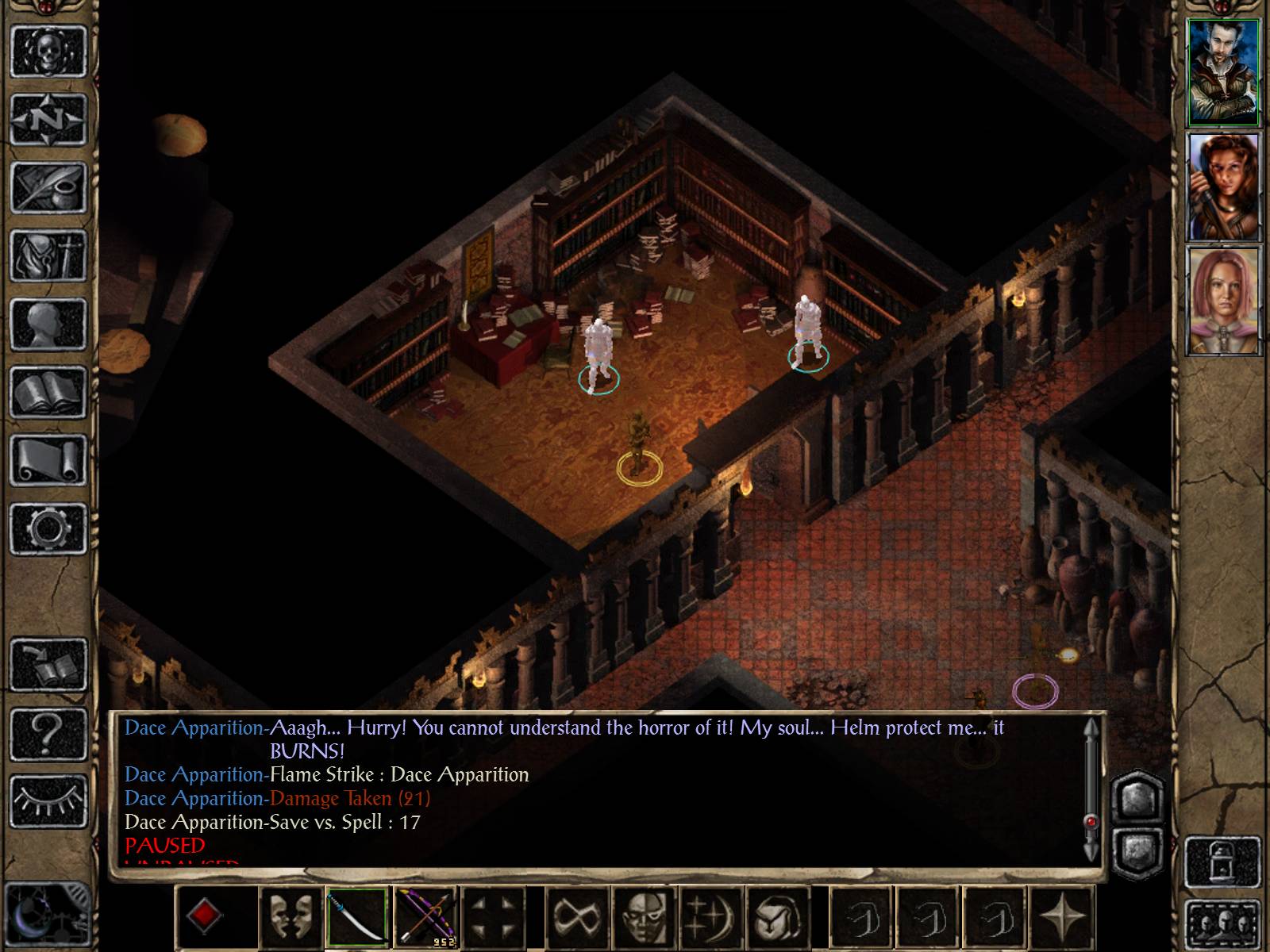