argent77 Member Posts: 2,946
May 2014 edited May 2014 in BGII:EE Bugs (v1.2.2030)
This is another case where one of my party members is stuck on the map. It happens in TOB when my party encounters the Planetar of Justice for the first time (map OH5400). Dorn appears to be stuck behind some invisible wall. I was unable to move on without using the teleport cheat (Ctrl+J)

It took some time to find the cause. This is a screenshot of the map using NearInfinity's area viewer. Dorn appears to be stuck between the invisible avatars of the demons/devils that are imprisoned in his sword. For some reason there are also two instances of Ur-Gothoz. 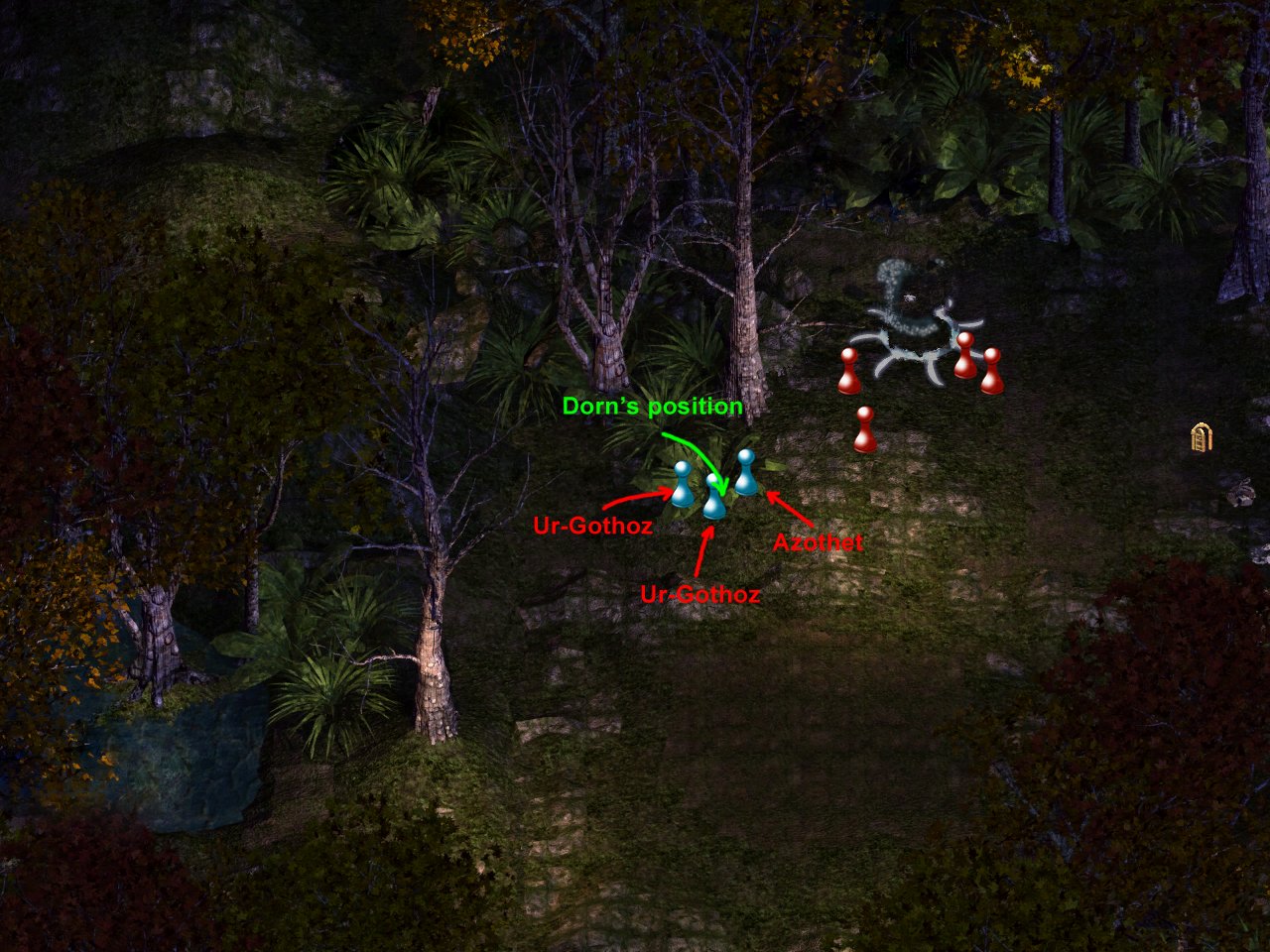 As with the issue described here it can be prevented by using a different party formation before entering the map.

I have also attached two saves for further testing (one save before entering the map and one made after the battle with the planetar).