Dee Member Posts: 10,447
June 2016 edited June 2016 in UI Modding
Cleric/Thieves are at a slight disadvantage when it comes to thieving, because the Thieving button is sitting in the Special Abilities menu.

But what if it wasn't?

Bear in mind, this is a hacky solution; I'm only sharing it to show the functionality. This isn't going to be pretty, but it's functional.

Here's the code you'll be copying:

Change the 'a' to whatever the Thieving button is mapped to on your own game. (by default it's not mapped to anything, so you'll need to configure that however you're most comfortable either from BGEE.lua or from within the game.)

Here's where you'll be copying the above code to (on my system it's somewhere around line 10403):

Launch the game, get to the gameplay screen, and voila: 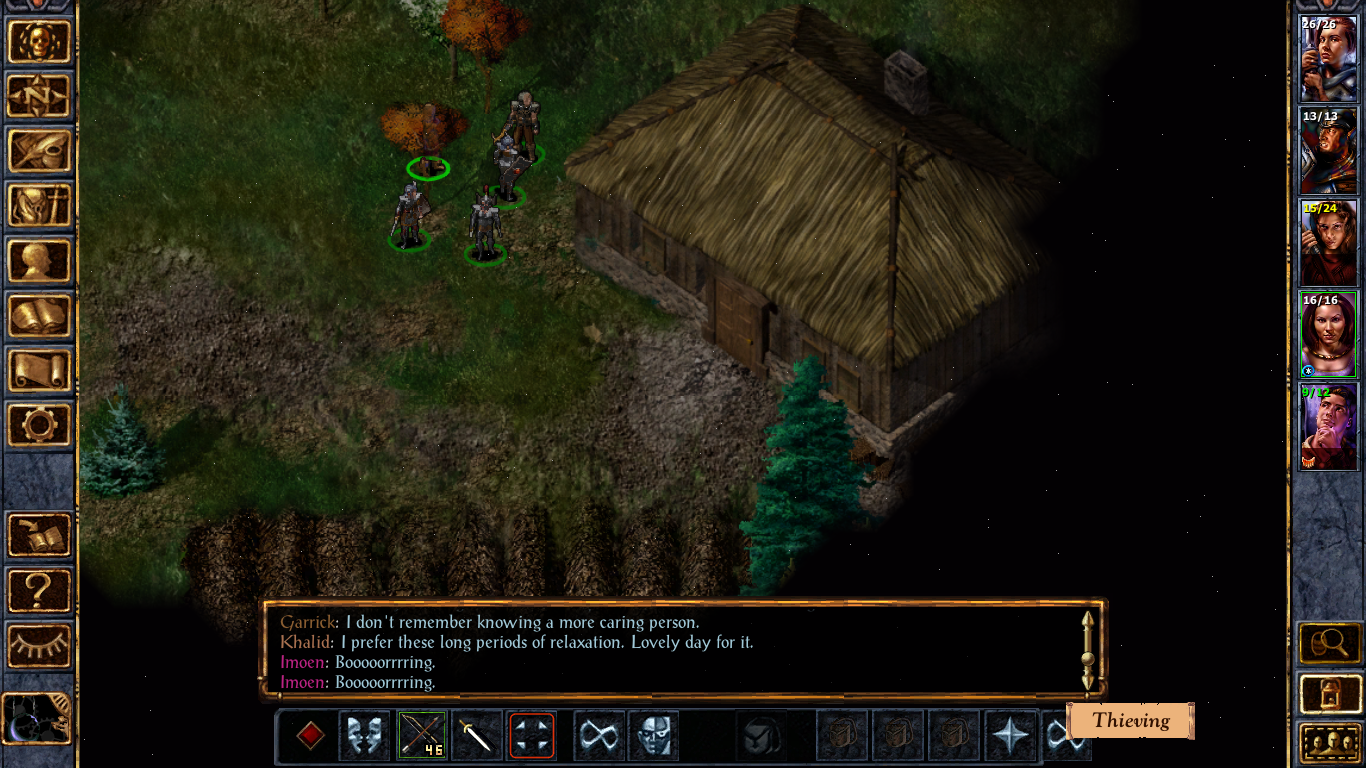