Balanor Member Posts: 172
December 2017 in Persistent Worlds & Multiplayer
So I'm just trying to get a test server setup and showing on the NWN:EE server list, but so far I've been unsuccessful after several attempts over the last few weeks. I have a NWN 1.69 server running on a Windows 7 server on my network (192.168.0.10). Because of that, have been trying to use port 5301 for the NWN:EE server on my Windows 10 test server (198.168.0.2). I have the following setup for the router, Windows firewall, and NWServer itself. From what I can tell, port 5301 should be visible/accessible to the outside world......right? 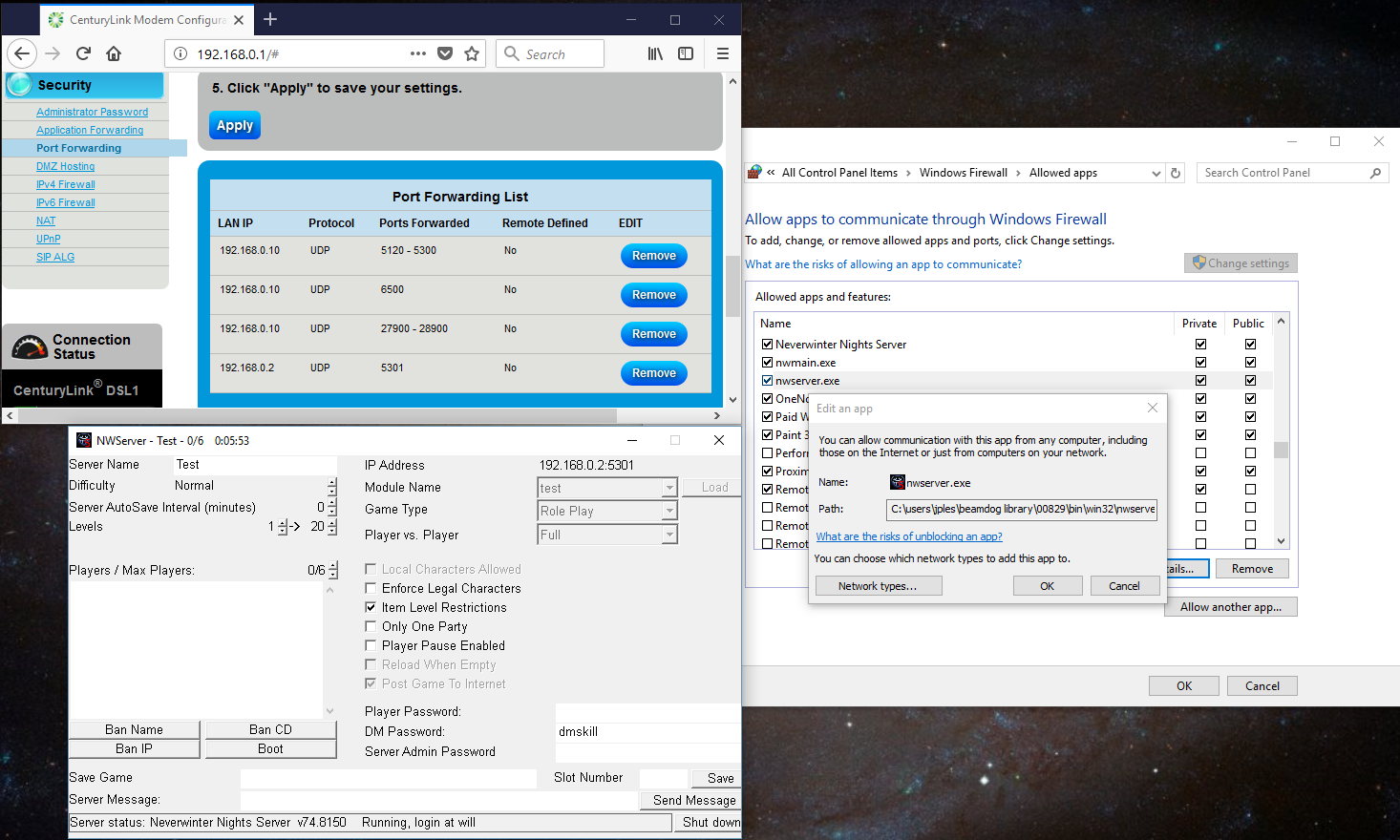 However, when I launch EE and go to Join Internet Game on the test server, or from a laptop on my local network, I always see my external (static) IP for the server showing "Contacting Server" and grayed out, which eventually changes to "Offline". 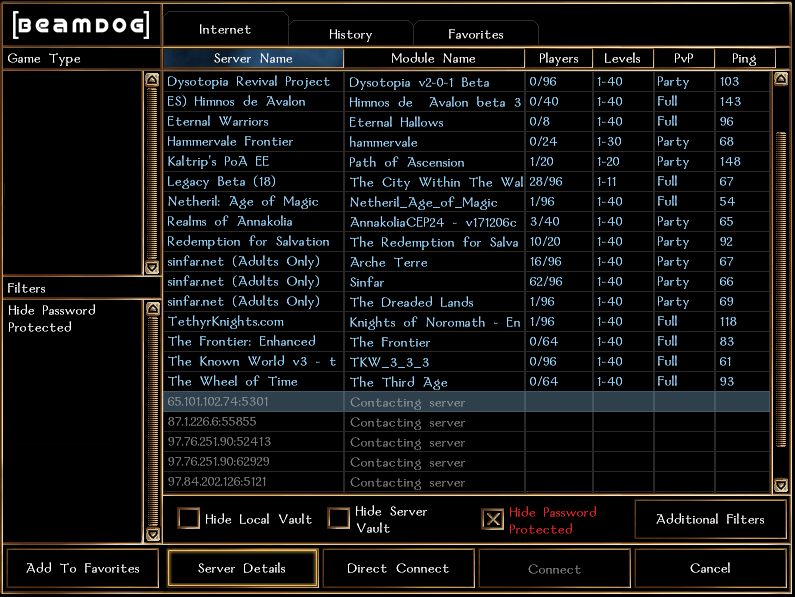 Can someone tell me what I'm doing wrong? I have been hosting a PW for the last 10 years, so I'm really confused that the normal methods I've used to get that displayed on NWN List aren't working for NWN:EE.
0 · Share on Google+ Share on TwitterShare on Facebook