I'm working on some environments to put into an upcoming mod project for Baldur's Gate 1+2. Primarily, I work in Unreal Engine and you can see some of my typical work on my artstation. Trying to match the art style and isometric camera angles in the old Infinity Engine games is a little challenging after spending about 10 years keeping up on the latest in game development work pipelines. This thread is going to serve as a presentation of the process (unless I posted it in the wrong forum somehow and it gets moderated haha) as I build my environments and get them into Baldur's Gate so hopefully if anyone wants to make their own maps, they have a good breakdown of how it's done. At the end, I might put together an actual tutorial so future modders don't have to dig through the thread.

As an environment artist, I rarely sketch out concepts. And if I do, it's just quick ideas for an individual component, asset, or overall composition of a scene. With the environments I'm working on for the Infinity Engine, I'm 3D sketching as I go, making shapes and stacking things together to block out the idea for a map. The first thing you're going to see is a 3D render of a scene or some set pieces arranged together to get an idea of how I want to lay out a level such as the scene below: 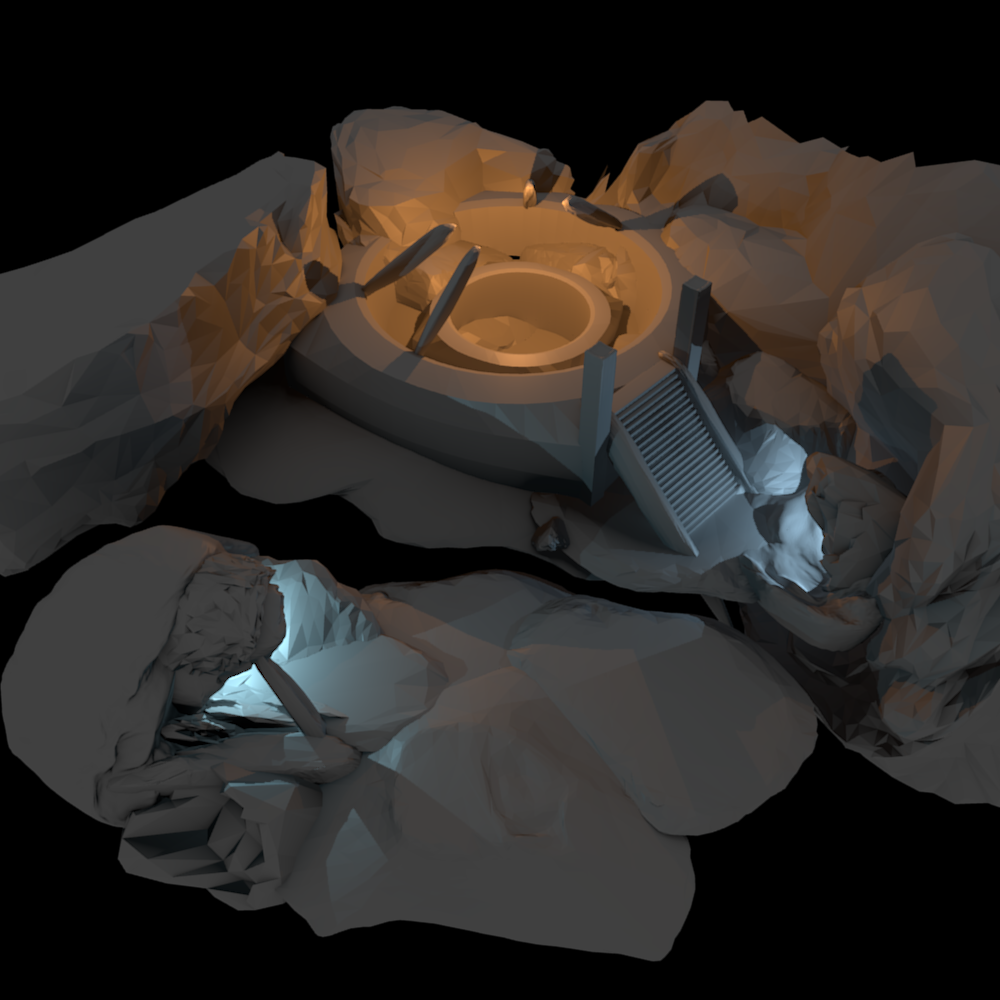 Getting a 3D base for my architecture gets me set up for when I get into photoshop to photo-manipulate textures and other terrain/scene components together to make up the bitmap composition for the overall scene. I prefer to start like this for interior scenes, but for exteriors like grass fields, I'll go outside and take photos of the ground, rocks, etc at certain angles to be photo-manipulated later on in photoshop to piece together an exterior scene. A quick example of this method is below: 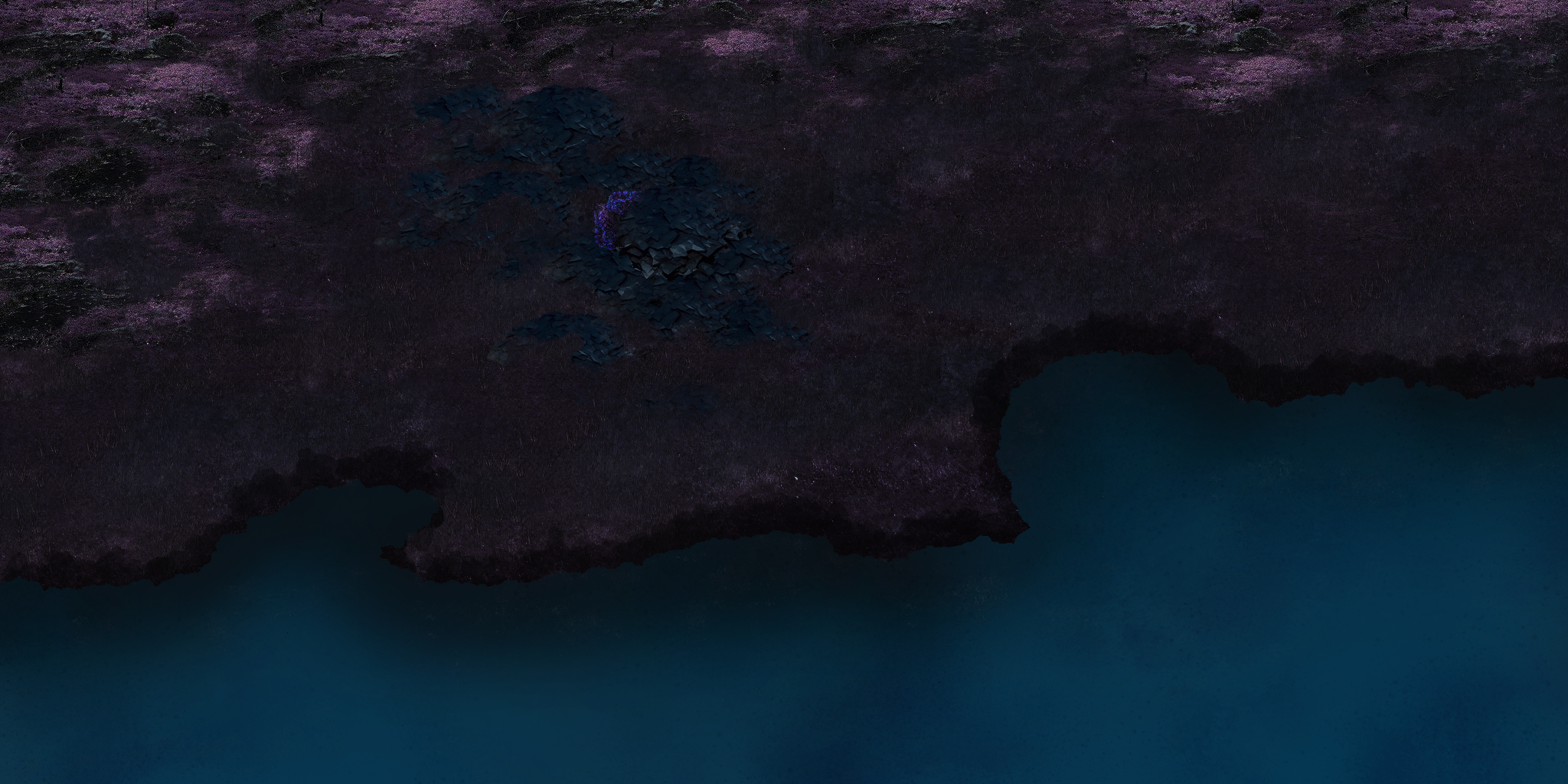 I've also gone so far as to put together scenes in Unreal Engine and take screenshots of chunks of land that I put my foliage models on. The foliage have a lower-resolution texture, about 256x256 that were for a different project. But when you zoom out, the overall visual effect is sufficient for this.

All the images here are the beginning of my experiment, as I adjust my workflow to make environments for Infinity Engine. Blender3D, Photoshop, Unreal Engine, IE Tileset Map Editor, NearInfinity and DLTCEP are all the software I'll be using (might omit DLTCEP as I've already built working maps with just IETME and NI). Of course the 3D renders are higher resolution than the final product, and that will be adjusted later. Let me know what you think and I'll answer any questions you have!

Thanks so much for stopping by!