Soido Member Posts: 172
November 2019 in Baldur's Gate: Enhanced Edition
This happens with my character only 746 XP into the game on the way out of Nashkel and to Beregost. Ambushed by the Dreaded Ten ! And I was waiting for that as I had some matters to sort with them. Below in screenshots what happened. 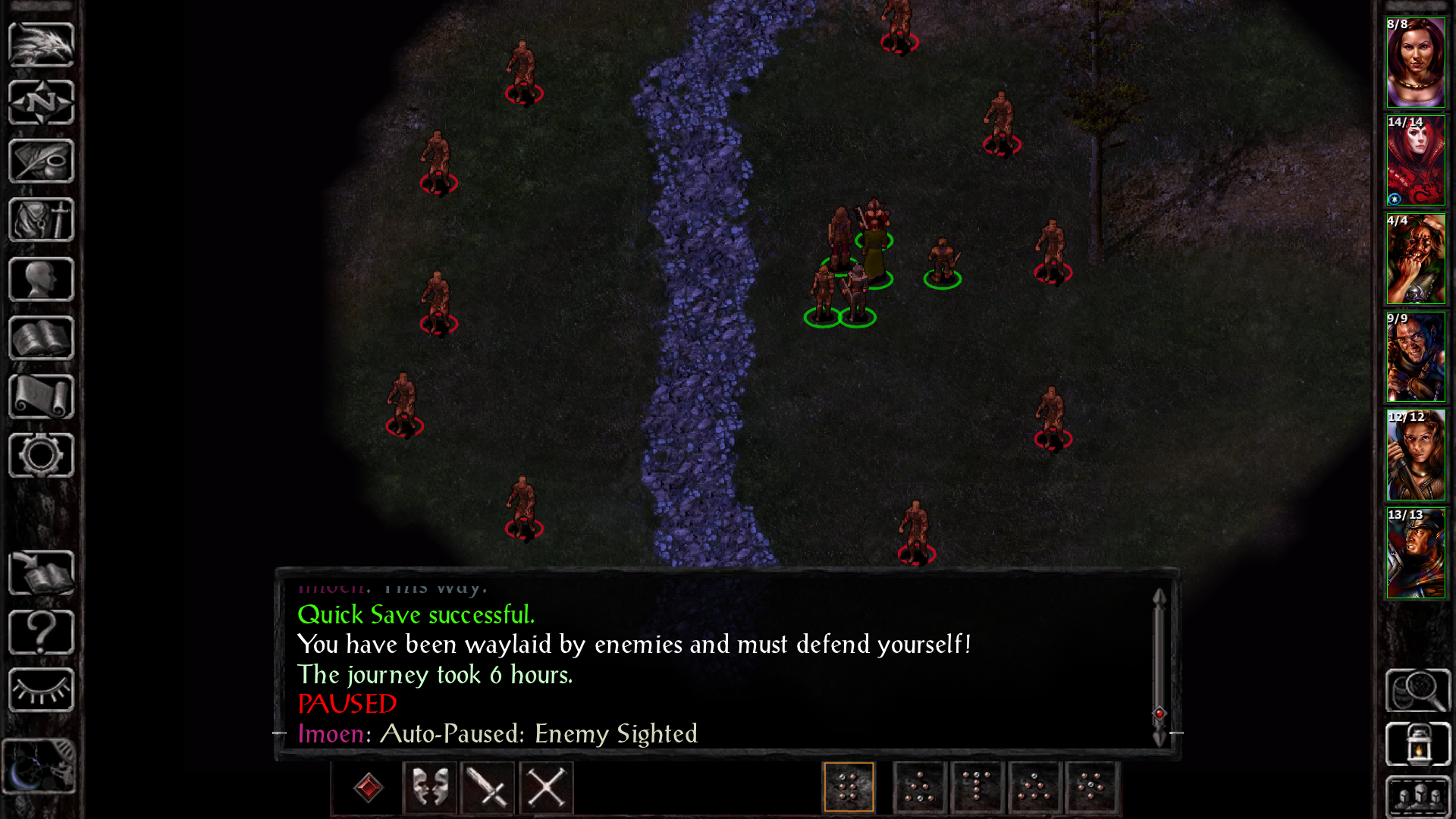 Full utilization of the powers of Cleric/Mage Multiclass.

I opened the encounter with a Sleep but unfortunately only 2 Bandits got affected. Jaheira almost died in the very first round and you can see she is casting Heal on herself while Montaron and Khalid are heading for the two sleeping bandits. 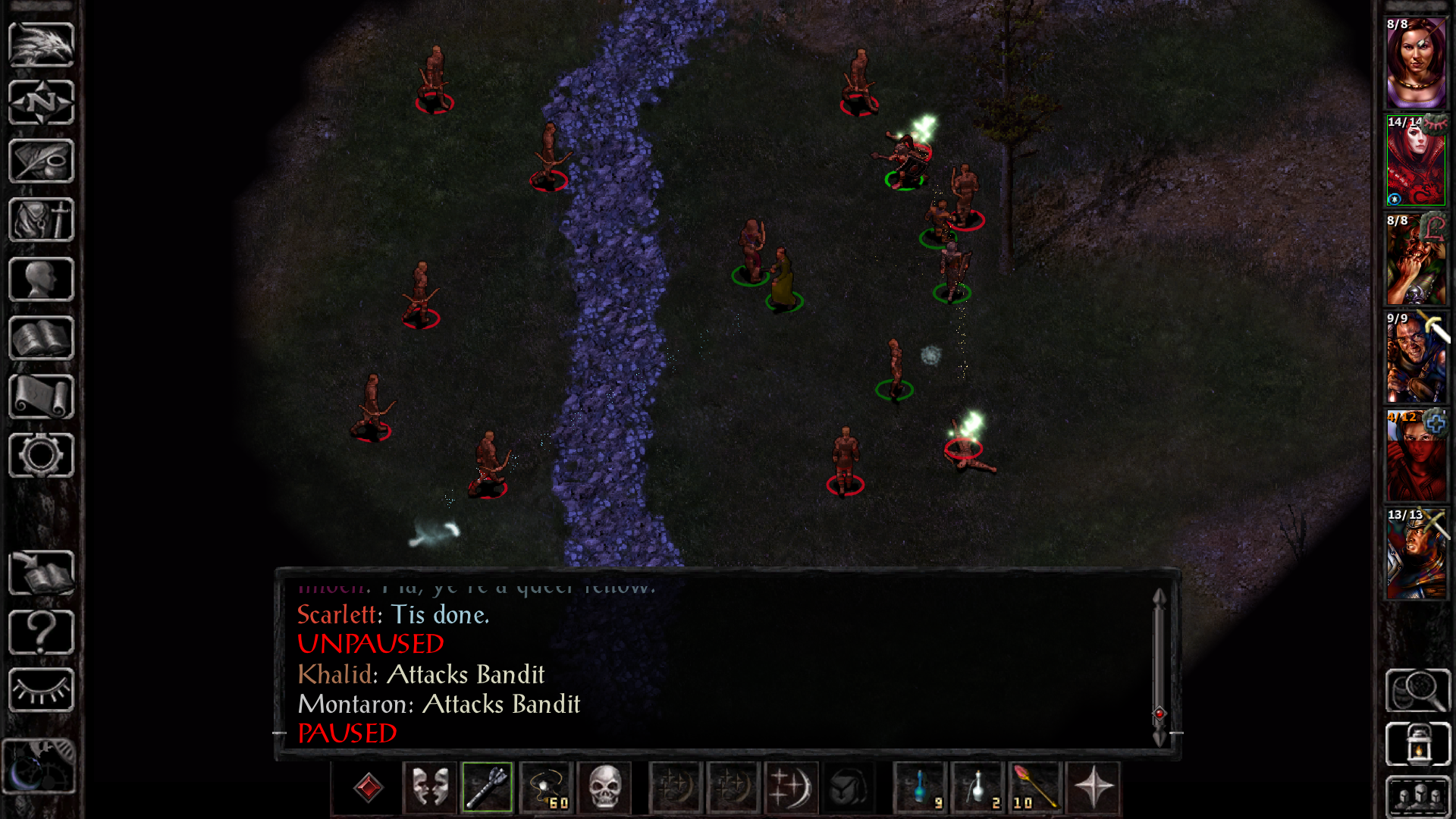 I cast a second Sleep but again unfortunately only 2 bandits were affected. Imoen helped a lot to shoot at them from distance, while I was preparing to cast Blind on one of the shooters at the very top. At this point I was approached by 3 sword bandits in the lower right corner but Khalid flanked them to engage them in melee combat. This allowed me to succeed at blinding my target. Jaheira in the mean time healed Imoen. 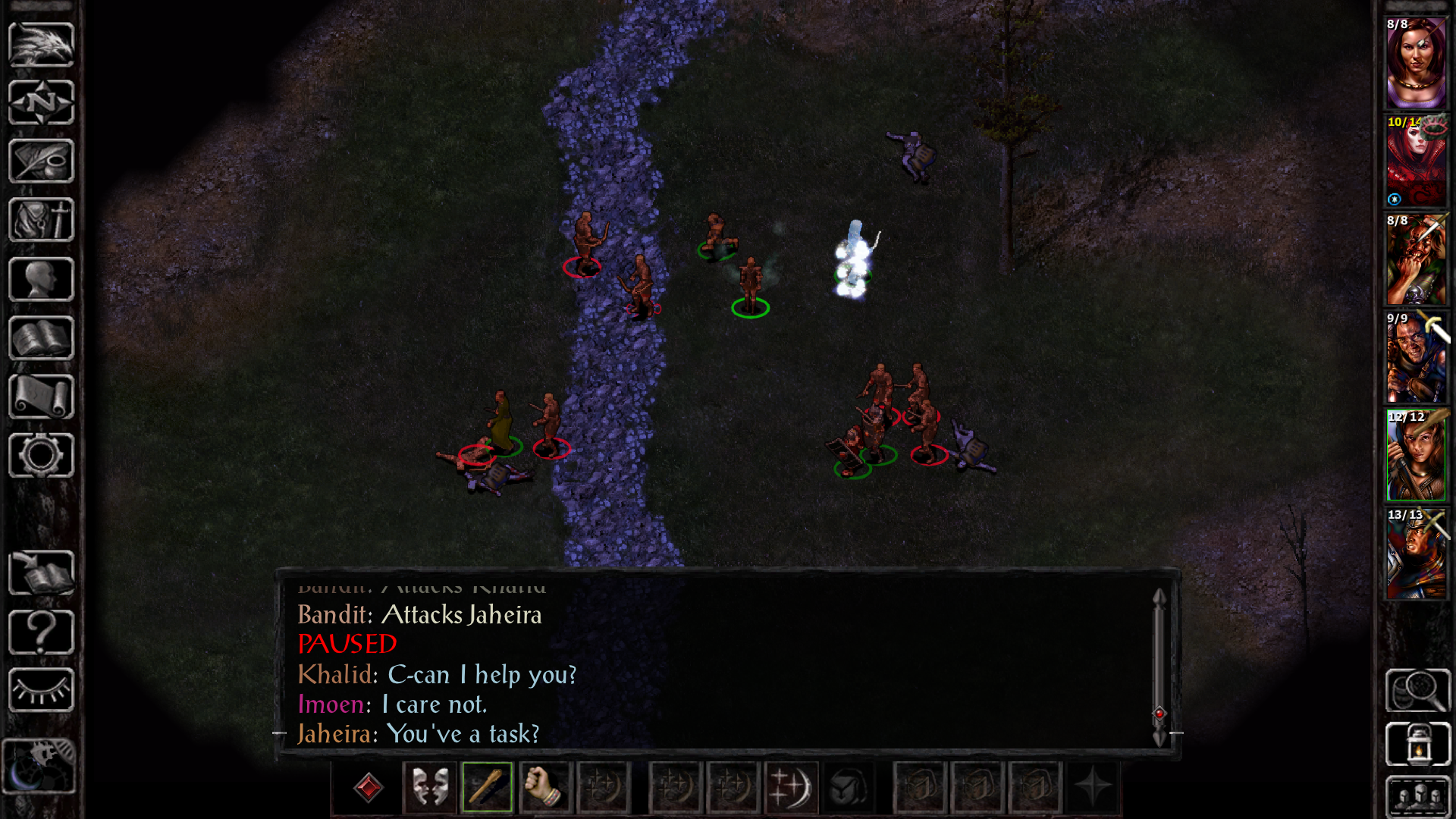 While Khalid was braving single-handedly the three bandits I decided to move away from them and start preparing a second Blind at one bandit who was chasing Xzar. At this time Montaron and Imoen were fighting one of the blind bandits. 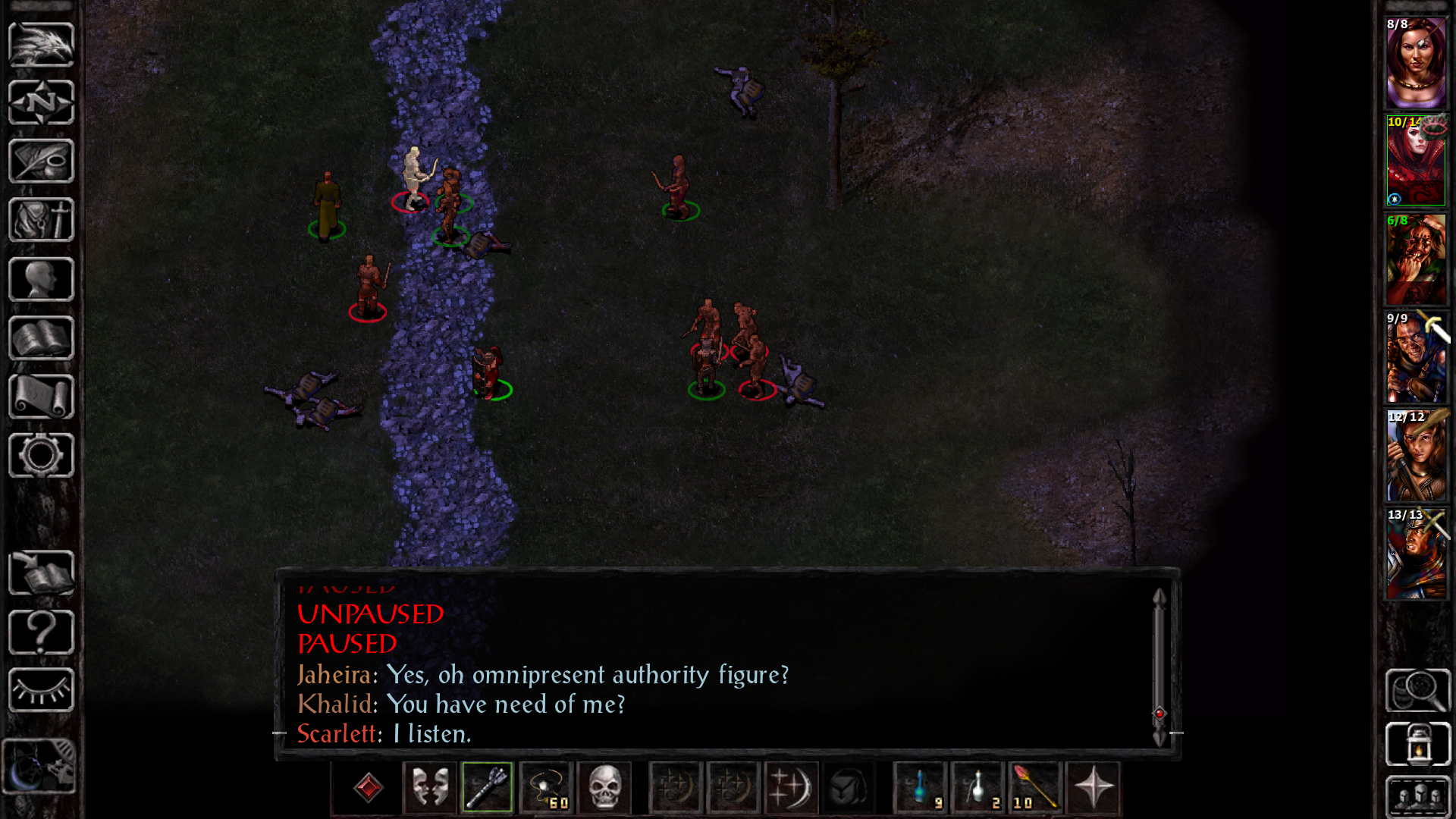 At this point the bandits around Khalid frustrated that Khalid is holding them down decided to split up. One of them went straight for me and the rest went for Montaron towards the central area. The poor bandit thought I must be easy prey only to find himself lying on his back by my Command. Poor fella couldn't do anything against my mace. 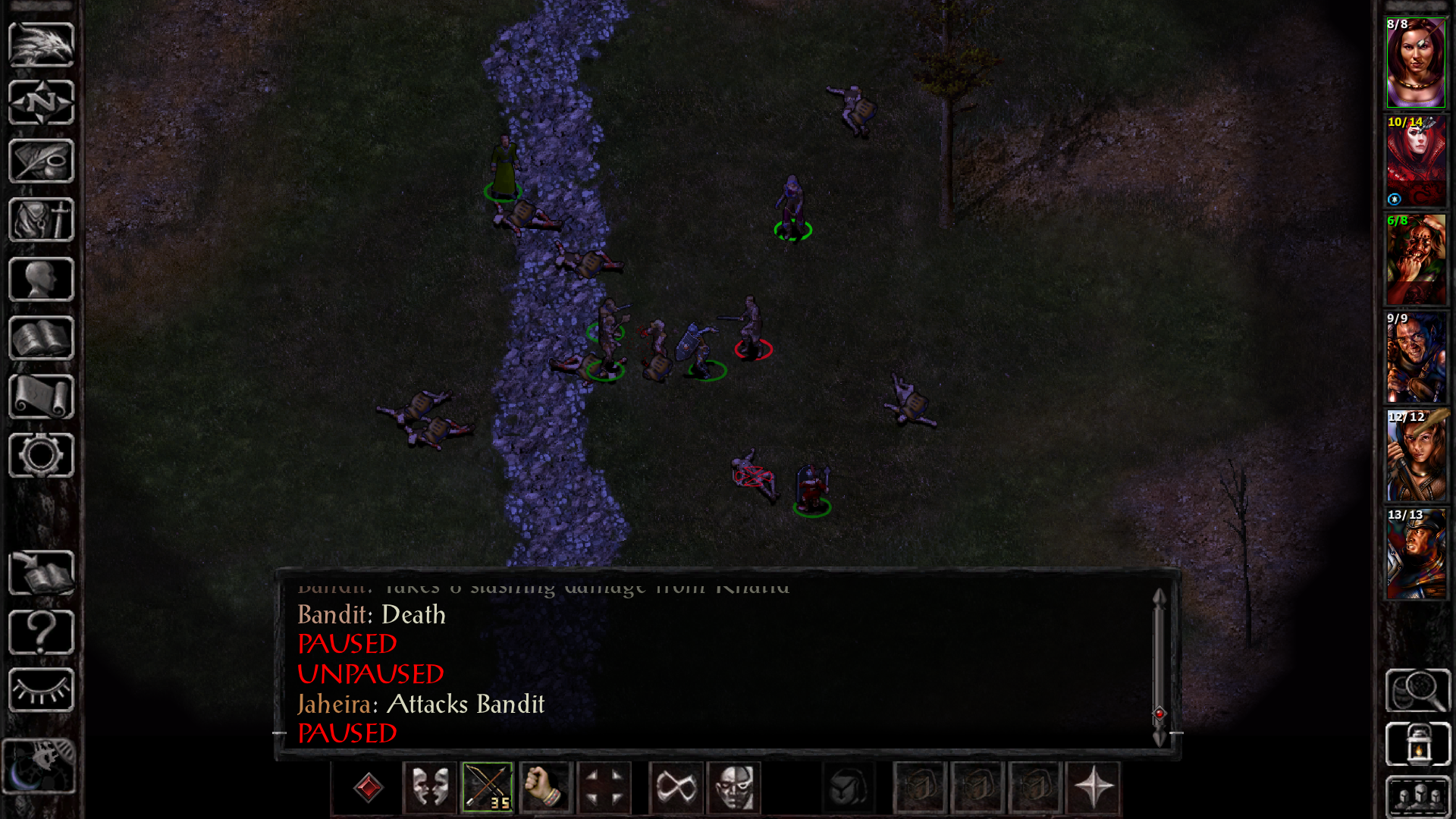 Out of anymore spellpower I decided to join the fray at the center where the last standing bandit was getting surrounded by all sides. I shouted at him "How does it feel being surrounded you knave" 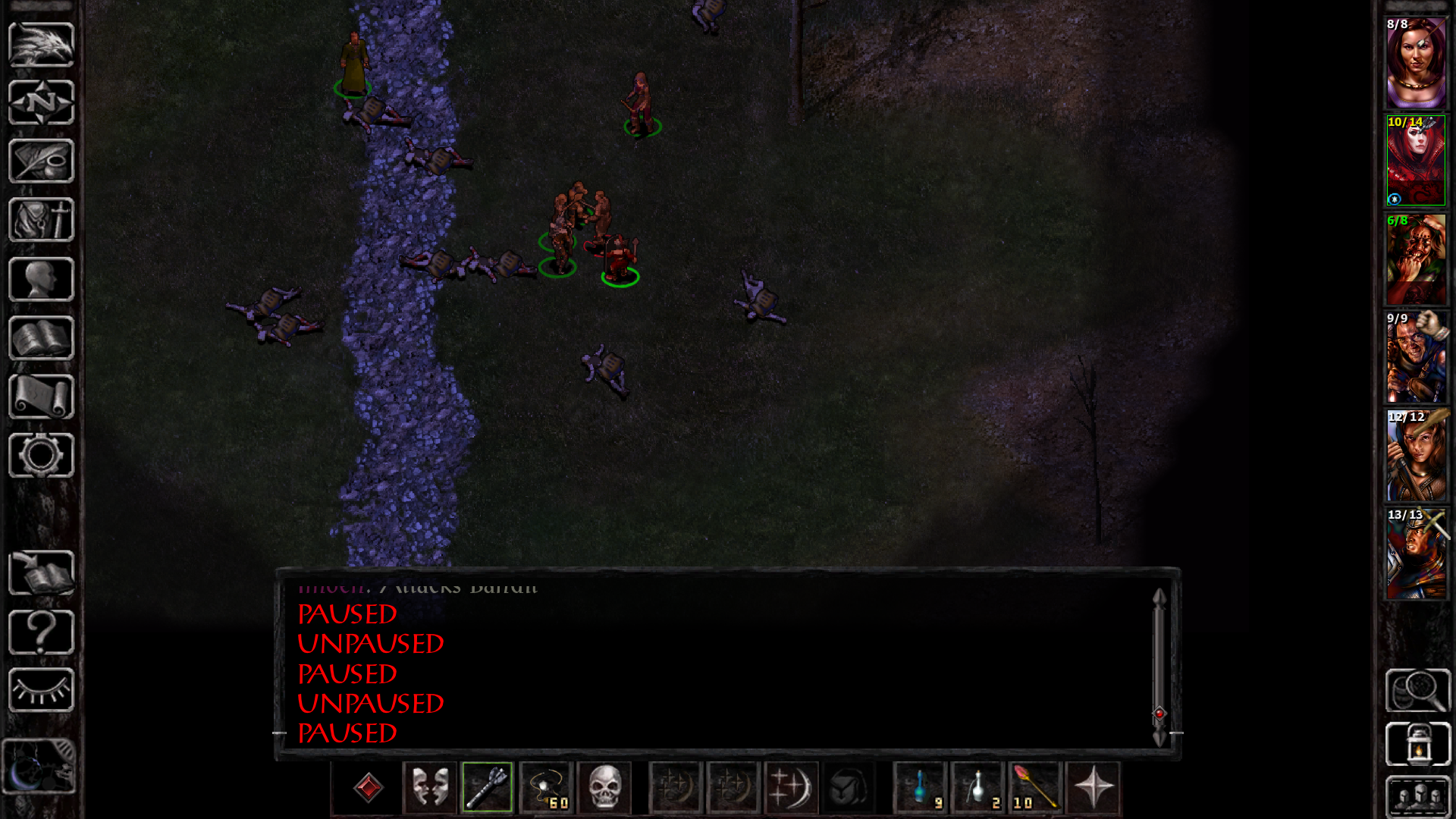 And it was all over. Oh yes I looted them good. 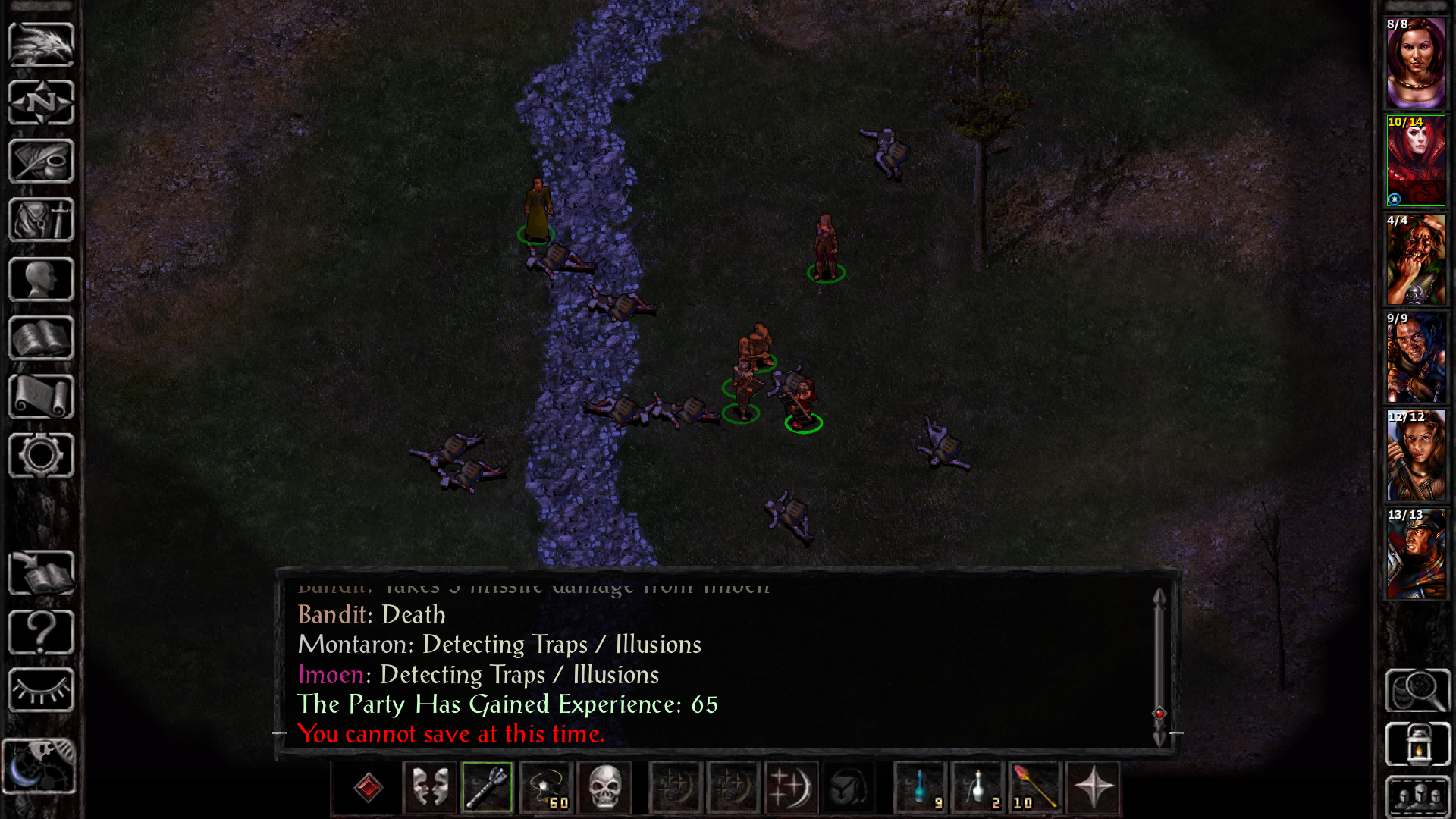