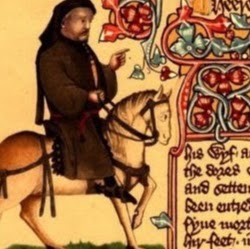 Eyvind Member Posts: 4
March 15 edited March 19 in Baldur's Gate: Siege of Dragonspear
So I am doing a second playthrough of Siege of Dragonspear, and trying to get the Remote Control trophy on PS4. Problem is that while I have no trouble getting Teleria to sell me the golem (either at full price or a discount), the trophy does not pop, even if I go back to camp and talk to Soralis about it.

No achievement or trophy guide mentions additional steps. Is this hopelessly bugged? I've reloaded, and retried, with different dialogue paths, different characters, before and after completing different quests, but nothing happens.

EDIT: I guess the trophy might not pop until the final battle, but none of the guides said that. Is it a glitch or does it pop later? Has anyone here gotten it and knows?

EDIT2: Meant to come back and fix this. The problem turned out to be that there were no guides for PS4 trophies, so I was looking at XBox achievements...and for some reason the PS4 has three fewer trophies than the XBox has achievements, the only game I've encountered that has that.

So if anyone encounters this problem, Remote Control, Urge to Kill, and Seeker of Secrets are XBox trophies with no PS4 equivalents. Since there is not even a forum post on Playstationtrophies.org as of this writing, let alone a road map or guide, I predict I won't be the last person to be using XBox guides and getting confused.
Post edited by Eyvind on March 19
0 · Share on Google+ Share on TwitterShare on Facebook