This game hates me (SOLVED)

Soido Member Posts: 172
May 25 edited May 25 in Baldur's Gate: Enhanced Edition
So much for my no-reload run. I had exactly 14 HP and met 2 kobolds. The very first arrow they fire made 8 and 6 damage respectively on my dwarf berserker. Just the exact amount to kill. What is the chance of this to happen ? 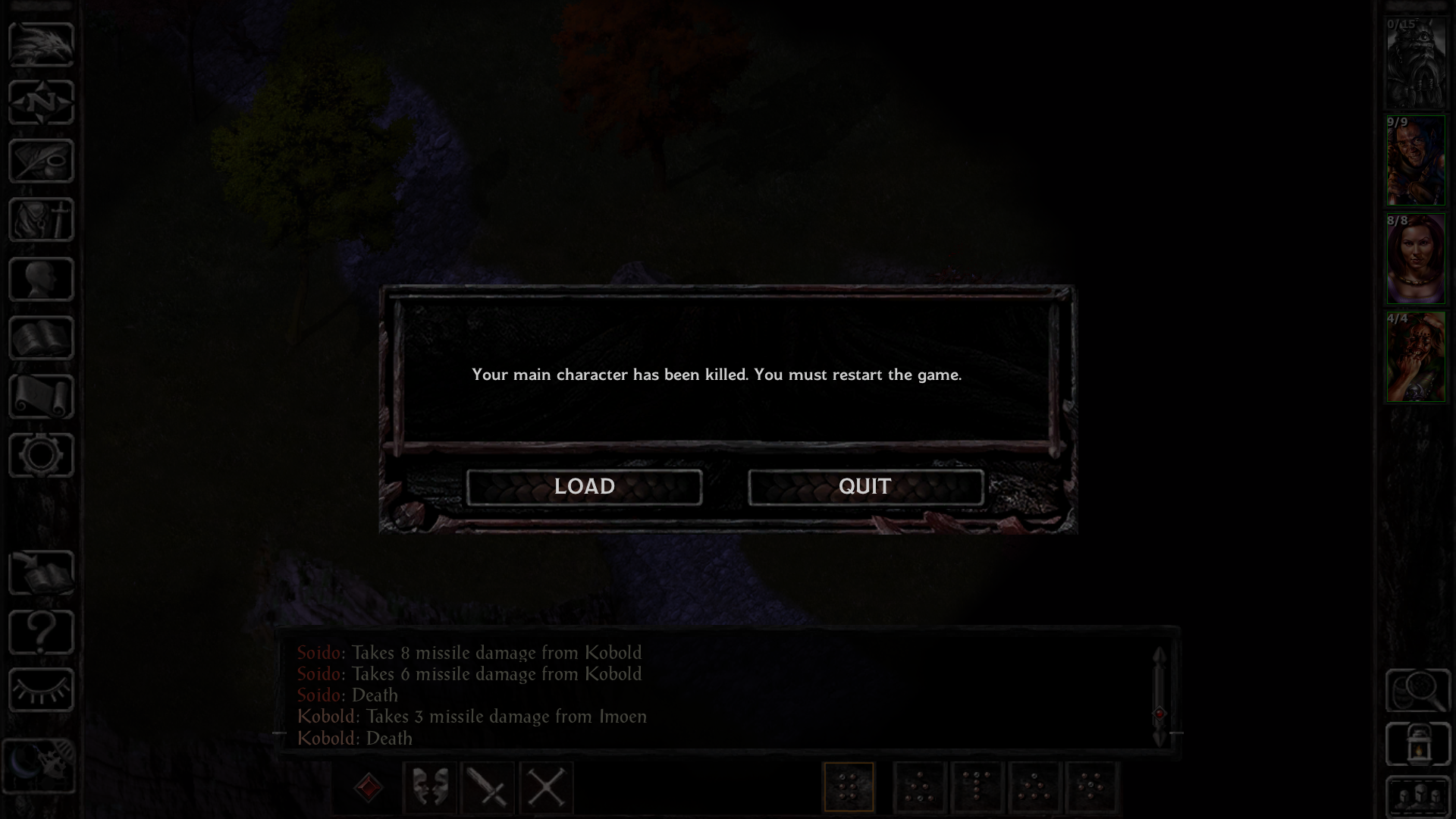