This challenge is simple: to run BGEE and BG2EE with a party that never casts spells. I play with my usual collection of mods - updated just before this run started - and at Insane difficulty.

In detail, the rule is that anything accessed through the crescent moon spellcasting button is out. No arcane or divine spells. No HLA spells. Also, Identify and arcane sequencers/contingencies are out. Innate abilities and items are allowed, including casting from scrolls - although we won't use scrolls often often. Learning spells for the experience reward is allowed, but will only be done in BG2.

The protagonist for this run is Magpie, a halfling fighter/thief. Her name was supposed to be Maggie, but the scribe put the tail on the wrong side of a letter. Here she is, as she's about to leave Candlekeep for the wider world: 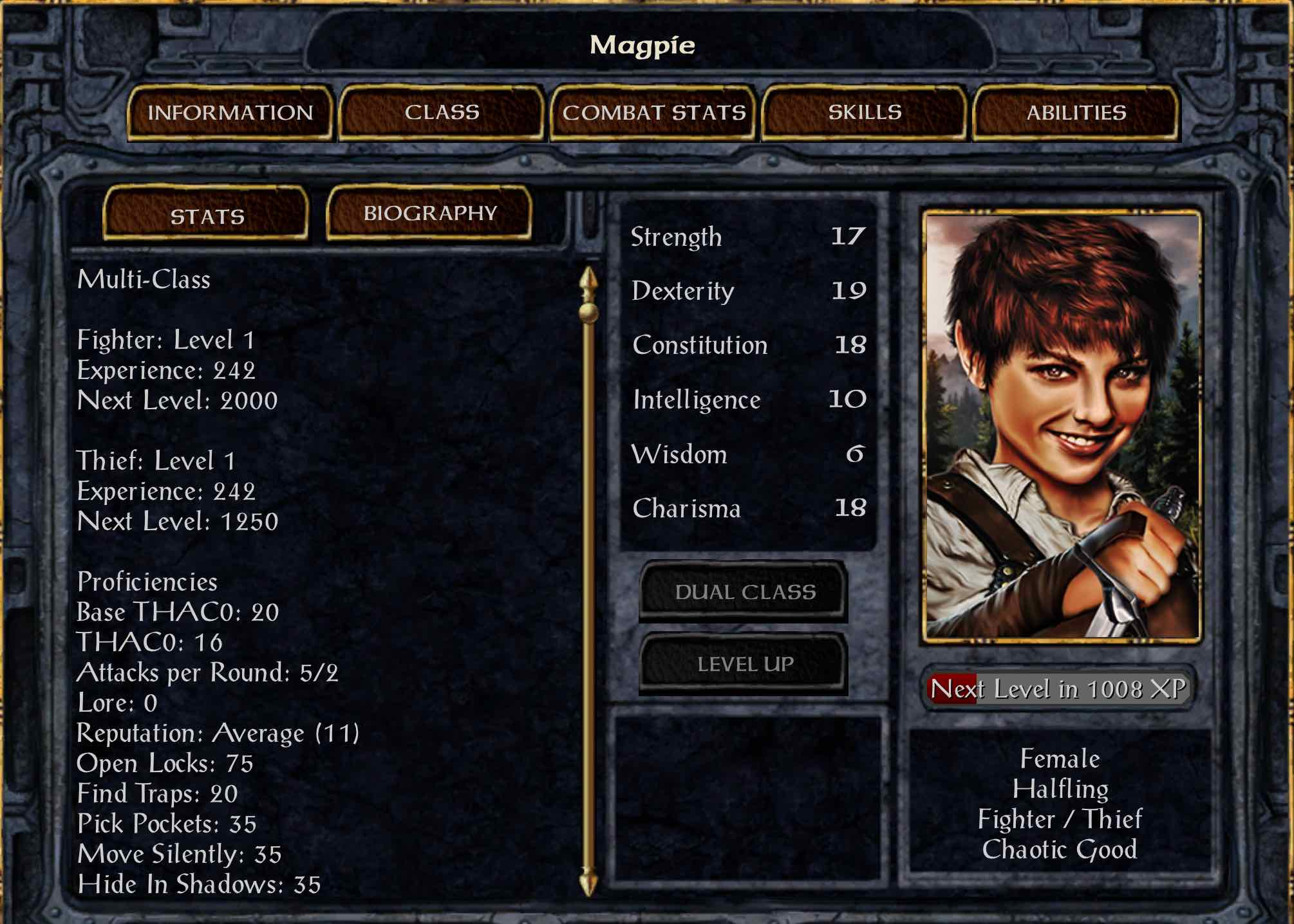 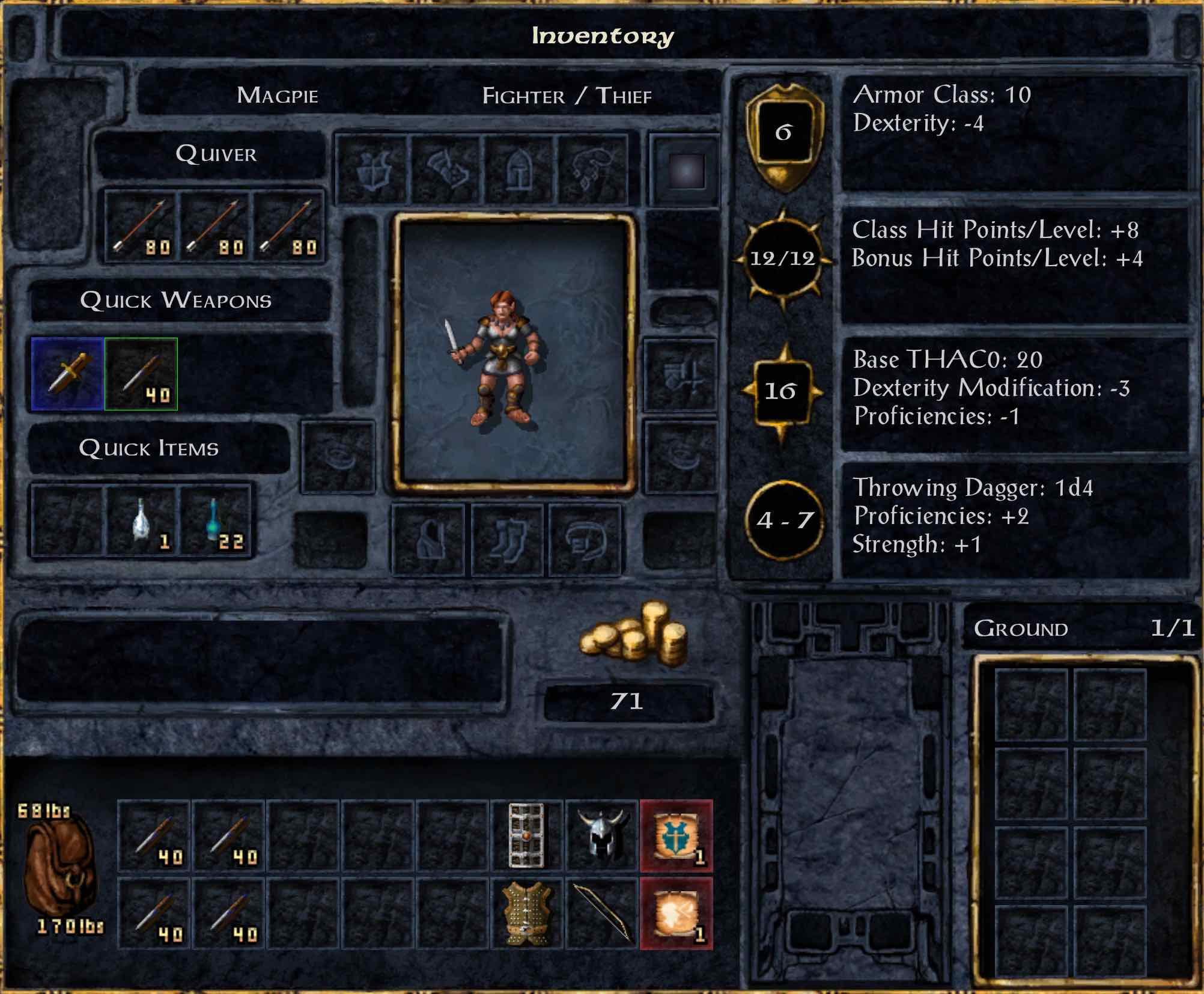 Her helmet, armor, and shield have been taken off so as to better display her colors.
Proficiencies: specialized in daggers, specialized in scimitars.
Magpie was able to scrounge a very large amount of gold with her thieving skills and charisma - and she spent most of it on a stack of healing potions.

Finally, a little gimmick because it amuses me: every part's title will have at least one word deliberately misspelled as another. After all, this party can't spell.