I thought I'd start a GemRB thread, since I haven't seen one (apologies if one already exists). Not sure if I should post this here or in General Modding.

Anyways, here's a screenshot of the demo. I'm running this on Ubuntu. In the demo, you can walk around, and that's about it. I really like the area background. I'm planning on adding stuff to the demo, like monsters, NPCs, and all that jazz. Don't expect a full game from me yet, though : P 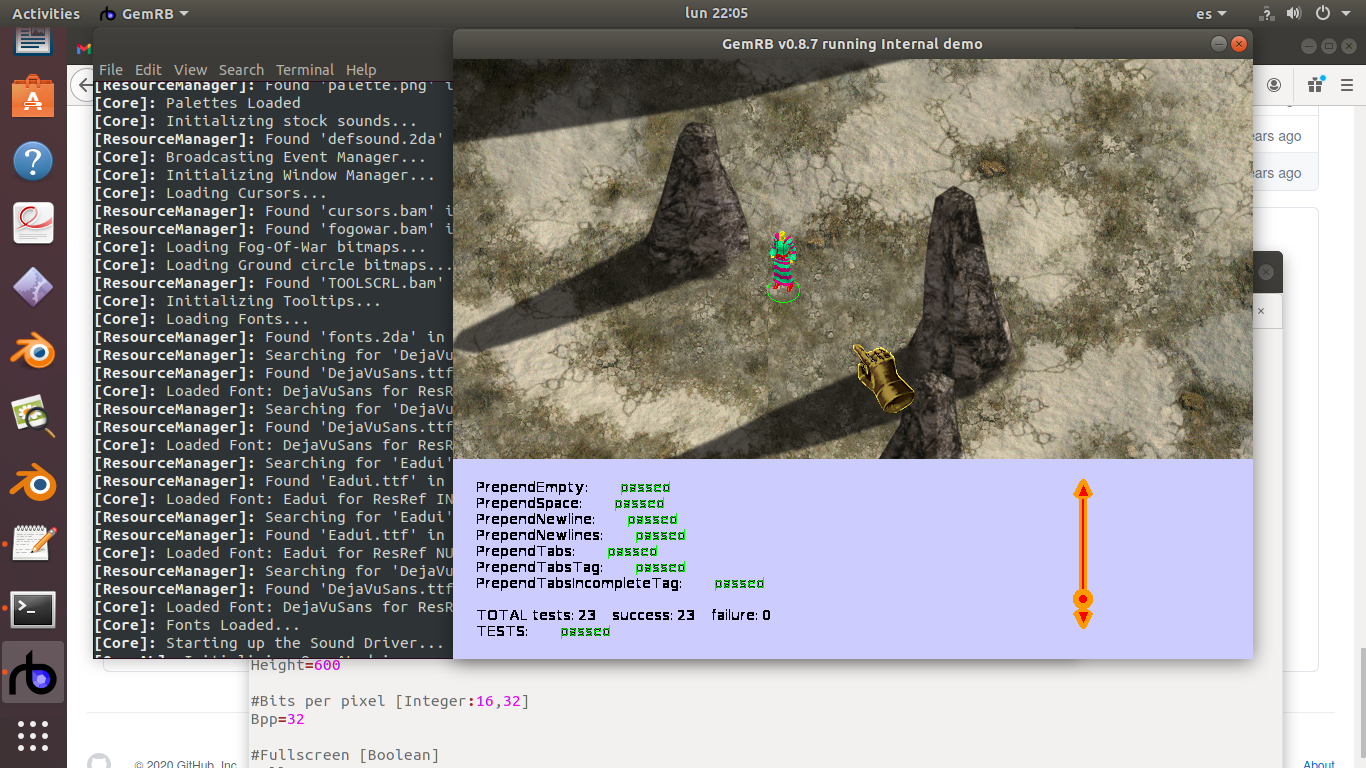