Need help with Heart of Fury walktrough (no spoilers)

I have vanila Steam clean version Icewind Dale: Enhanced Edition, I have created my own character, in sake of gender equality in this time a female magician, I puzzled for a long time which class to take (I am playing magic only classes with a very few exception in RPG), in the end the Wild Mage was the choice! I have regret it many times after...

All other characters in the party were default that came with game itself. 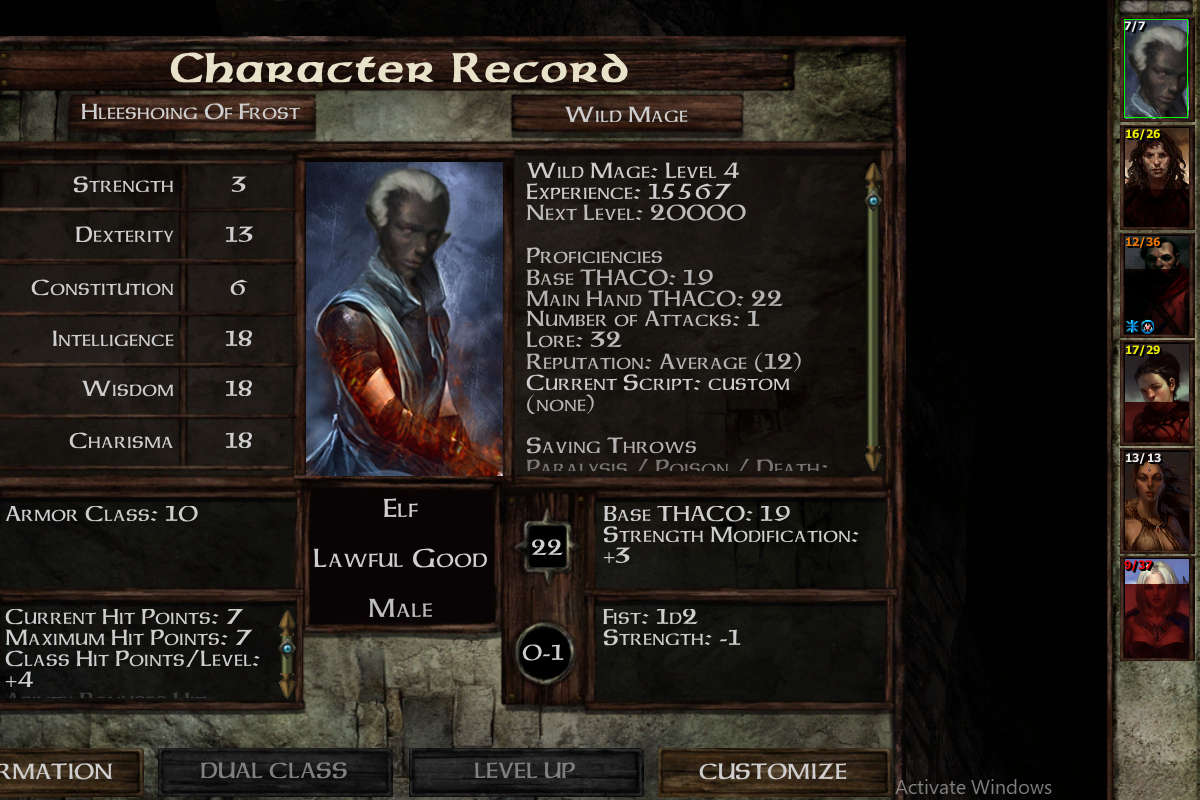 The battle against bloody orcs bandits leading by a Orc Shaman was incredibly tough, I spent almost three hours to defeat them! So I have couple of questions...

— Where I can get a bestiary of a kind for IWD: EE? I need to know what type of armor orcs using for an example to adjust a weapons of my party, it's always hard to chose between THAC0 and attacks per round...

— What better weapon proficiencies to take for my party tank (Undead Hunter)? I pick Bastard Sword already, and I think that was wrong... Because somebody told that in IWD will be a lot of undeads, which on HoF will be probably immune to anything except blunt stuff.

— Does sex change by Wild Surge can break a game? I actually created female char, but I have forget how many times the gender is changed already... Thanks to all gods I have somehow created kind of unisex portrait for the char on the beginning when I don't even know what magic specialization will be.

— Any other advices for the party above?

P. S. No spoilers pls, and thanks in advance for the answers!
0